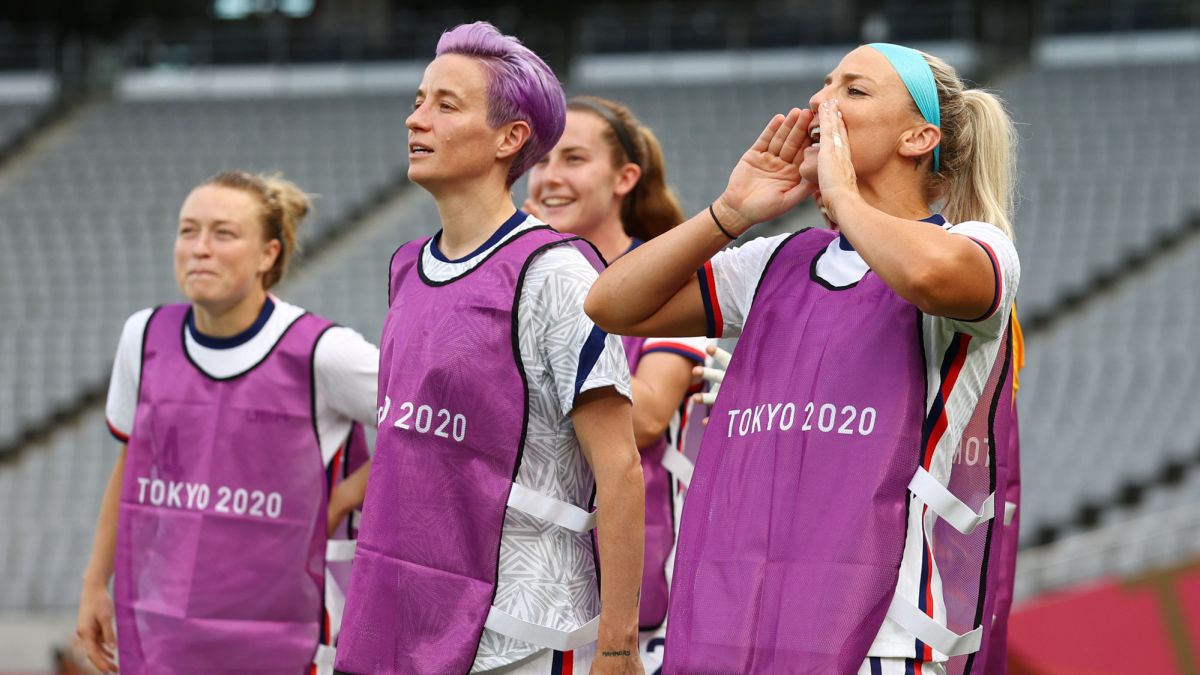 One of the most anticipated events prior to the official start of the Olympic Games was the women’s duel between the United States and Sweden National Teams in soccer. Five years ago, in a knockout game, the Swedes stole medal hope from Megan Rapinoe and her teammates. Now, they wanted to take revenge, but the situation was even worse and they thrashed them. Therefore, thinking about a break today is impossible and this was glimpsed at the opening ceremony of the fair.

Within a delegation of 613 athletes, the representative of lThe Stars and Stripes could not be counted at the time of the walk, since they had a previous practice and they had to perform their own ceremony from the concentration hotel. Rapinoe even spoke on the live stream with NBC to leave a few words about the current situation of the group that is currently world champion.

“It is not common for us to lose and much less common for us to lose (to Sweden). TWe have a game tomorrow again and that is what we are concentrating on now. We need to take care of our work. We are not at all happy with our performance last time and we definitely need to be better tomorrow. We are excited to show it, “said the forward, who was heavily criticized, along with the team, on social media for” concentrating more on their protests than football. “

The United States, which are in Group G, will be looking to move into the qualifying zone when they face New Zealand. The New Zealanders opened the tournament against Australia and gave a good fight to the degree of trying to even the match in the final minutes after Gabi Rennie’s supplementary score. The meeting between these two squads will take place at 7:30 (ET) from Saitama Stadium; in case of losing the USA it could only aspire to qualify as one of the best third places.

Megan Rapinoe absent, but full of pride for his wife

Although Megan Rapinoe could not be present, we could already observe how he celebrated with his team, but he also did it in spirit with his wife, Sue Bird, who was one of the flag bearers of the United States delegation. Nobody better than Rapinoe understands what went through the head and heart of the historic Seattle Storm member: “She is a five-time Olympian and is on her way to her fifth gold medal. I know what it means to her and how dedicated she is to her. I know this is the world for her and I couldn’t be more proud and happy for her. “