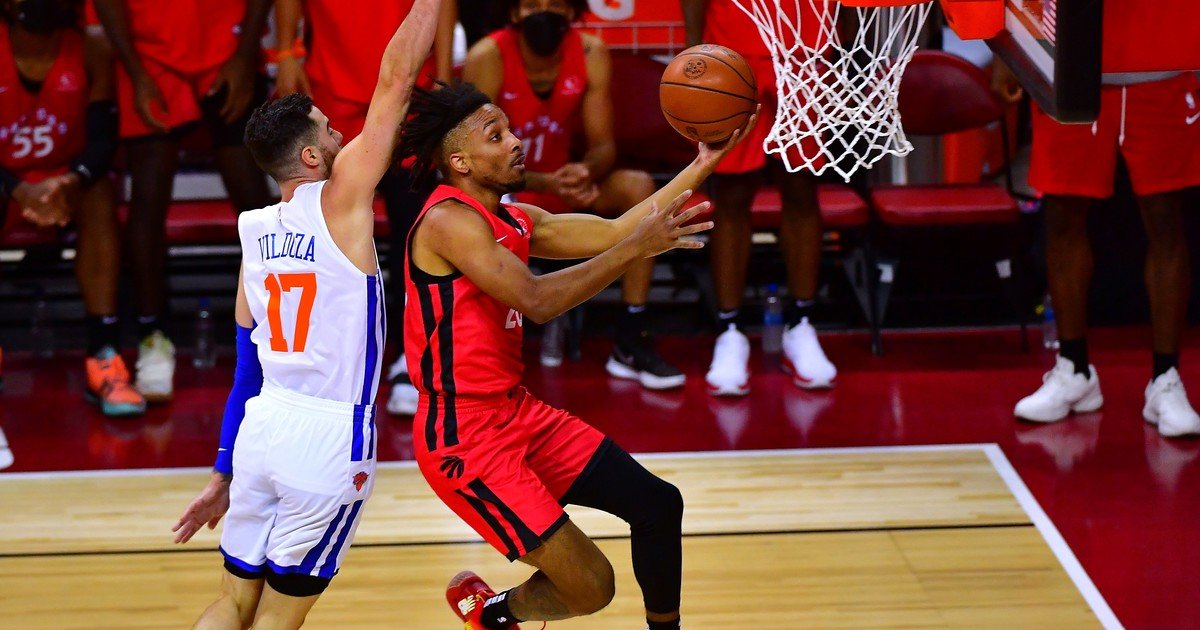 From Tokyo to Las Vegas, nonstop. After your participation in the 2020 olympic games, Luca vildoza grabbed the suitcases and went to The Big Apple, where he joined the New York Knicks to play the Summer League and win a place in the franchise.

His debut was with a loss to Toronto raptors by 87-79, where he could not score a single point. He will play again this Wednesday against Los angeles lakers.

The Argentine guard made his presentation with the Knicks jersey in the preparation league at the start of the regular season of the NBA. With three assists and a rebound in eight minutes and game coins, The Mar del Plata took off the anxiety of taking his first steps in the best basketball in the world and was able to stand out with a notable enablement (alley-oop) to Justin Patton against the clock at the close of the first part.

The 25-year-old is coming off a great season in Baskonia, where he became one of the pillars of the team and without a doubt that the passage to the American competition will bring him a leap in quality for his game.

Although to ensure his stay (he has a one-year contract, with the option of two more), the one who emerged in the Quilmes Mar del Plata will have to show off in this competition, which is made mainly for young people and beginners to show themselves and earn a place.

When will Vildoza play again?

Everything indicates that Vildoza will have his second performance this Wednesday against the Lakers starting at 11pm, where he will have more hours of training and adaptation with his teammates, with whom he had to understand himself under the same language but without the specific codes for his recent arrival after the Games. Then, they will face the Pistons (August 13 at 9:00 p.m.) and a day later they will close the initial phase with the Cleveland Cavaliers.