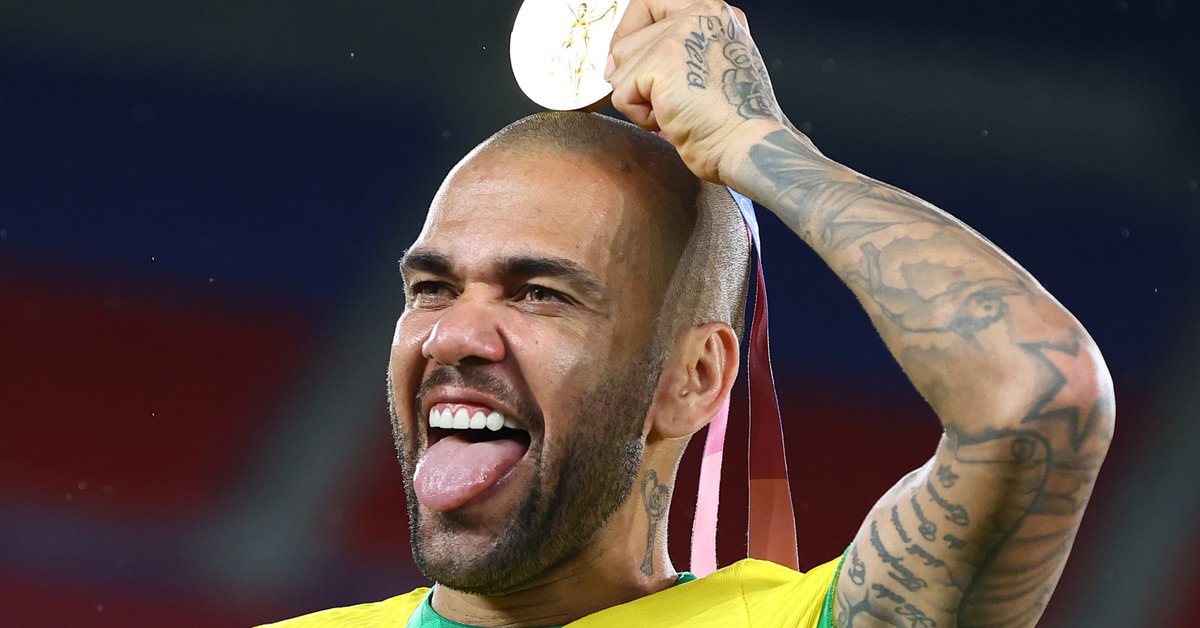 It was not all tears and ovations at the Emotional farewell to Lionel Messi from Barcelona. After the final speech, the former captain of the Barça team took some time to answer the questions of the journalists and He took the opportunity to reveal what his next goals are in international football.

Besides wanting to conquer a new Champions League, the Argentine also wants to continue breaking records and the one who has between eyebrows is that of be the player with the most titles in football history, your friend’s place Dani Alves.

After hearing what his last words were within the culé institution, the Brazilian defender spoke on social media.

During the press conference, Messi acknowledged that he had “The thorn of having achieved some more Champions, as in the Chelsea semifinal with Pep or the last with Liverpool. One of my goals is to win the Champions League again and get the majority of the championships that I participate in. I want to catch up with Dani Alves, who is a great friend ”.

“The people of Barcelona know me. They know that I am very competitive and that I would have given everything to continue fighting championships. I want to take this opportunity to congratulate Dani Alves who has won the Olympic medal, I I will continue working to match it in the number of titles. Now I’m going to find a new way to keep winning things, ”added the Argentine.

Finally, Dani Alves answered him through a publication on his Instagram account. Below a photo in which they can be seen during one of the years they shared together in Barcelona, ​​the defender wrote:

“The greatest of all! You can surpass me whenever you want, it will be one more assistance for you. After my girl, my best pair. Thank you for everything you gave us, thank you for sharing so much and thank you for letting me be part of your story. What an honor to be able to closely accompany your evolution. To continue making history wherever you go…. Here will be a CRAZY always at order and for all moments, especially for the less good! They love you a lot around here papitoooo ”.

So far, and with the obtaining of the Copa América, Lionel Messi has 38 titles, of which 35 are with FC Barcelona (In addition to the last Cup, he also won the 2005 Under-20 World Cup in Holland and the 2008 Beijing Olympic Games with Argentina).

Dani Alves, for his part and after obtaining the gold medal in these Olympic Games in Tokyo 2020 (by beating Spain in the final 2-1) reached 43 titles in his long career.

Barcelona confirmed the seriousness of Sergio Agüero’s injury: the lengthy period he will be out and when could his debut be
Paris waits for Messi: the madness of PSG fans before the imminent arrival of the Argentine
The message from Neymar’s sister to Antonela Roccuzzo that would confirm the rumors about Messi’s fate