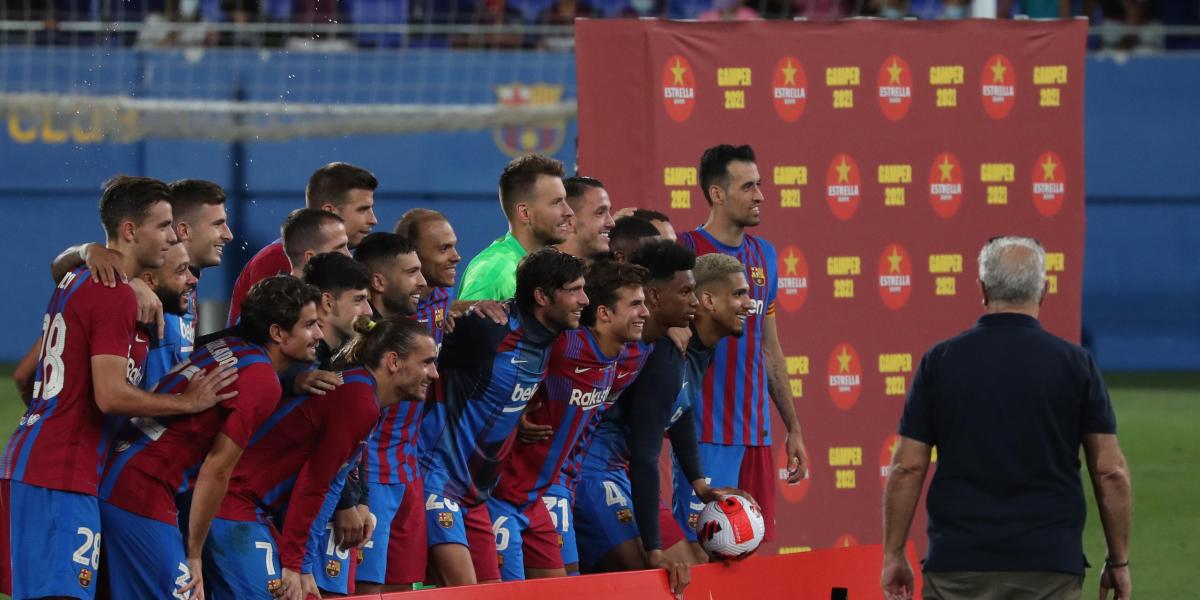 FC Barcelona announced on Thursday that Leo Messi he will not continue at Barça. Joan Laporta explained the economic reasons on Friday. And the Argentine said goodbye yesterday morning through tears. In the Gamper, hours later, a new life was definitely beginning for Barça without the ’10’ full of questions, but, although he was not present, the Argentine star continued to be the protagonist. It could not be otherwise. The shadow of the best player in the world and in the history of the club is and will be very long. Banners and T-shirts were displayed in his honor.

That the reason for the departure of Messi, possibly to PSG, which is, in a very summarized way, that the club does not have money to pay it, it caused a part of the 2,924 fans present to take it with some players with very high chips who are contributing very little to the club. Samuel Umtiti, weighed down by injuries in recent years, and Miralem Pjanic, which does not count for Ronald Koeman, were the main recipients of the whistles. There were also less noticeable whistles for Dembélé or Coutinho.

Then, during the game, despite the good image of the team, the boos returned to Umtiti, the only one of the four who played, when he jumped to the grass and when he touched his first ball. Common sense prevailed as the minutes passed and the applause for Umtiti they beat the whistles in the following actions. No, the French central is not to blame for the goodbye of Leo. It did not sit well with him and he did not stay for the delivery of the trophy.

The name of Messi it was chanted at different times, always with meaning. First when Sergio Busquets he named him in his first speech as captain; later, in the 10th minute, by his number; and, no longer as a tribute, but to provoke, when Christian, the eternal rival of the Argentine in the individual awards, was preparing to launch a foul shortly before the break.

They also all remembered Messi, but in silence, when Barça caused two fouls near the ideal area for a southpaw. Threw them Griezmann without fortune: one high and another to the barrier