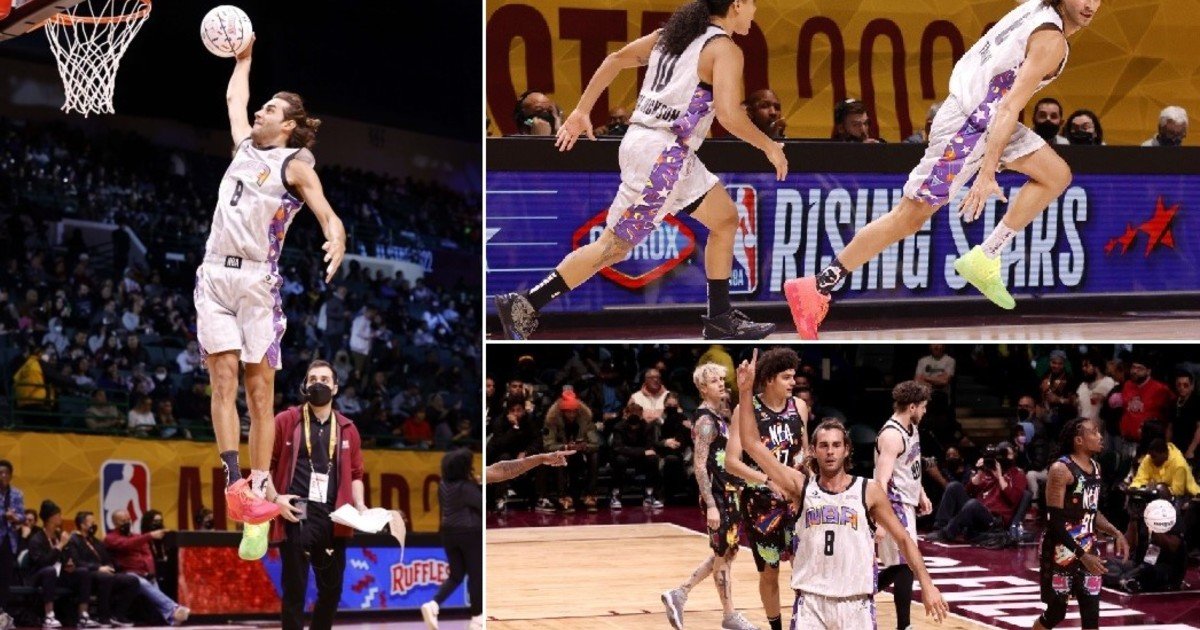 Who jumps high, we know. She demonstrated it no less than at the Tokyo 2020 Olympic Games, which were held last year, where the gold medal was hung, although shared. It is the Italian Gianmarco Tamberi, the high jump champion (along with the Qatari Mutaz Essa Barshim), who nailed a tremendous dunk in the Celebrity Game, prior to the NBA All-Star Games. Here, the video.

Tamberi jumped 2.37 meters to win the gold medal at the Olympics. The 29-year-old Italian celebrated like crazy after the Qatari offered to share the sea bream. It didn’t take long for it to go viral. And now he drew attention again but in another sport: basketball.

The video with the best plays:

Gianmarco was one of the guests at the NBA All-Star Weekend Celebrity Game in Cleveland, United States, and he nailed a great dunk (or dunk, as they also call him), after grabbing a rebound and jumping high . He also singled out Myles Garrett, the defensive end for the NFL’s Cleveland Browns, adding his own dunk.

It was a match where athletes from various disciplines appeared, as well as singers and other celebrities. Finally, Team Walton defeated Team Wilkins 65-51.

Gianmarco Tamberi and a tremendous dunk.