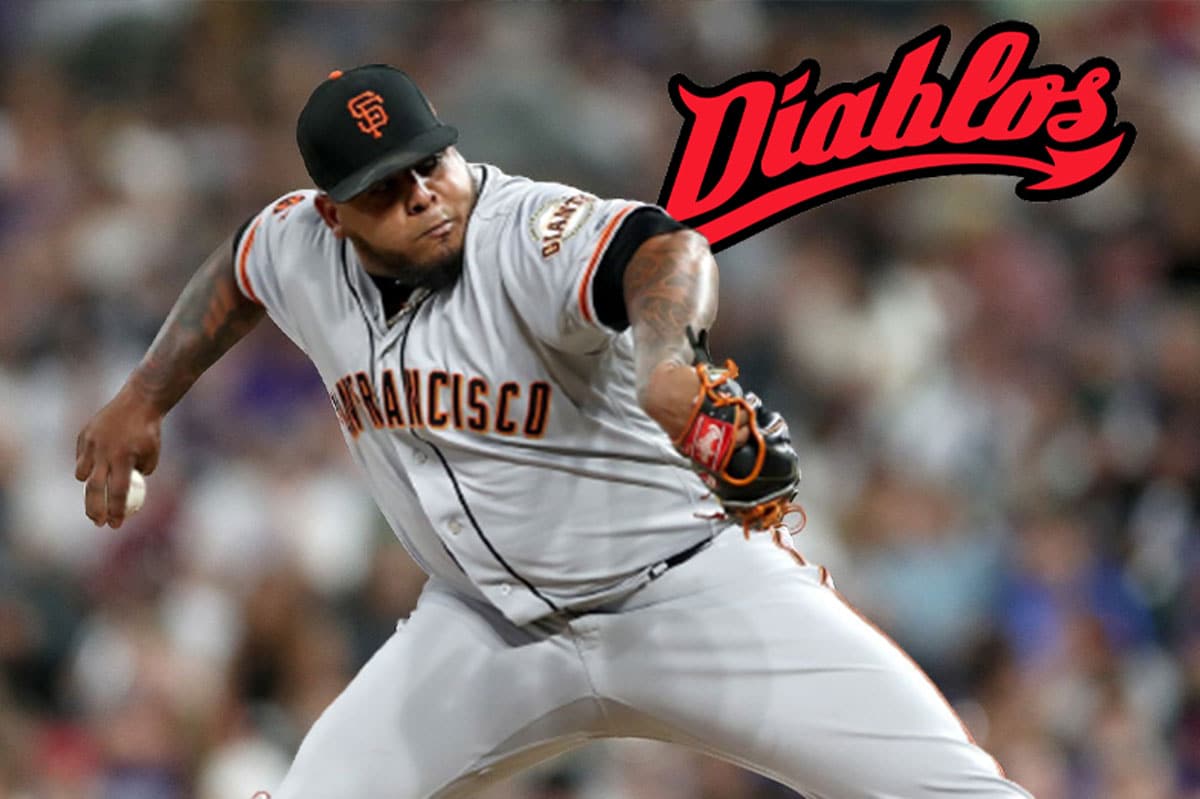 The solid relief of the Red Devils of Mexico will have an elite reinforcement since the ‘Big Leagues’, Moronta Kings, will officially join with the Scarlets as part of the imported player pool for Season 2022 of the Mexican Baseball League (LMB).

moronta, 29 years old and born in the Dominican Republic, threw in the Greater in four different campaigns between 2017 and 2021, leaving a brilliant 2.65 ERA in 132.1 acts as a reliever. In that time, the right-hander struck out 162 opponents, walked 73 and allowed just 10 home runs while wearing the San Francisco Giants jersey.

His numbers in the highest levels of the Minors are low (only 53.0 innings between AAA and AA) because his rise to MLB was meteoric thanks to a dazzling repertoire: a four-seam fastball that averaged 97 MPH, a remarkable change of speed of 89 MPH and an 83 MPH slider that he used on 43% of his pitches.

Learn more about the new reinforcement of the Scarlet Gang 🔴✨

“We’re adding more power to our bullpen. It is an arm that comes from playing in Big leagues and has extensive experience in Caribbean. In its arsenal it has breakers that in the Mexico City They will help him do his job and that allows us to shield our relief staff. We add power and experience to a bullpen extremely solid,” he explained. Jorge del Valle, Sports Manager of the Red Devils of Mexico.

moronta he was injured at the end of the 2019 campaign and had to undergo surgery on his right shoulder that year, but in 2021 he returned to the big team of the Giants, pitching in four duels in which he only allowed a hairline.

In addition to this, he had 10 appearances with the Leones del Esgido in the Liga de professional baseball Dominican Republic (LIDOM) in the 2021-2022 Season, where he pitched 7.2 innings, with seven strikeouts, five walks, and five earned runs allowed.

The right-hander will venture for the first time in the Mexican Baseball League looking to establish himself as a reference arm in this circuit while helping the Red Devils of Mexico to fulfill Mission 17.

Moronta is the seventh foreigner to formalize the directive of the Red Devils of Mexico for the upcoming season, after confirming the arrival of slugger Justin Bour (United States), the outfielders Ramon Flores (Venezuela) and Tome Otosaka (Japan), as well as the opener Rogelio Armenteros (Cuba) and the Dominican relievers ‘Jumbo’ Diaz and Gerson Bautista.