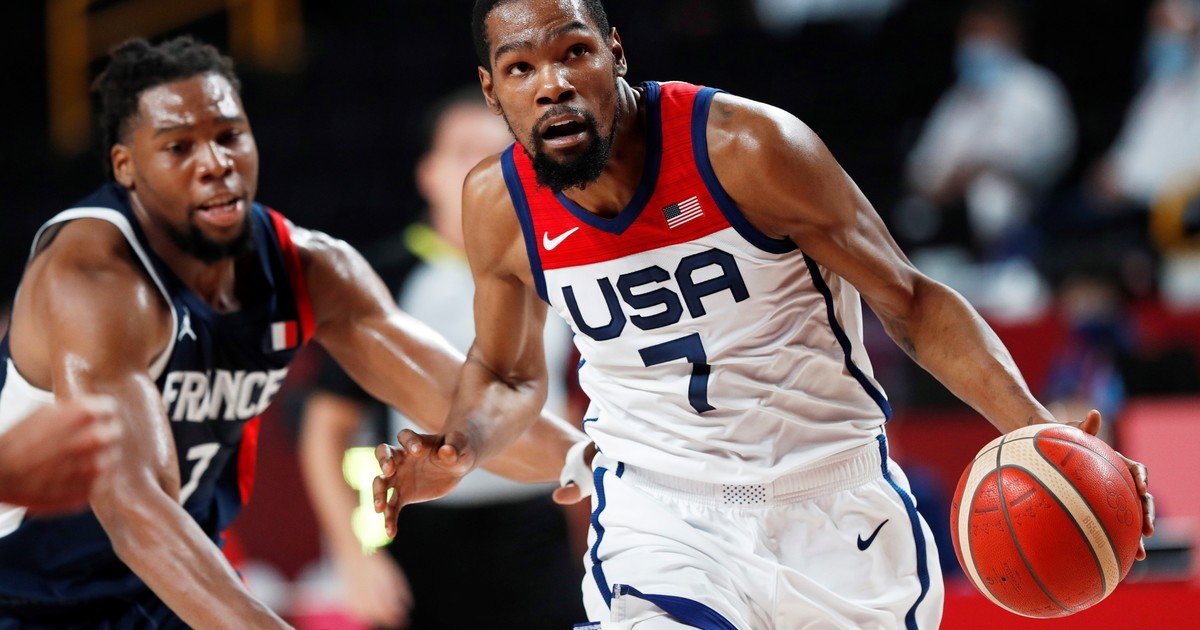 United States lived up to the prognosis, despite his poor prepup with some surprising defeats, and won gold in men’s basketball for the Los Angeles. Olympic Games. The team of Gregg popovich won the Tokyo 2020 competition by defeating France 87-82 and so on NBA they harvested their seventh title in six participations since they played the date. Argentina he is still the only one capable of taking the crown from them.

With 29 points, 6 rebounds and 3 assists,Kevin Durant He was the great figure of the match, of the team and of the competition, and once again led his team to the title, thus hanging on his third gold and matching Carmelo Anthony (who also has the bronze of Athens 2004 after falling against the Golden Generation albiceleste).

Jayson tatum from the bench he was also decisive with his 19 points and 7 rebounds.

In the team that got the silver, Evan fournier scored 16 points, Rudy gobert accompanied with 16 (100% in field goals) and 8 rebounds and Nando De Colo he contributed 12 units, 7 assists and 5 rebounds.

The Europeans made a worthy game and reached the last 10 seconds just 3 points down, but it was not enough to snatch the title from the Americans.

The first half of the opening quarter found a very involved France that took advantage, especially, the lack of success of the NBA from a distance (They started 0-7) to get 10-4. So, as he did throughout the pageant, Durant put the team on his shoulder and with 12 points in that start he turned the matter around to be 18-15.

From then on, with more or less dominance, Popovich’s men would dominate the match. In that second set precisely the replacement of the bench, with Jayson Tatum at the helm, made the difference and a stretch of 11-2 in favor It allowed him to stretch the advantage from the multiple losses that France had, but with Durant and Tatum very alone he could only get 5 at halftime (44-39).

In the third, with the appearance of Damian Lillard, top tripler in the world that was bad but was finally able to score with two bombs, plus a France that continued to suffer his little care of the ball and the great defense of Jrue Holiday, USA got to take 14 (71-57) and give the feeling that the issue was beginning to be defined.

The self-esteem of the Gauls, worthy of being highlighted, allowed that despite being 10 down at 3 and a half minutes from the end, an iron mark and some unusual glitches the United States in practice will lead him to cut to 3 (82-85) in the last 10 seconds. But there was no case: Durant took over again, did not miss from the line and finished him.

The Dream Team did not have it so easy and found rivals of hierarchy who tried to prove that international basketball is close in this area to the presumably invincible NBA. However, they managed to prevail and continue to take ownership of a scene that they only lost circumstantially because of 12 Argentines.