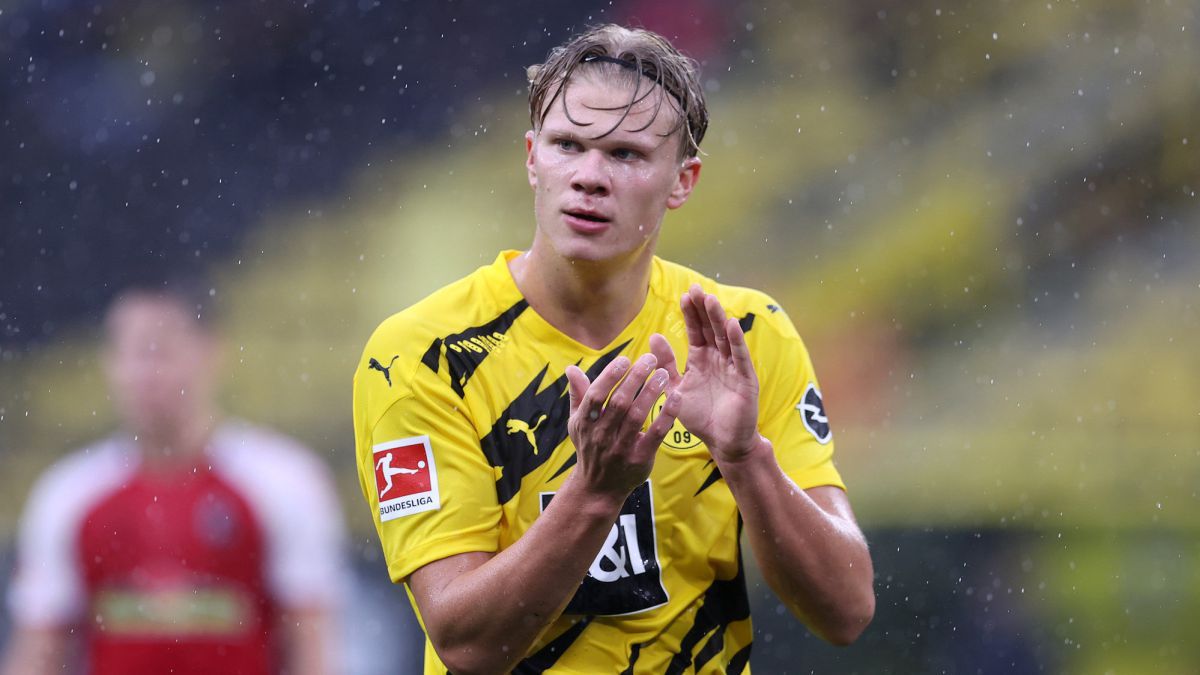 The Premier withdraws as a threat from Madrid due to the signing of Haaland. At least this summer. Manchester City and Chelsea have now wanted to face other incorporations so the Madrid club is free to maintain its initial plan to go for Haaland in 2022 and focus now in this reborn opportunity that is opened by Mbappé. The strategic dream in Chamartín has always been that: not having to choose in the same year and instead being able to stagger the arrival of the two stars. But it has been found a new contender on the way: Bayern Munich. The sporting director of the Bavarian club, Hasan Salihamidzic, admitted on German television the interest in the Norwegian striker: “You have to look at people like that, even though they are a Dortmund player. Sixty goals in sixty games … You have to look for players like that,” said the Bosnian.

Guardiola’s City and Abramovich’s Chelsea are at the forefront of those interested in Haaland in the Islands, but the citizens they have invested very heavily for Jack Grealish (transferred from Aston Villa in exchange for 115 million euros) and from England it is pointed out that if there is another important movement, will be by harry kane. A signing that, by demarcation in the field, economic quantity and philosophy (he is the captain of England) ‘discards’ Haaland. Guardiola himself hinted yesterday that the only striker for whom they are going to bid, if that is the case, is Tottenham. “If they do not want to negotiate, there is no transfer. If they open to negotiate, not only Manchester City will try to sign him. But everything depends on Tottenham …”, said the Catalan coach.

The other big competitor in the race for the Norwegian is Chelsea. But nevertheless, the imminent signing of Lukaku by the London team it also affects Haaland. Abramovich has preferred to go for the Belgian after Borussia asked him € 180M for the Nordic killer and the cost of the operation (around € 120M) denotes that Lukaku has become the great bet of the Blues. Chelsea have already spent non-stop in 2020 (€ 250M in transfers) and with Lukaku they have the nine starter they were looking for.

In the distance, United … and Bayern

The Premier, with the exception of Manchester United that has renewed Solksjaer (one of the first supporters of Haaland), closes in 2021 for Haaland. A respite for the roadmap that Madrid has drawn up. Raiola, as AS reported, was in favor of putting Haaland up for auction in this same market. Now, his departure from Dortmund is shaping up more than ever in 2022.

That summer, yes, the figure of Bayern Munich rises, whose main scorer, Robert Lewandowski, is on the verge of 33 years and in June 2022 will touch 34. As much as the Bavarian entity has wanted to remove itself from in As far as Haaland is concerned, the reality is that it is becoming more and more plausible that he is going for him to be his battering ram for the next decade. Your sports director, Hasan Salihamidzic, made it clear in recent statements: “He is a top player, and I have heard that he is also a great kid too.. You have to look at people like that, even though they are a Dortmund player. Sixty goals in sixty games … You have to look for players like this, otherwise we would all be amateurs “, he said this Sunday in the gathering of the Sport 1 program Doppelpass.

Salihamidzic also had to respond to the possibilities that the Munich team has of trying to sign Messi, to which he gave a resounding answer: “From the figures I have heard, it is something that we cannot consider at Bayern”, He said.