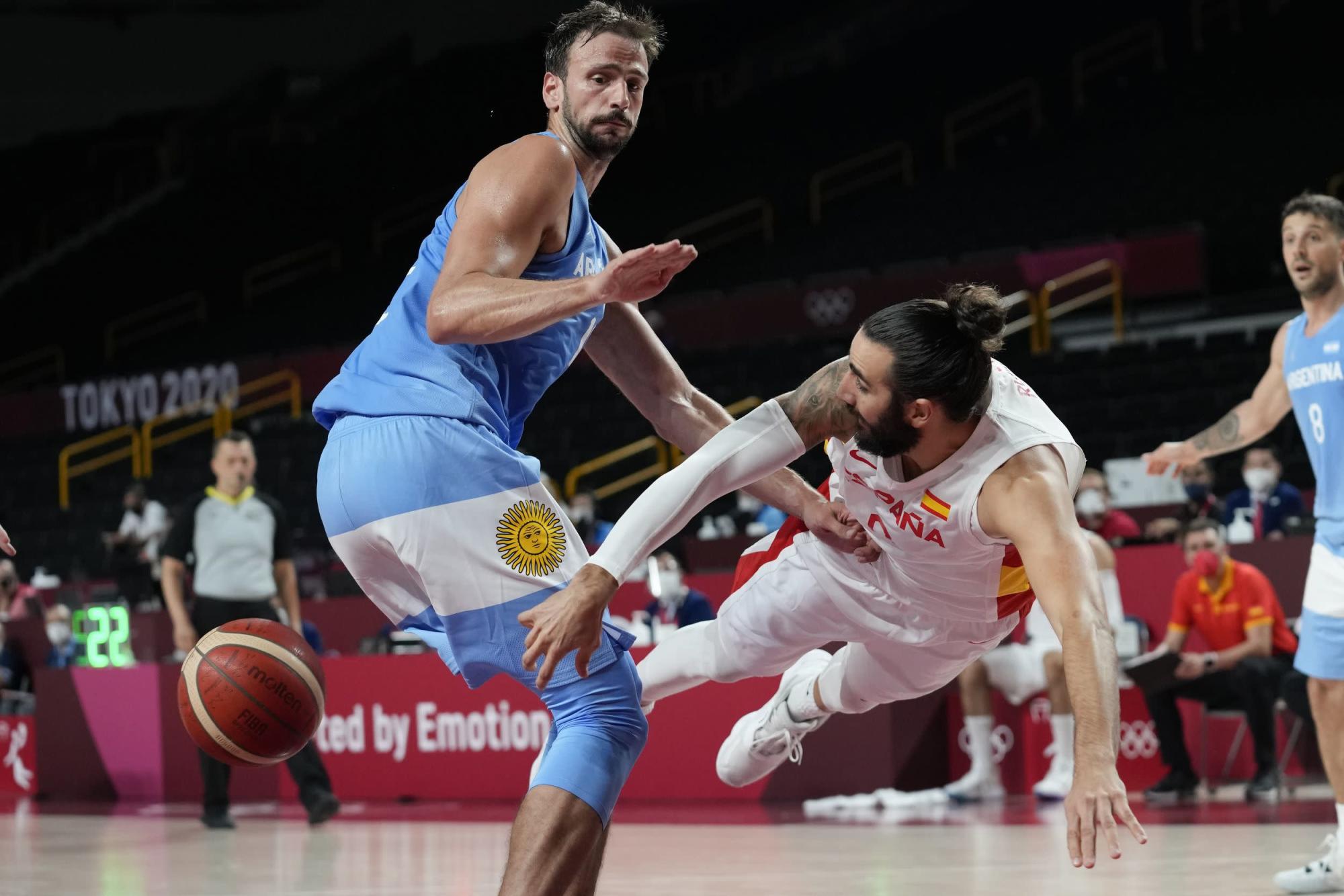 TOKYO. quick out of the daze. Slovenia and Luka Doncic’s 48 points had caused a shock in the debut of the Argentine basketball team in Tokyo 2020. But Spain set a high bar again, won 81-71 and handed Sergio Hernández’s team the second consecutive loss at the Olympics. On Sunday, at 1.40 in our country, Argentina will play its last Group C match against Japan, in search of classifying as one of the best third parties.

The only advantage that Argentina has -In an extremely complicated situation- is that he will play the game against Japan when all the results are known, so he will know what he needs to do to get the ticket. What’s more: if the Czech Republic loses to the United States by 13 points (something likely), only by winning against Japan Sergio Hernández’s team would qualify for the quarterfinals … as the best third.

Spain He is not only the world champion: Is the best team in the world. Its design aims to slow down actions and permanently propose 5v5 offenses and defenses. It avoids the rival counterattack and exhibits enormous tactical work. It is probably the most “scientific” team in history, at the level of the Golden Generation, with intelligent players who read situations clearly and do not despair at any time. They have a plan, they stick to it and they stick with it on every play, throughout the game. That easily identifiable DNA ended up being too much for Argentina, that although they took the first quarter with a 25-20 run, their task was slowing down: after the first half they were already running from behind (40-34).

The first image of Argentina in the game was very positive: it started very strong in the front-line pressure on the ball and searched for opportunities to find quick shots. Except when Ricky Rubio took possession, he complicated all the rest of the Iberians with the ball in his hands and managed to take a slight advantage on the scoreboard.

But already in the second quarter, Spain reversed the situation, He managed to return to defense and impose his known “5 against 5”, which did not stop complicating Hernández as a whole. In any case, the world champion did not expect the initial proposal from Argentina and he felt uncomfortable. It was only at the end of the second period that it seemed to be the fearsome team that it is. Although at times he showed weaknesses.

In the third quarter, Spain extended the score 61-53; the trend was clear. It happens that, as usual, the seniority of several of its players translates into a low pace of play, with few possessions, in order to have time to execute. Pau Gasol (41), Marc Gasol (36), Rudy Fernández (36), Sergio Rodríguez (35), Sergio Lull (33) and Víctor Claver (32) are the backbone under Rubio (30). Later, younger, accessories that give freshness are listed: Alex Abrines (27), Willy Hernangómez (27) and Alberto Abalde (25). And they have a physical wonder, Usman Garuba, just 19 years old, the son of Nigerians, born in Madrid, who has an athletic development and an overwhelming intensity.

How could you beat them? It was very complicated: you had to break that heavy structure of the Spanish game and have the ball – it was essential not to allow offensive rebounds – to be able to put in quick transitions. Argentina needed to generate quick imbalances to find easy shots, before the Spanish defense was established. But the device did not work and neither did the effectiveness in triples. In addition, the inner game had to be defended; It was key to anticipate positionally to have any chance to discuss the passing game. Nor could Campazzo win the base duel against Rubio, always very intelligent and dominating.

There was no way: unlike the first half, everything remitted in the second half to the final of the 2019 World Cup in China. With Rubio in total control of the game and Argentina that transmitted an idea of ​​a team that is known to be inferior. FrustratedWithout finding a way to break his rival, he will now try to make a difference against Japan and aspire to continue with chances in the tournament.

On the end, an eloquent image: Campazzo tore his shirt after the fifth foul, a symbol of the frustration of this team.