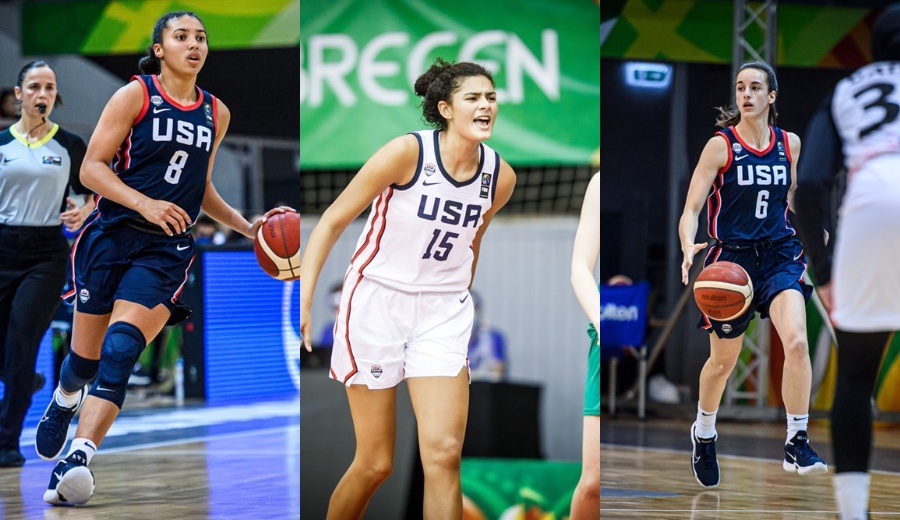 Spain and the United States will meet in the quarterfinals of the U19 World Cup. The team led by Mario López will have to beat the great candidates for the title to continue in the fight for the medals, a combination of young players from the NCAA that is already rearing its head in the future of North American basketball.

Spain will play for their place in the semifinals of the U19 World Cup against the United States pic.twitter.com/l2KQGEhSY1

We review three of the American figures:

One of the big names of the 2020-2021 season in the NCAAW. Caitlin Clark presented the world with an outstanding season in her freshman year in college competition, displaying a style of play that packs a lot of showmanship. Clark has taken the shooting range to another level, making his shots from more than seven meters common, and has led Iowa in a campaign that ended against UConn, generating one of the largest media maelstroms in recent years in their confrontation against Paige Bueckers.

The star of this Team USA, who comes from averaging 26.6 points, 7.1 assists and 5.9 rebounds in the NCAA, won gold at the 2019 Thailand U19 World Cup alongside Bueckers. A first contact with the tournament that two years later he tries to attack again.

Azzi Fudd, at the beginning of 2019, was practically unstoppable. The player born in 2002 was considered the best in class 2021 and had just won the U17 World Cup, to be named Gatorade Player of the Year in America (1st sophomore to do so) and raise the title of the DCSAA after leading St. John’s in a 35-1. A series of milestones that were stopped suddenly because of his cruciate ligament. Now, two years later, Fudd has returned to the top.

Committed to UConn for the next four years, Fudd is showing signs of her best. The Virginia outside player has emerged as one of the leaders of this group, being extremely efficient every time she steps on the floor, with one of the best mid-range shots in the nation. Without a doubt, one of the great weapons of this Team USA to take into account.

The daughter of Andy Betts, an old acquaintance of the Endesa League. Lauren Betts She was born in Vitoria and is considered one of the best players of her generation in the United States. At 2.01 meters tall, Betts has proven to be a very difficult player to stop due to her physical conditions and her increasingly better coordination on the court. In just 14 minutes per game, the North American center is averaging a PIR of 19, adding 12.3 points and 8.3 rebounds on average. Remarkable figures to which is added an impressive 75% accuracy in field shots.

Lauren Betts, the # ️⃣1️⃣ player in 2022, has committed to Stanford! 🌲 @ laurenbetts12 pic.twitter.com/kAmFVBYAxO

10 stories and intrahistories of the games of our life. # Tokyo2020

Like? Give 🔄o❤️and tell us what is your best memory of the Olympics and we will give away three to the answers that we like the most!