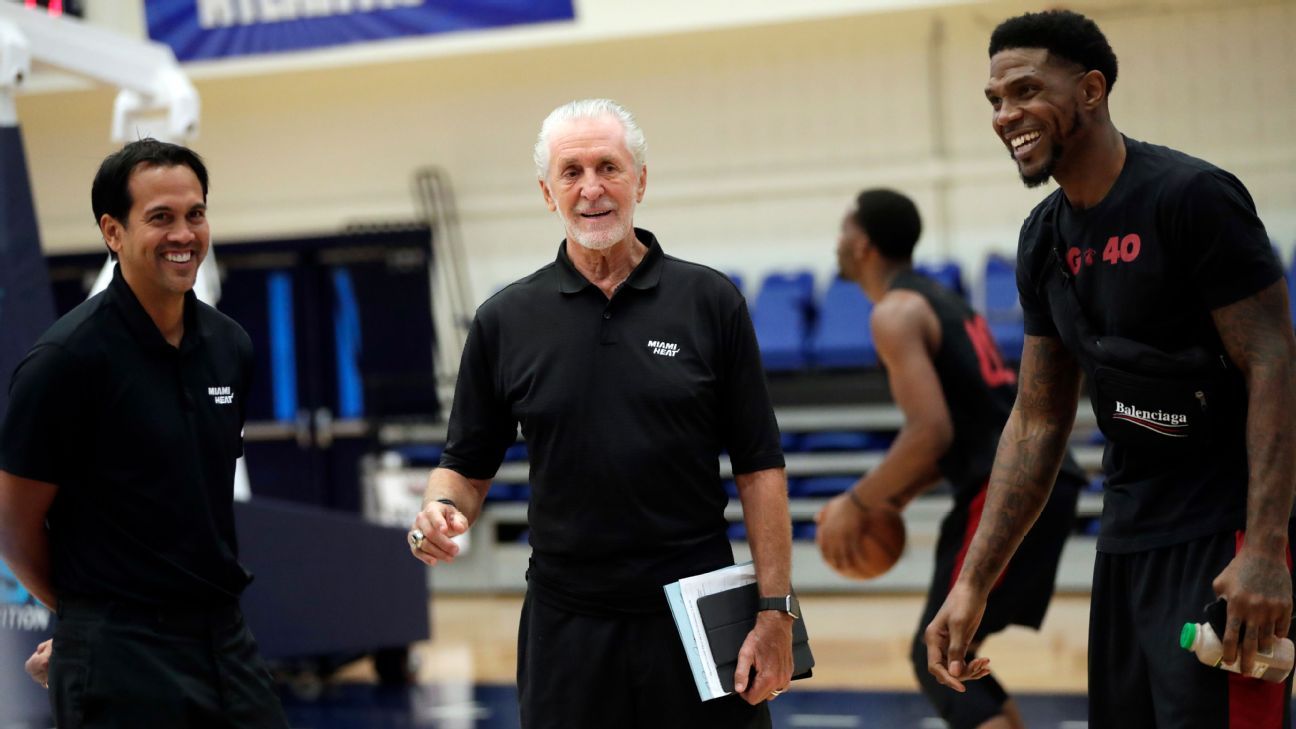 During the last playoffs, the champions Milwaukee Bucks took the Miami Heat off the court in four games without suffering even a scratch on their way to redemption from the Orlando bubble. At that time, we did not know two things: the first, that Giannis Antetokounmpo and company were in full mission towards the Larry O’Brien trophy. The second, that Erik Spoelstra was not going to find solutions or ways to build a pyramid of effort that ties what happened at the Disney facilities.

Jimmy Butler was not so sharp, Tyler Herro was a shadow of the player-revelation that he once was, Bam Adebayo went from tiger to house cat, Goran Dragic returned to normal and Jae Crowder no longer had a domicile in Miami. Causes of the defeat were several.

And the consequences began to be found with the movements carried out in free agency.

The Heat culture of effort, work, dedication and commitment, now finds in Kyle Lowry his perfect piece to form a multi-headed goalkeeper based on a main idea. Defense, sacrifice and team spirit. Pat Riley knows that this group, made in his image and likeness, has everything to make him proud – just looking at the roster is scary to face the Heat. Good combination of talent in attack but a nightmare in defense. It is important to travel with pain relievers when the schedule dictates a visit to the American Airlines Arena.

Miami is a team specialized in recovering the power of forgotten players. He spent time ago with Goran Dragic – today part of the transfer with Toronto by Lowry – and also happened in 2019-20 with Butler, who channeled his street basketball behavior to be a cult piece in the finalist team of the Orlando bubble. For Lowry, a legend from the Raptors, to arrive, in exchange for a three-year and $ 90 million contract, the Heat had to part with Dragic and Precious Achiuwa in a risky move due to the limited salary flexibility that the team had. in this pandemic summer.

The truth is that the effort to compromise Lowry is a step forward in these lands. Let’s remove the indenture of the Heat culture and see the concrete: Lowry can play better off the ball than Dragic, shoots better at the basket and defends with more intensity. He is also a point guard who is on the low side, hungry to return to the forefront of the NBA, and with hot-blooded teammates to achieve it.

Many more Buckets (and $ BFC) to eat!

The qualifying offers by Kendrick Nunn and Duncan Robinson were successful with the York shooter (five years and 90 million) but not with Nunn, who will eventually be teammates with LeBron James in the Los Angeles Lakers. The strict salary cap of $ 143 million also left Heat general manager Andy Elisburg with little room for maneuver, but he nevertheless managed – something usual with Riley as president, of course – to sign Markieff Morris at the minimum. , former Lakers, and renew Victor Oladipo, who is still recovering from surgery on his left knee but who, from being healthy at times, greatly enriches the perimeter in South Beach.

It is clear that one of the biggest holes Spoelstra’s team had in the past playoffs was the absence of Crowder, an elite defensive forward who was a finalist in the Phoenix Suns uniform. To fill this vacancy, they chose PJ Tucker, another defensive bulldog, efficient marksman from the corners, who comes from champion with the Bucks. With a two-year contract, Tucker, Kevin Durant’s nemesis in the series against the Brooklyn Nets, becomes a player who promises to be key in the near future.

Miami then leans towards the option of winning now. Anyway, recover the spirit they showed in the bubble, the genesis of character that led them to unsuspected terrain for the vast majority. There is a mission that is already underway: regain confidence and re-sow in fertile soil. Perhaps this will be applied again mainly to Adebayo in the painting and Herro in the perimeter, but as always happens with the boys in South Beach, this construction is much more of a group than of individuals.

Beautiful city, pleasant climate and structure that nobody wants to leave. This seems to be Miami according to the voices that walk the corridors of the League. Lowry has to once again provoke positive feelings in the shooters and also in his ability to shoot behind the arc. With this inspired team, and considering Tucker’s sharp wrist in the corners and Herro and Robinson’s crushes, playing from the inside out, with Adebayo as a versatile center, and Ömer Yurtseven as a reserve, would seem to be a formula that a priori has to bring results.

The contraindication of the Heat signings is age, dangerous for many, not so much for Spoelstra and company. Those who foresee risk realize that the coming season Lowry will be 35 years old, Tucker 36, Butler 32 and Morris 32. But this experienced chorus has also shown that that veterancy translates into experience and can serve as a guide for young people, including Robinson, Herro, Adebayo and also, why not, KZ Okpala, who needs to step up so that ‘Jimmmy Buckets’ can have his rest minutes in the position of balance man.

Risky, reckless and daring. This is how the Heat managers showed themselves in free agency, for their already famous creativity when it comes to sharpening the pencil in the accounting books. Finding gold among the stones: they did so before and they do it again now. Miami looks, after the offseason, as one of the teams that have improved the most towards the new NBA season. Spoelstra’s job will be, once again, to translate that hope into concrete action.

Do not leave for tomorrow what you can do today.