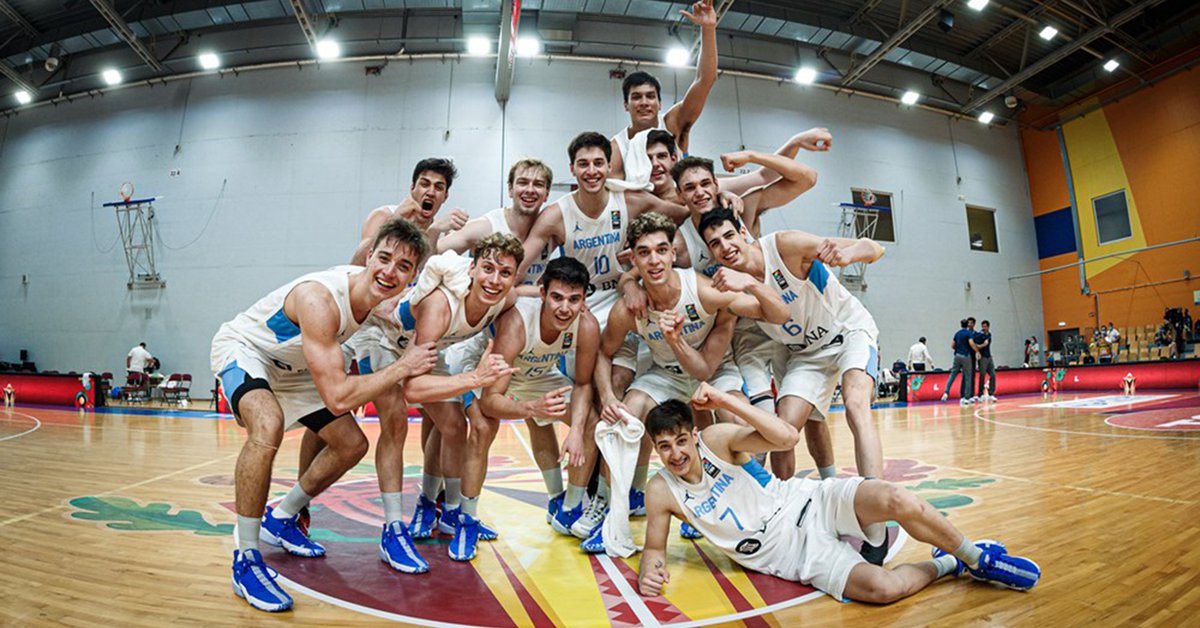 Argentina’s U19 basketball team is stranded in Frankfurt after having represented our country in the world championship for this category.

It was the fifteenth edition of the tournament in which 16 nations from all over the world participated, played in the cities of Riga and Daugavpils, in Latvia.

The Argentine team classified as one of the four best teams in the Pan American Basketball Confederation (FIBA Americas) along with the United States, Canada and Puerto Rico.

The squad made up of twelve players, three coaches, a physical trainer, a kinesiologist, a doctor, a prop and a team manager they had to return to the country this Monday, on a flight from Madrid operated by the Spanish airline Iberia. But it was canceled after government regulations to reduce the number of Argentines who can return from abroad.


It was last Friday that the national government issued the Administrative Decision 683/2021 that ordered a slight relaxation of the air stocks, which went from 600 passengers per day to 742 who can return to the country, for the first week. This decision provided for a staggered increase in the quota reaching up to 7,000 passengers for the last week of July and the same for the first week of August.

Upon learning about the cancellation of the return flight, authorities of the Argentine Basketball Confederation (CAB) began efforts in conjunction with state authorities to bring the delegation of twenty Argentines back to the country. Sources from the Ministry of Tourism and Sports informed Infobae that the National High Performance Sports Agency (Enard) and the Sports Secretariat are dealing with the problem to try to make them return to the country as quickly as possible.

After a wait of more than 12 hours without having news, they were transferred to a hotel in Frankfurt waiting for news for their return

The last game played by the Argentine team was against Senegal, last Sunday. They lost 75 to 67 and, in this way, the Selection ended their participation and was in eighth place. The next day a flight was started from Riga to Frankfurt, an airport in which, after a wait of more than 12 hours with no news, they were transferred to a hotel in Frankfurt waiting for news for their return.

Without certainties, It is estimated that the delegation will have to stay in Germany until July 17, date on which a plane would be available for their return.

It is not the first time that a delegation of Argentine athletes has been affected by the provisions issued, on June 25, by the national government reducing the entry quota to the country. At the end of June, the men’s beach volleyball duo was stranded in Chile after playing the continental pre-Olympic tournament that qualified both the men and the women’s duo to the Tokyo Olympics that will begin on July 23.

Of course, it is not only athletes who are harmed. What Infobae reported in recent weeks, there are many Argentines who are abroad without being able to return to the country. The airlines estimate that it is a total of 40,000 and that it would take about 5 months to make them all return according to the permits granted by the Government.

“Nobody has won more than me”: the footballer who dreams of obtaining the Ballon d’Or ahead of Messi, Cristiano and Neymar
Slight relaxation of air restrictions: this is how the panorama of flights from the US and other countries remained for the return of the stranded
Stranded abroad: how much does the triangulation that some Argentines use to return to the country with private flights costs