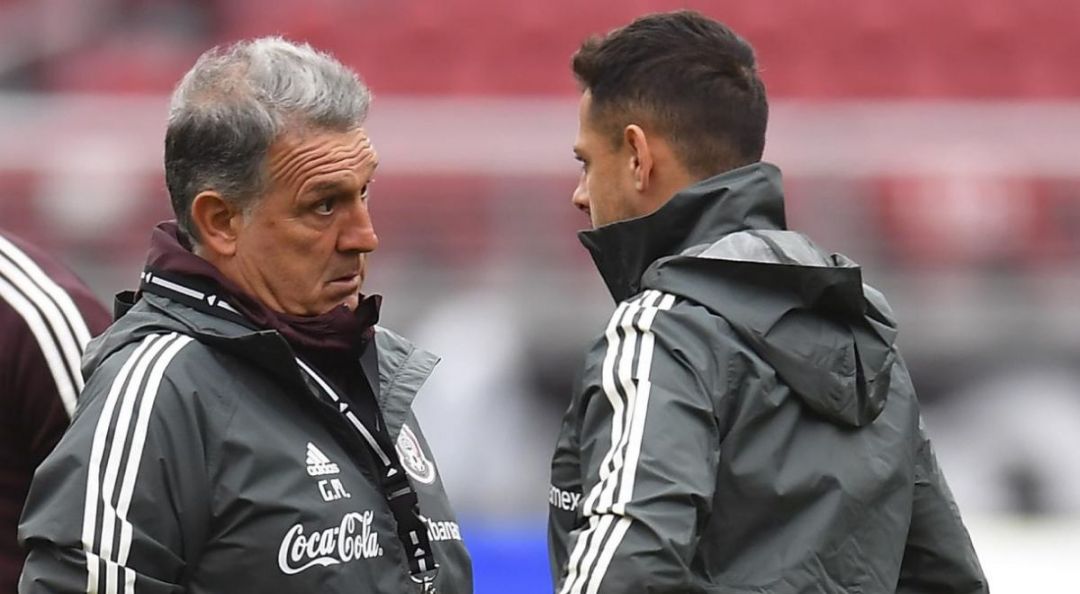 Before the loss of Hirving Lozano, Gerardo Martino’s only option in the tricolor forward is limited to Rogelio Funes Mori, this after Alan Pulido will not recover in time to see action against Guatemala.

We have no more options because what one does in a scenario of an election of 23 footballers is to have 2 or 3 options, after Rogelio our natural option is Alan, we thought we could count on him but he will be missing one more day, he will be there. against El Salvador, the other was Chucky. We will have to improvise in a different way, we have been left without any ”, he commented.

Despite not having another nine, the ‘Tata’ reiterated his decision not to call Javier Hernández.

It is not because I chose other options of number 9, that is the answer, there was never a different answer. The answer is that I chose other players over Javier Hernández ”, he said.

About this theme, the opinion of the leaders in the dressing room was not required.

I did not consult with the leaders, I informed the leaders, I presented the leaders with a situation that was going to happen because I always do the same. (The call for Funes Mori) This was an abnormal situation so I asked them about Rogelio’s coming, but in no way did I consult, they do not suggest names of any player because it is not the scope of the players to suggest footballers to call “

Finally, Martino assured that both the FMF and the players and coaching staff have done everything possible to eradicate the homophobic scream from the stands, and that the last word is the fans.

We are all concerned, we are permanently concerned and busy, especially the federation in finding an answer, as a message it is already redundant, it seems to me that there are already messages from the players, the coaching staff, you journalists, federation campaigns . The solution is on the side of the people, the ball is now in one place, “he concluded.

Copyright law strictly prohibits copying all or part of Excelsior’s materials without first obtaining written permission and without including the link to the original text.