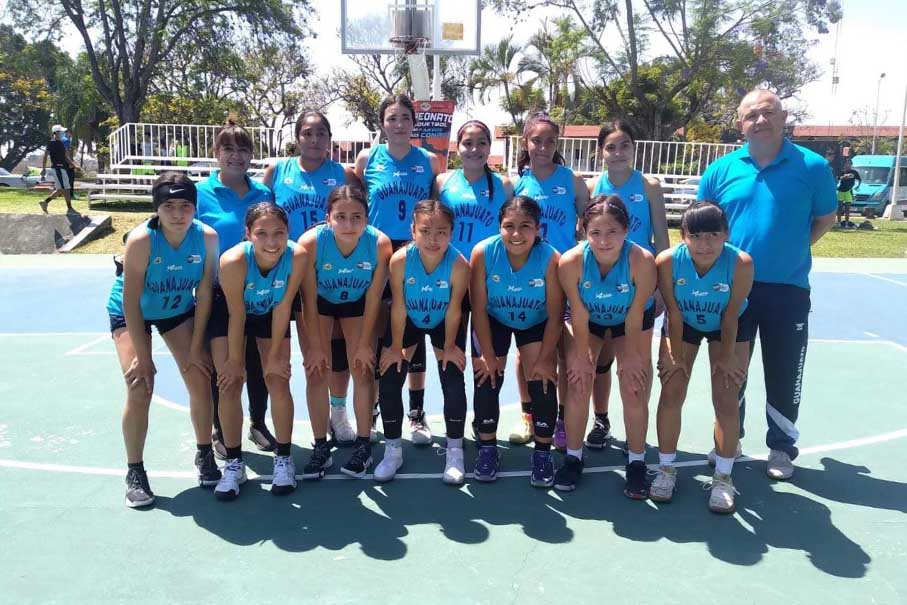 PUTTING THE BASKETBALL OF THE CRADLE OF INDEPENDENCE AT THE HIGHEST NATIONAL LEVEL, THE SELECTIVO DOLORENSE, WHICH IS IN TURN REPRESENTATIVE OF GUANAJUATO, MANAGED TO OBTAIN ITS PASS TO THE NATIONAL STAGE OF THE CONADE 2022 GAMES THAT WILL BE PLAYED NEXT JUNE 18 IN CULIACAN, SINALOA

Dolores Hidalgo Cradle of National Independence, Gto. – In a weekend full of intensity where the Dolores Hidalgo women’s team, which in turn is the representative of Guanajuato in the CONADE 2022 games, managed to get his ticket to the next and last phase of this national tournament, which is precisely the national stage of CONADE 2022. The day played this weekend, which was the national macro or the prelude to the national stage, which was played in Oaxtepec, State of Mexico, was full of adrenaline.

For their last game, which was the decisive one, they faced each other on the court against Morelos, achieving their victory with a difference in the score of 12 points. That game was his pass to the next national phase, which will be played on June 18 in Culiacán, Sinaloa.

In the words of his coach, Arturo Chávez, With this pass they are very happy and with their sights set on the national championship and that now they will continue with the preparation. Many of the girls came from the López club, so this means a great achievement for the club and for basketball in Dolores. They will have concentrations in the city of Celaya the next weekends, in order to have all the possible preparation in order to make history in Guanajuato and in their Adored town.

They make it! Selective Dolorense go to the CONADE 2022 National Basketball Stage