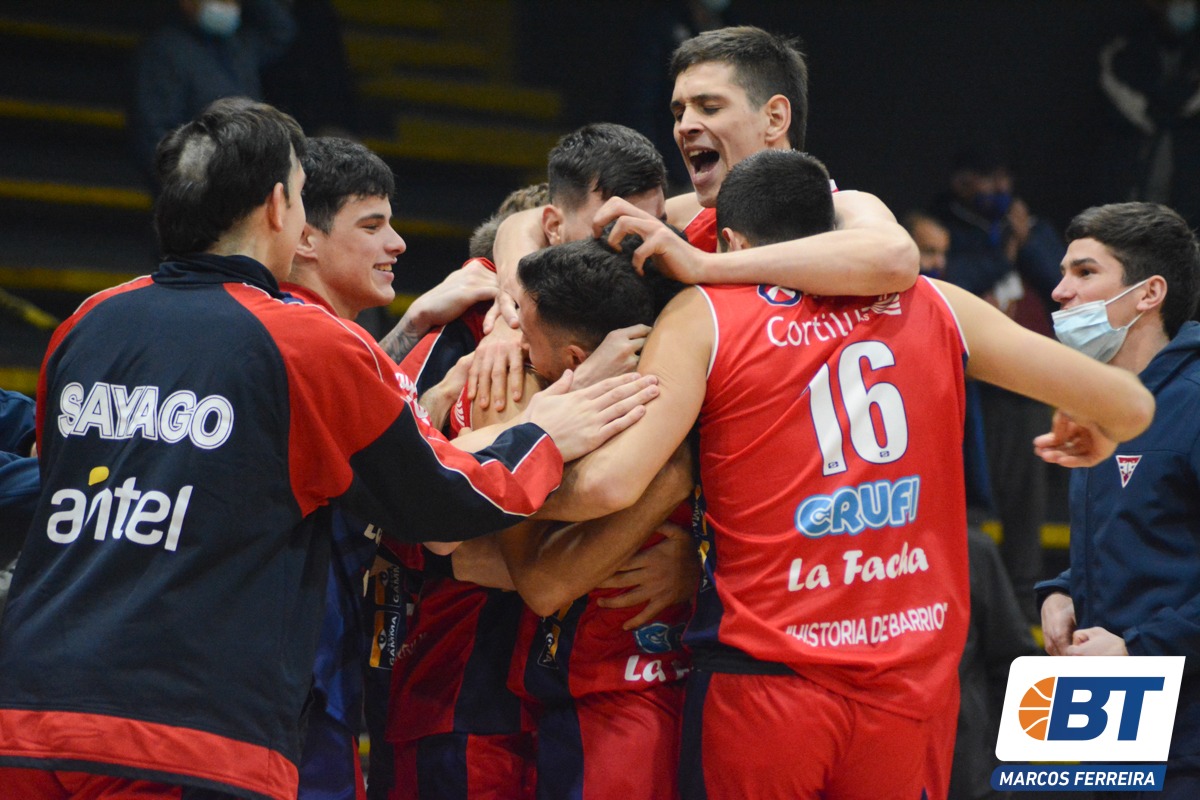 The start was favorable to Sayago’s team, who with a great defensive tone allowed him to flow in attack with a distributed goal. Before planted defense, it was important Riauka who generated in the painting and when they adjusted with him, the perimeter appeared to get the first differences. The azulgrana was not comfortable. The percentages from 6.75 were very low and depended a lot on what Antonio Bivins generated, who showed a good letter of introduction in this period. Averaging the fourth, Mateo Dogliotti took center stage in the cast of the route added to the good passage of Jones in order to get the maximum of 7. However, Bivins continued to generate and with a better close finished down 22 to 18. In the second period history changed. Unión Atlética came out much more intense in defense, Bivins continued unbearable and with bombs from Bruno Acosta and Emilio Taboada he went four up. In Sayago’s worst moment, it was again Jones who showed his face for the team while being on fire with the outside shot. Anyway, Union was more solid. Bivins continued to do his thing, Ambrosoni had a great closure in the fourth with running points and in this way they went to the long break up 52 to 45.

The beginning of the complement was very imprecise where losses were the common denominator. Anyway, this scenario was better capitalized by Sayago where Riauka and Lemos were figures to match the actions. The azulgrana was stuck in attack where Bivins was well controlled. In addition, defensive problems did not allow him to run the field and this was felt by the whole team added to the fact that no individualities appeared either. For his part, Dogliotti again made Sayago play in attack, Arrillaga put a tremendous bomb and little by little his team began to take control of the game. A passage from Taboada gave those from Nuevo Malvin hope, but at the end those led by Diaz closed better and with a double from Jones they went up 69 to 64.

In the last chapter Sayago continued imposing the rhythm of the game. Solid defense and running points from the court were the perfect recipe to take a double-digit lead and start breaking the game. The azulgrana was looking for the reaction with his perimeter but the percentages of success were still very low. In the absence of 5`, consecutive technicians in favor of Sayago towards stretching the difference added to a great passage from Bonet and the feeling was of a liquidated match. However, Union stretched the defense and with more enthusiasm than basketball, with triples from Taboada and God got to 4 with 1.30 ‘left. At the worst moment, Arrillaga’s four points gave air to his team. At the end, a triple by Taboada put the Barça player on possession, who had the last to tie it in the hands of Bivins, but the ball went out and the victory went to Sayago 97-94.