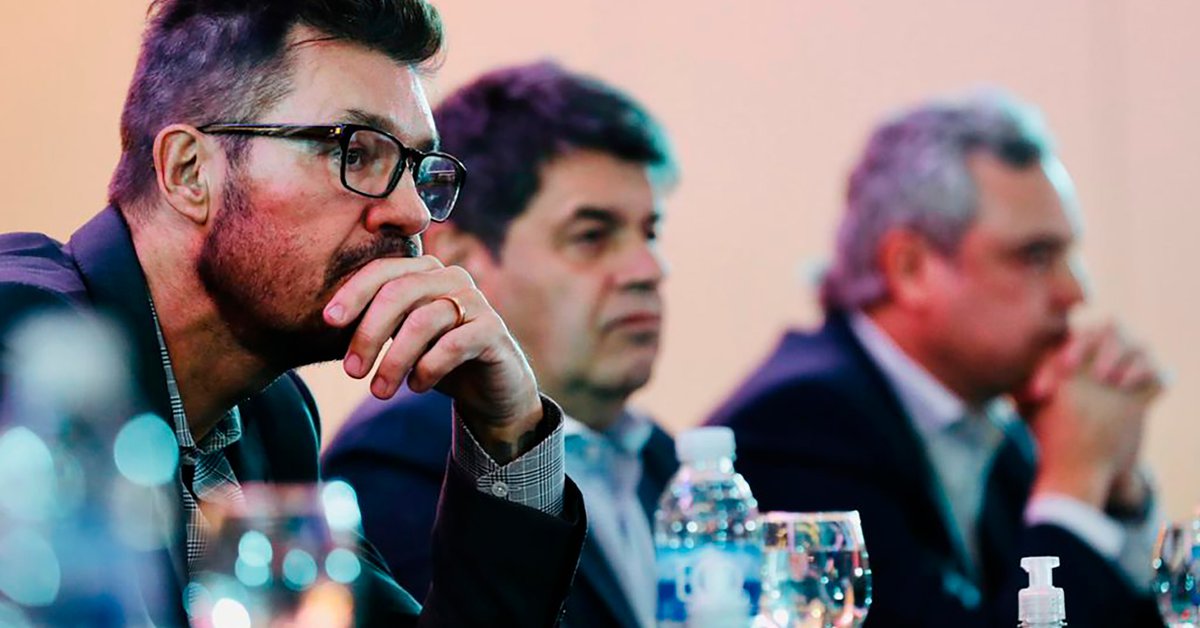 With the presence of President Marcelo Tinelli, The Professional League dealt with different management issues in a new Executive Committee meeting. All the First Division clubs participated, most in person and some by zoom.

“Various topics were discussed, such as the organization of the 2022 season competitions; advances in the forms and measures (health and safety) to be implemented when the national authorities enable the return of the public to the stadiums; and the commercial procedures that are being carried out for the benefit of the clubs were also detailed in a report ”, reported the LPF.

As it transpired, the tournament format will remain the same for the 2022 season, with a zone tournament and a free-for-all tournament. That is to say that the programming of the First Division competitions of Argentine soccer will maintain its double format of a first tournament with the 28 teams that will already be in 2022 divided into two zones during the first semester and another championship of all against all in the second, with the only news that at the end of the year there will be two declines.

All this was written today in a draft to which the only thing missing is the officialization of the AFA to give it course and make it publicAccording to sources from the Professional Football League (LPF) at the end of the usual meeting that the top-flight clubs hold on Tuesdays at the agency’s headquarters in Puerto Madero.

The Executive Committee of the Professional Football League met and agreed, among other issues, the new dispute format for the 2022 season (Photo: LPF)

With the unusual slogan for World Cup years, since exceptionally next year Qatar 2022 will be played from November 21 to December 18 due to the high temperatures prevailing in the middle of the season in the Asian country, to finish the whole competition already in October, what the clubs agreed in principle is the following:

*The first tournament, which will be played between January 30 and May 8, will include two Wednesdays in its programming and will have two zones competition that will contain 14 teams each, which will add the same number of dates as a result of the dispute of the interzonal classics.

* After the group stage the best four classifieds from each zone will cross in quarterfinals, semifinals and final.

*The second championship will be played by the system of all against all, to a single wheel, containing 27 dates dispute, and will take place between the May 22 and October 30, with three Wednesdays included in its programming.

*At the end of the season, in addition to specifying the two declines per average table currently in force, the so-called Champions Trophy, between the winners of both contests, on November 6.

* And as will happen this year, the qualification for international cups will be determined through the locations in the Annual Table that accumulates the points of both competitions.

The agreed today unofficially in the body chaired by Marcelo Tinelli You will now need the approval of the AFA whose owner is Claudio Tapia, to be made official and therefore published in its Official Gazette.

Emotional moment at the Olympic Games: Luis Scola left the field and they stopped the game so that the whole stadium cheered him
The meaningful posting of Lionel Messi dedicated to Luis Scola after his retirement from the National Team
Danish cycling team accused of cheating at the Olympics: the detail they point to on their legs
Diving from a yacht and a look that made it a trend: the new photos of Lionel Messi’s holidays in Ibiza
Controversy over the “super shoes” that beat world records at the Olympic Games: “They take away the credibility of the sport”