Argentina has one of the best basketball teams for the deaf in the world, The moles, who in 2022 will participate in the Deaf Olympics.

The team will try to go for a podium in Caixas do Sul, Brazil, where the competition will be played.

Juan Aude, a member of the team, explained some details of this practice that put his reflexes to the test and forces them to work with an expanded visual range.

Silent or deaf basketball has differences when it comes to communicating the events that happen on the court. The dialogue between the players is more complex and highly visual.

“We have an expanded visual range, because by not listening we have to see more to the sides and we have to have more reflections and the ability to see what is happening. That seems very pro and cool and we have worked very hard,” he explained.

Regarding the rules and method of the game, nothing changes with respect to the basketball of hearing people.

Ironically, although the referees are also deaf, they also use a whistle to mark fouls. That is why Juan, who is also an engineer, is designing a way to change this form of communication on the field. 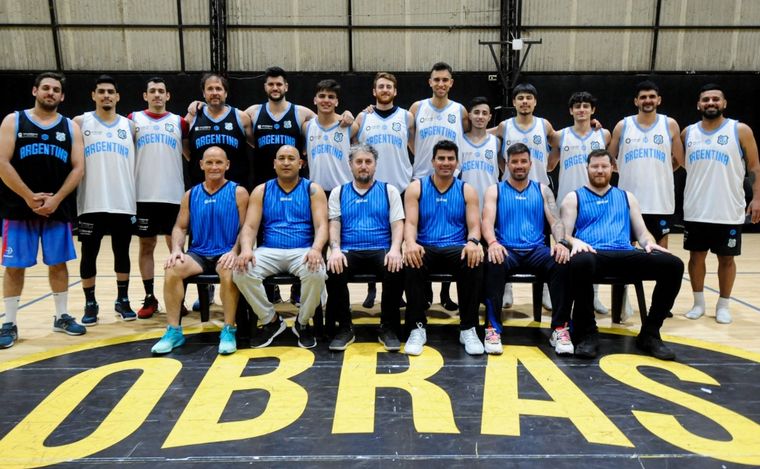 Fortunately, since Los Topos began to become better known, they achieved the support of various companies and contributions from the private sector, and they no longer need so much of the state’s commitment.

Basketball for the deaf is not included in the Paralympic Games by a decision of the World Confederation of Deaf People.

The reason is that other federations considered that athletes with hearing impairment would have an advantage, compared to other athletes with physical, mental or visual disabilities.

In addition, the sports federations that group deaf people have been organized for many years and since 1924 they have had their own international event that is held every four years and one year after the Olympics and Paralympics.

According to the International Federation of Deaf People, there are currently about 70 million deaf people around the world and there are about 300 different sign languages, most of them linked to local cultures.