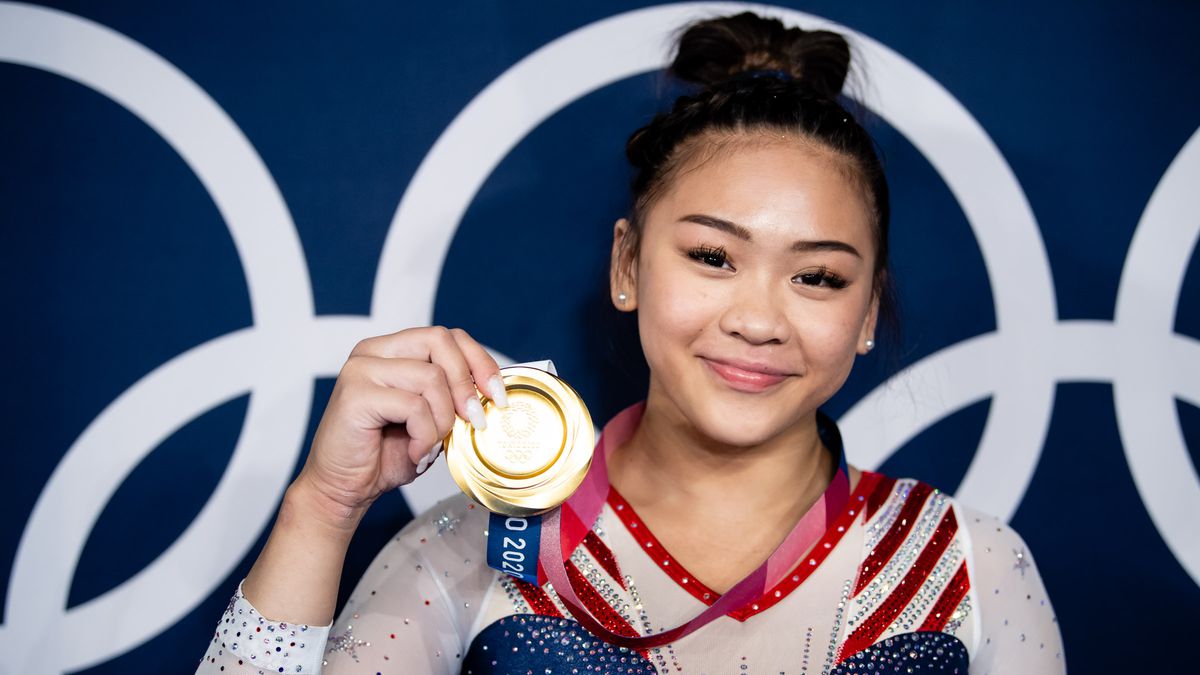 In that appointment in Athens the victory in the test went to Carly Patterson and then came the victories of Nastia Liukin (Beijing 2008), Gabrielle Douglas (London 2012) and Simone Biles (Rio 2016) to achieve the title considered most prestigious in gymnastics .

Sunisa Lee, 18, finished the contest with a total of 57,433 points and surpassed the Brazilian on the podium of the day Rebeca Andrade (57,298 points) and the Russian Angelina melnikova (57,199 points), which were silver and bronze respectively.

Gold at Tokyo 2020 is a joy for a young athlete who has experienced several tragedies in recent years. In 2019, Sunisa Lee’s father was paralyzed from the chest down from a fall from a ladder, while in 2020 an aunt and uncle died of the coronavirus.

“The last two years with Covid-19 have been crazy. There was a time when I wanted to stop. Being here and being an Olympic gold medalist is great.”, Sunisa Lee celebrated after her victory at the Ariake Gymnastics Center.

No one could have imagined at the beginning of the week that Simone Biles was going to be off the podium. The gymnast initially called to be the big star of Tokyo 2020 had been declared withdrawn from the general contest on Wednesday “to focus on her mental health” after “a medical evaluation.”

On Tuesday, Biles had withdrawn in the middle of the general team competition, where the USA hung the silver medal. Sunisa Lee was part of that group.

It was speculated at first with a physical problem, but it was soon explained that the reason was “mental health” and the “demons” that made him have a hard time when he jumped on the mat.

The decision about the participation of Biles in the apparatus finals (jump, balance beam, floor, uneven bars) will be evaluated day by day.

In June, during the American preselection for the Olympics, Sunisa Lee had beaten Simone Biles in one of the contests, a very significant and very unusual fact, since gymnasts tend to battle for second place when the queen of gymnastics is in action.

The big question now is whether Biles will be seen again competing in Tokyo 2020 and aspiring to increase his metal account.

Before Tuesday’s team silver, Biles had arrived with a harvest of five Olympic medals (four golds, one bronze), all of them achieved in Rio de Janeiro five years ago.

Simone Biles followed the test from the rostrum, sitting with other girls from the team and was cheering on her compatriot until the end, but she also applauded the floor exercise of Angelina Melnikova and Rebeca Andrade.

As in the men’s and women’s team finals, victory was decided at the last minute during the last rotation.

Among the data to remember from the contest, the German Kim Bui used, as in the qualifying rounds, a full body suit instead of the usual tight jersey.