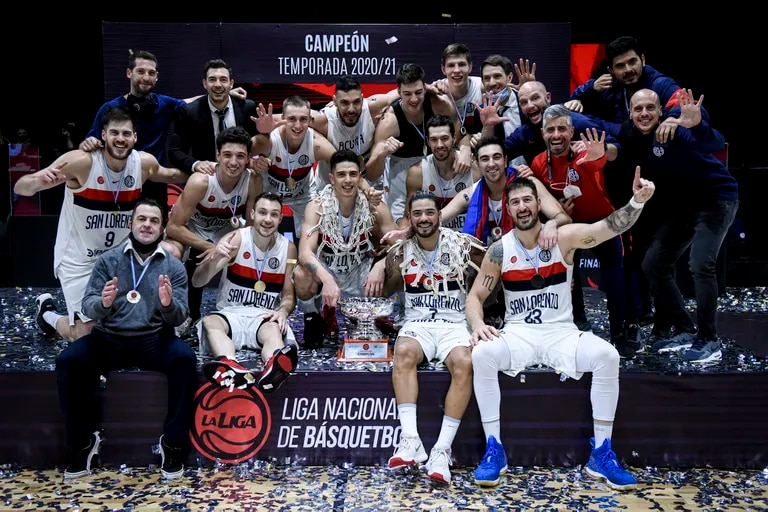 The situation is impossible to sustain. Nothing to hide. Problems multiply for San Lorenzo. The five-time champion National League is on the edge of the precipice. To the inhibition to contract foreigners due to accumulated debts with the players who went through the basketball team, plus the possible disaffiliation of the Argentine competition, now a post by the former coach was added Silvio Santanderin which it points directly to Marcelo Tinelli for a debt of 10 months.

“Almost 10 months after the title, I’m still waiting to collect. If anyone finds Mr @cuervotinelli please let him know, he’s past disrespect and is approaching one more scam”, Santander posted on its Twitter account. In recent weeks, the discomfort and the complaints made by some players to FIBA ​​have deepened, now the public ones are added, since they cannot get answers from Tinelli, the maximum referent of the San Lorenzo project in the National League.

Santander, 50, has a successful career in the National League, where he was also champion as driver of Quimsa, from Santiago del Estero. Besides, he was Sergio Hernández’s main assistant in the 2019 China World Cup.

The Argentine Basketball Confederation received a notification from FIBA ​​in which it request the disaffiliation of San Lorenzo with economic breaches. This sanction should be applied these days. However, the club presented a payment plan and obtained an extra term to continue participating in the National League.

San Lorenzo is going through a bad economic time and has already received sanctions from FIBA ​​for the different debts with Mathías Calfani, Alex Pérez and Claudio Pereira, Ben Pensack -Donald Sims’ agent-, Sims himself, Jerome Meyinsse, Ramón Clemente, Eric Dawson, Gani Lawal and Justin Williams. They all have a sentence and sanction in the BAT, which is the court of the entity.

According to the Télam agency, the figures are around 350,000 dollars only with FIBA, although there are other debts that would take him to almost 800,000, between salaries and prizes from previous seasons.

Debts with national players do not afflict San Lorenzo for the simple reason that they must present a free debt to the Club Association, which is required by the Players Association. In the event that this does not happen, neither team can participate in the local tournament. Foreigners and coaches are not included in those rules.

The annoyance of Santander is not new. Although on this occasion he was much more direct, the DT of Guaiqueríes, from Venezuela, had already spoken a few months ago about the debt that San Lorenzo has with him: “In my case, a very important debt is maintained by San Lorenzo, and it’s annoying, it’s not something that should happen, many of us are waiting to get paid. Every time I try to communicate with someone from the club they don’t answer me. I did everything through my agent, but I didn’t find a solution and I know I’m not the only one, “he said in dialogue with Uno contra Uno web.

San Lorenzo, which went from being the first Argentine team to be able to play preseason games with NBA franchises (Toronto Raptors and Cleveland Cavaliers), to hold preseason games in Spain with victories against Barcelona and Real Madrid, now only has a few youth and a few older ones who arrived this season.

Silvio Santander, the champion DT with San Lorenzo, pointed to Marcelo Tinelli for a 10-month debt