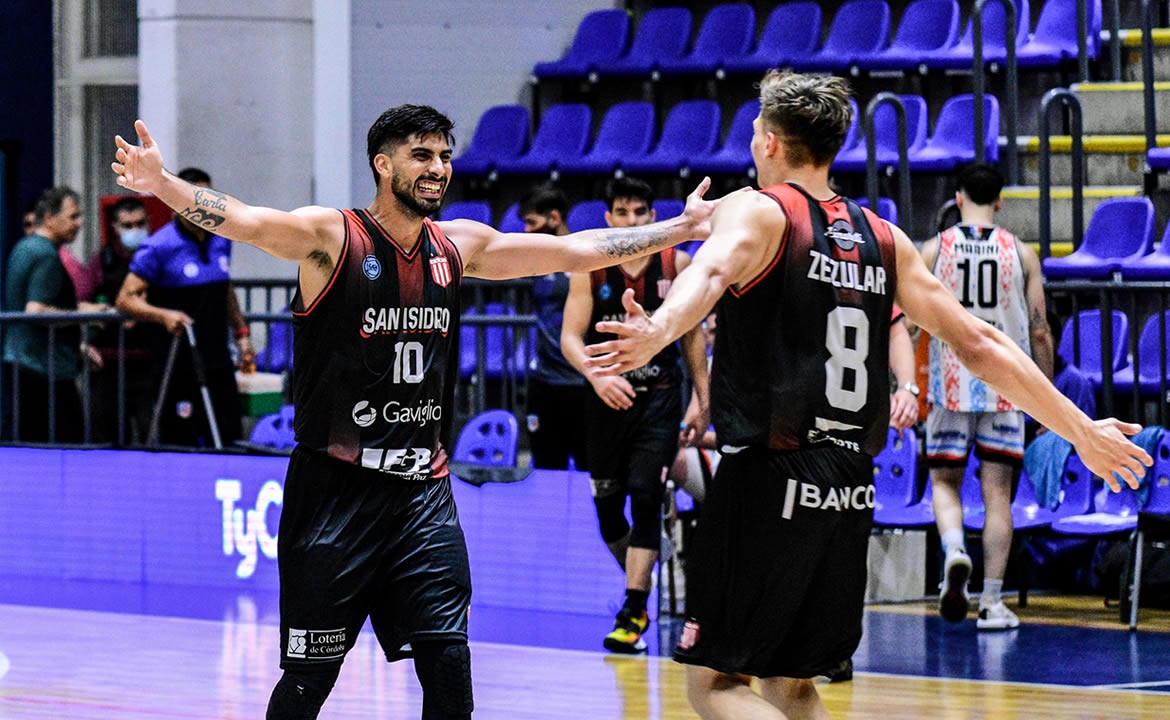 Although he has two more games than Independiente de Oliva, the Halcones Rojos beat Colón in Santa Fe and reached the top of the standings in the Northern Conference. In addition, he assured playoffs 10 dates after the Regular Phase.

All round for the red of our city. San Isidro did not have an easy task in Santa Fe, but he once again fulfilled another extremely solid night, showed his potential and ended up winning against Colón in the “Roque Otrino” gym 88-80.

The cast led by Daniel Beltramo dominated in all aspects of the game, withstood some attacks from the “Sabalero”, but its maturity continues to grow to definitively become the main entertainer of the Conference.

So much so, that the victory in Santa Fe lands allow the “Saint” to climb to the top of the standings. Although it has two games more than Independiente de Oliva and three more than Central de Ceres, today it is San Isidro that looks down on everyone.

In the game; she was smart. He always knew how to read where the advantage lay; he insisted with the internal game, there he got great dividends with the good contribution of Emilio Sctucky and Gonzalo Romero. In the second half, the three-point shot became decisive to be able to break it.

It was a triumph, deserved, well played and earned. As a bonus, the Halcones secured the playoffs classification with 10 dates in advance of the Regular Phase.

The next date will be next Tuesday, March 1 (the day the club will be 102 years old) receiving Deportivo Norte de Armstrong.