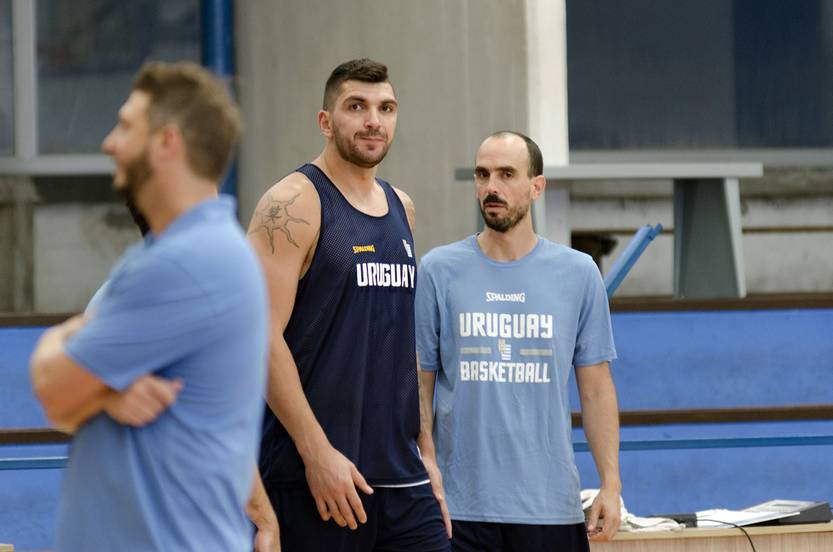 Uruguay continues on its way to the 2023 Basketball World Cup that will be played in the Philippines, Japan and Indonesia. The sky blue began the Qualifiers with two wins against Colombia in the window played in Buenos Aires; Due to the pandemic, all games were played at the Obras Sanitarias stadium.

As of this instance, FIBA ​​Americas decided to go back to the home/away system. The fixture proposes meetings with Brazil and Chile abroad, the rematches will be played in June in our country to close the first phase. The top three in the group advance to the next round, in which they will face the qualifiers from Group D (United States, Mexico, Puerto Rico and Cuba). Although it is discounted that Uruguay will qualify for the final stage, the victories obtained are carried over, so winning at least one in this window is key to the aspirations of reaching the 2023 World Cup.

Tomorrow at 7:10 p.m., the team led by Rubén Magnano will face Brazil at the Pedrocão de Franca gym. Later, on Monday the 28th, they will play Chile at 10:10 p.m. at the Antonio Arsumendi Coliseum in Valdivia.

Brazil and Chile met in Buenos Aires in the first two dates of the group. The Brazilians won 77-53 and 81-55 to lead the zone together with Uruguay.

Without a doubt, those led by Gustavo Conti −who just won the Intercontinental Cup with Flamengo at club level− are the great candidates to finish first and undefeated. For this double date, the returns of Léo Meindl (Fuenlabrada, Spain) and intern Augusto Lima (Murcia, Spain) stand out, who join Vitor Benite (Burgos, Spain) and former NBA Bruno Caboclo (San Pablo) as main figures.

It is a very tall team, with large forwards who will have a hard time defending and with infielders who, in addition to being of good size and being preponderant in the paint, have good percentages of success, 6.75, and generate a lot of play.

Chile is going through a stage that mixes turnover and growth. Although it has improved a lot, it is still not at the level of the continental powers. Even so, beating him is not a formality, as in the past. It is an intense team, which puts a lot of pressure on the ball defensively.

The base of Estudiantes de Madrid, Ignacio Arroyo, is one of its main figures. In addition to driving, he has the virtue of stealing many balls in his defense. Chilean aspirations depend a lot on his performance. There will also be Sebastián Herrera, from the German Ewe Baskets, an interesting forward who at the training level was the leader in several “surprise” wins for the red team against the light blue team. Manuel Suárez will be absent, a very interesting pivot, with a goal and a good percentage of free kicks who plays for Nyiregyhaza Blue Sharks of Hungary.

we are not all

Uruguay will not have its full potential for these two games. Santiago Vescovi and Jayson Granger were not authorized by their clubs to travel, since the NCAA and the Euroleague do not depend on FIBA ​​and have no obligation to loan their players for the Qualifiers.

Added to the long list of absences are Bruno Fitipaldo (due to a back injury), Matháas Calfani (due to laceration) and Emiliano Serres (due to a fracture). Kiril Wachsmann tested positive for covid and will not be against Brazil, but if he is recovered he will travel directly to Chile for the second match.

The good news was the nationalization of Diego Pena García, who since February 19 was allowed to play for Uruguay. The forward who defends Biguá is Argentine but has a Uruguayan mother, he fulfilled all the corresponding procedures and joined the list towards the end.

The team left on Monday for San Pablo with 14 players