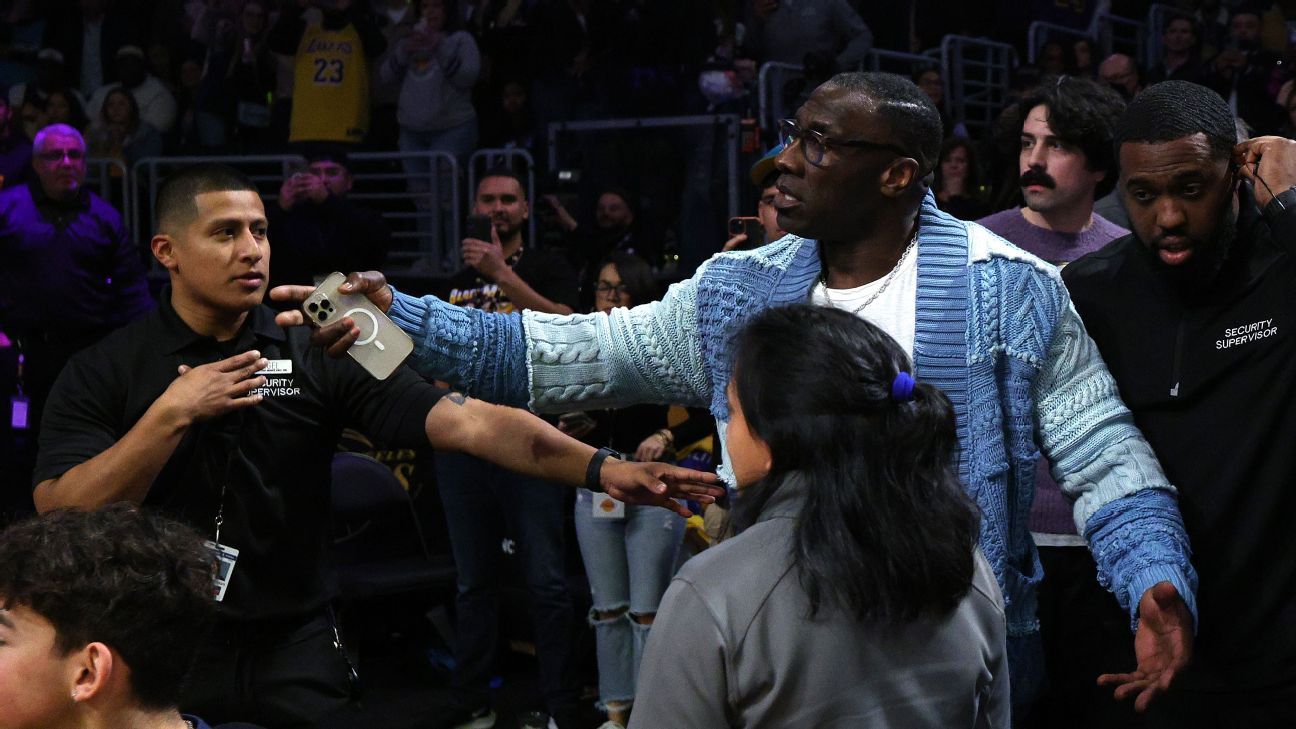 LOS ANGELES — Tempers flared just after the second quarter buzzer in Friday night’s game between the Memphis Grizzlies and Los Angeles Lakers when several members of the Grizzlies got into a shouting match with the member of the NFL Hall of Famer Shannon Sharpe, who was sitting near the court.

Officials and security intervened to resolve the confrontation when several Grizzlies players, including Dillon Brooks, Steven Adams, Ja Morant and Morant’s father, Tee Morant, gathered on the sideline in front of his bench at Crypto.com Arena to get closer to Sharpe.

Sharpe, who currently works as a commentator for FOX Sports, was escorted by security through the tunnel to a back hallway of the arena where he stayed through halftime before returning to his seat for the third quarter.

Part of Sharpe’s persona on his show, “Undisputed,” celebrates his unabashed fandom for Los Angeles Lakers star, Lebron James, in front of his co-host, Skip Bayless, a notorious critic of James. Sharpe appeared on the show wearing a goat mask and James’ jersey, suggesting that James is the NBA’s greatest player of all time, or GOAT.

Sharpe gave ESPN a brief interview on his way back to his seat before the second half began.

“But I wanted everything they had. Don’t let these fools fool you now.”

The Grizzlies, who entered the night riding an 11-game winning streak, led the Lakers 53-49 at the half.

NFL HOF Shannon Sharpe gets into shouting match with Grizzlies