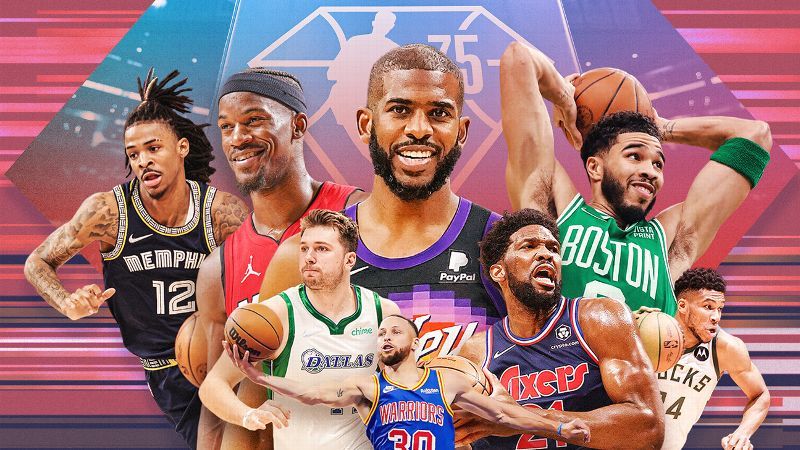 The NBA playoffs are already underway, and it’s shaping up to be an open race for the 2022 title.

The Phoenix Suns had the best regular season record in the league: eight games ahead of the second-place Memphis Grizzlies. Devin Booker, Chris-Paul and the defending Western Conference champions are on a mission to redeem themselves after last season’s six-game Finals loss to the Milwaukee Bucks.

Many Western contenders stand in the way of the Suns, including Ja Morant and the Grizzlies, the favorite for MVP Nikola Jockic and the Denver Nuggets and Golden State Warriors, who are back in the playoffs for the first time since reaching the Finals in 2019.

In the East, the defending champion Bucks are the third seed in a cramped conference: The top-seeded Miami Heat, Boston Celtics, Bucks and Philadelphia 76ers finished separated by just two games in the final regular-season standings.

And the Brooklyn Nets, who needed the play-in tournament to clinch the seventh seed, have the star power to rock the postseason.

Here’s all the info you need for each first-round matchup, including schedules, news and series-by-series analysis.

Miami showed its credentials as number one in the East and comfortably beat Atlanta 115-91. Great production from Robinson (27, 8/9 3-pointers) and Butler (21). Gallinari added 17 on the visit.

Celtics, the first obstacle for Irving and Durant on their way to the title

Tatum had the last ball and scored the two points to give his team the victory by 115 to 114. The forward was the top scorer with 31 points and Al Horford added a double-double. In Brooklyn, Irving excelled at 39.

Milwaukee beat Chicago 93-86 and made it 1-0 in the playoff series. Antetokounmpo appears with 27 points and 16 rebounds, well accompanied by López with 18 points. In the visit, Vucevic added 24 plus 17 recoveries.

With 31 points and 11 rebounds from the Cameroonian, Philadelphia took a 2-0 lead in the series. In addition, Maxey made a key contribution of 23 points, 9 rebounds and 8 assists. In Toronto, OG Anunoby was the leading scorer with 26.

The experienced point guard had 30 points and 10 assists in Phoenix’s 110-99 win over the Pelicans (1-0 series). In the winner, Booker scored 25 while Valanciunas added 18 plus 25 rebounds in New Orleans.

• Anthony Edwards dazzles with 36 points in his first playoffs

The Minnesota cast outscored the Grizzlies 130-117 to take a 1-0 lead in the NBA Playoffs series. Great job from Edwards (36) and Towns (29) for the win. Ja Morant finished with 32 points.

• Warriors give a blow of authority against Nuggets

The point guard closed his magical night with 34 points jumping off the bench, while Poole confirmed his great moment and contributed 29 points and 8 assists in the 126-106 victory. Facu Campazzo entered in the last quarter and added 2 rebounds and 1 assist.

Dallas made up for the absence of its best man, Luka Doncic, and a physically more dominant Utah lineup with a strategy based on speed and good shooting behind the 3-point line to tie the series at 1-1.

NBA Playoffs 2022: everything you need to know about the first round