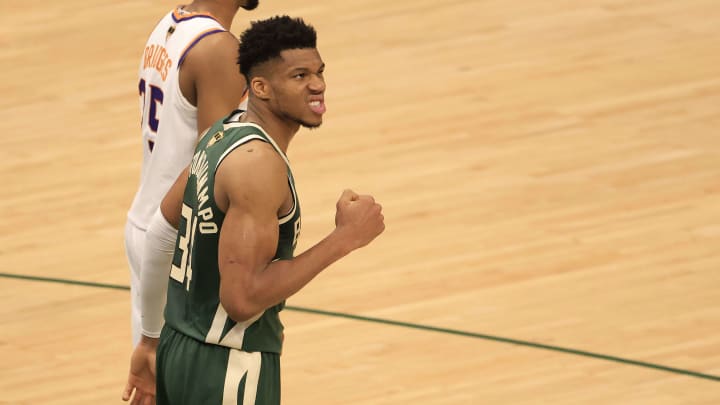 The Milwaukee bucks achieved their first victory of the The NBA Finals this Sunday against the Phoenix Suns by 120-100 in a brilliant performance by Giannis Antetokounmpo of 41 points, 13 rebounds and 6 assists.

In addition, the Greek had the support of his teammates Jrue Holiday with 21 points and 9 assists and Khris Middleton, who had 18 points, 7 boards and 6 passes for points.

Milwaukee used an effective defense against Devin Booker that left him in the end with 10 points scored by the Suns, product of a 3-14 in field goals and an embarrassing 1-7 in shots of three.

Both teams will meet again this Wednesday in what will be the fourth game of the series that defines the league champion in its 2020-21 edition.

There are no games scheduled for this Monday, July 12.

With his performance in Game 3 of the final series, Giannis Antetoumnpo joined LeBron James and Shaquille O’Neal as the only players to have a double-double (points and rebounds) performance in a decisive instance. The Greek finished with 41 points scored and 13 boards scored, in addition to 6 assists.

Monty Williams showed his annoyance with umpiring after Sunday’s Game 3 Finals loss to the Bucks. “I’m not going to complain publicly about fouls, but in total we had 16 free throws and only one player of them had 17, Williams told reporters after the game. Milwaukee finished with 10 more free throw attempts and six fewer personal fouls than Phoenix

NBA games can be seen on ESPN, ABC and TNT television signals. On the Internet for the official streaming of the league: NBA League Pass.