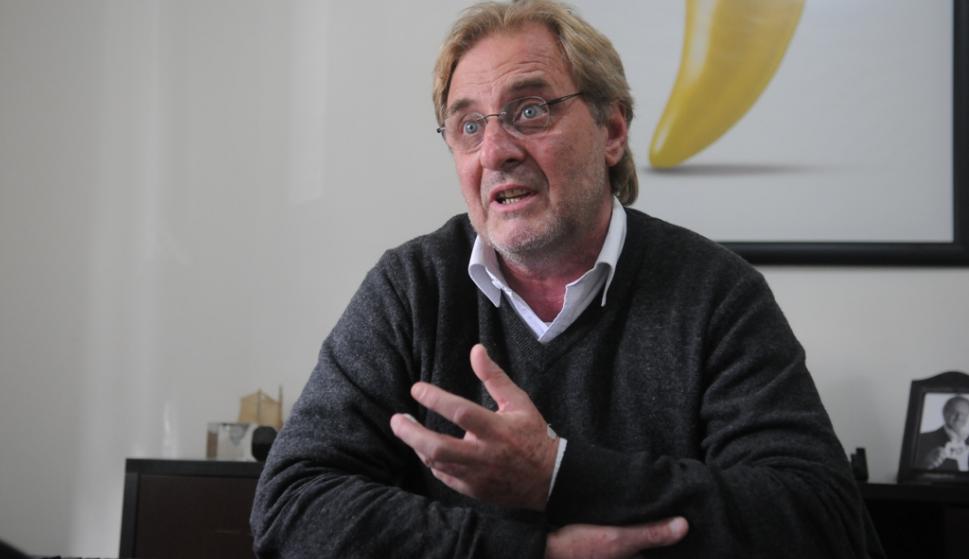 Nobody has any doubts that it is possible, but all the voices call for unity to combat violence in basketball. There are enough signs that in some cases respect has been lost: the spittle that referee Diego Borghini received during the game between Olimpia and Peñarol, Victor Rudd’s offensive gesture towards Trouville’s supporters, which led to the invasion of the pitch by Pocitos group, or the confrontation of Nicolás Delgado after the technical fouls charged by Alejandra Godoy, which led to a public complaint by the judge alleging physical aggression.

On the last case, which like the other two are in the hands of the Court of Penalties, none of the parties involved wanted to make statements while waiting for the body to be issued. Neither did Nicolás Rivadavia, a member of the entity in charge of applying sanctions.

Anyway, Gonzalo Salgueiropresident of the Union of Official Basketball Judges, commented: “Although it is true that in the only footage that is circulating the player’s grip on the judge’s forearm is not clearly seen, I have no reason to distrust what the referee says. Why?”.

In this sense, he clarified that there are witnesses to the alleged event and recreated the dialogue he had with the main judge of that match: “Julio Dutra told me: ‘Gonza, I saw how his forearm swelled, his fingers were marked'” .

At the same time, he affirmed that the club delegates also perceived it and added: “Then there is no point in inventing something to harm someone, that they get it out of their heads because the referee does not go out on the field with that intention ” .

The first will be a warning, the second complaint and the third the referees leave the court; that is what the regulation indicates before any act of violence.

However, Ricardo Vairopresident of the Uruguayan Basketball Federation, maintains that “in some cases and for trying to keep the show going it was not being applied.” The statement was ratified by the head of the referees himself, who declared that, beyond the fact that it is a job, they carry out their activity with passion and want the match to end. “That’s why many times we turned a deaf ear to some things in order for the game to end, but we believe that this snowballed to such an extent that we had to say enough is enough because we no longer tolerate violence,” Salgueiro said.

He affirms that from now on they will comply with what is written in the disciplinary code to the letter. And in pursuit of that goal there was already a meeting between Vairo and Salgueiro to unify criteria “because suddenly it happened that a certain thing was applied in one party, but not in another,” indicated the authority of the Federation.

Beyond stopping the game in the face of acts of violence, is it possible to prevent violent people from entering the gym? Currently there is a black list in which it is planned that the right of admission be exercised in the corresponding cases, but for Salgueiro it is also necessary to emphasize this. “On this issue we had a meeting with the neutrals of the federation and they told me that the blacklist is in force, what we have to ask the leaders is that they do it strictly, because there was also some flexibility in that sense. So, just as we are going to become stricter, we understand that the leaders of the federation must also be stricter”.

Along these lines, the head of the referees’ union cited a specific case that occurred when an inspector was denounced for not collaborating and even insulting the refereeing list: “That inspector should go on the blacklist and could not enter any more. What are they flexible about? In that he is sanctioned as an inspector, but he can attend as a partial, so it is like a sanction that does not really have an effect because the person is going to continue going to the field ”. When asked about it, he indicated that he remembers more than one case of this type, although he ultimately preferred not to name names.

Regarding other ways to restrict access to violent people, such as facial detection cameras, Vairo pointed out that they are “unfeasible” according to the budget that basketball manages.

On the other hand, one aspect that is rumored is that there are clubs that provide tickets to violent fans. When asked about this matter, Mateo Sarni, secretary of the Associated Uruguayan Basketball Players (BUA), stated: “Not specifically, they are things that are obviously discussed, but I have no certainty, proof or knowledge that they really happen. The popular common says that it happens, but not more than that”.

In this sense, Rivadavia stated: “I am not aware, they can be comments that are handled on a day-to-day basis; eradicating violence in sports is not only the responsibility of the Uruguayan federation, but of the clubs that for some time now have assumed the responsibility of working on the issue of security and seeking to eradicate violence, which are not easy, because the leaders who are honorary have to face delicate situations”.

The need to eradicate the slightest act of violence is recognized by all, even the president of the League identifies “a kind of exacerbation” that they are trying to face after the return of the public to the courts, but some believe that the trouble.

In fact, Vairo himself indicated that “there have been no serious acts of violence, but rather some outbreaks that include players and leaders who cannot pass.”

For his part, Esteban Yaquinta, president of the National Association of Basketball Coaches of Uruguay (ANEBU), said that a “real framework” must be put into what is happening because “extremely serious things have not happened, but things that normally happen. when the tournaments are in the definition stage”. In any case, he emphasized that all basketball actors are the image of a lot of people and therefore they must be careful with the handling of emotions.

Sarni he supported his statements and urged self-criticism on the part of the players and dialogue between all parties. “It is a responsibility that we have to assume and that we have to constantly reflect on. There is a lot of tension during the games, but there are lines of conduct that have to be maintained, ”he indicated.

Next week there will be a meeting between the actors to find a solution to an issue with multiple edges.

And Salgueiro is already clear about the first question to ask: “Do you really want to put an end to all this climate of violence that is being experienced? If the answer is yes, we have the ways to do it, but there are times when there are attitudes that seem to be in the opposite direction”, he declared.

In this sense, he was sympathetic to the adrenaline and the level of demand to which all the actors are exposed, but he understands that it is time to act to avoid greater evils. “If we don’t stop it now, when we want to agree it can end badly because one day a fan with all this handle that there is from the leaders on social networks is going to get up crossed and we don’t know what can happen, then: guys, it’s time to lower the ball to the ground, that is the message we want to give”, explained the international judge.

There are multiple positions: there are those who understand that the issue is inflated, others who think that it is possible to start by eliminating small violent practices and some who point to a process of behavior transformation.

“I was a fan, and far from super violent attitudes, sometimes I insulted players, for example. Today I am a player and it seems incredible to me how that happens, but one sometimes gets carried away by the general public and believes that these instances where certain crises are part of, understood as an opportunity, give the opportunity to continue talking about the subject, and shape their practices according to what he thinks”, closed Sarni in reference to the fact that the paths of reconstruction are “slow” and occur through reflection.