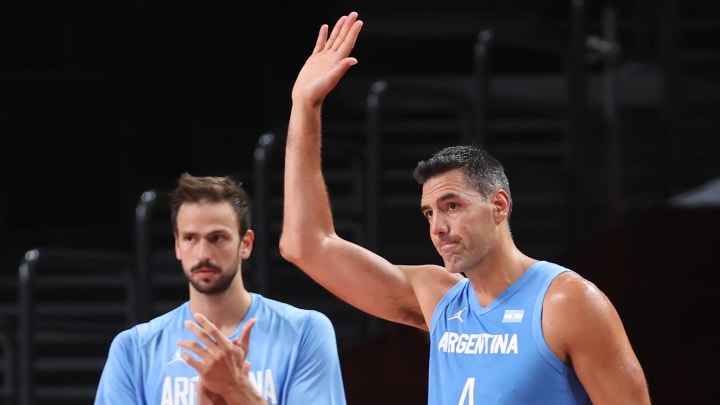 Australia’s 97-59 victory over Argentina in the quarterfinals of the Olympic Games marks the end of Scola’s glorious career with his team.

Luis Scola He became the first player in history to compete at the age of 41 in the Olympic Games with his participation with the Argentine basketball team, a brand he shared with the former NBA Paul Gasol with Spain in the Tokyo edition.

What’s more, Scola He is the only basketball player at present to compete in five World Cups of the discipline and the same number of attendance at Olympic events, so his history in the sport will be marked as one of the greatest feats in the world.

Throughout his time in Athens 2004, Beijing 2008, London 2012 and Rio de Janeiro 2016, Scola was writing a unique story in statistics and in both collective and individual achievements with his team, with the gold medal in Greece being the peak moment for him and his family.

Scola’s best point record in an international match was 37 during the group stage of the 2008 Beijing games against Russia. That production was possible, thanks to a 12 of 16 shooting from the field, 13 of 17 from the free line, in addition to capturing 8 rebounds, 3 assists, 2 blocks and a steal.

In total as an international player, the Argentine had a total of 525 points in 30 games that leave him with a solid 58.5% in field shots and 37% from the triples, statistics that place him as the top scorer of his team over former NBA Manu Ginobili .

Regarding the top scorers in the Olympic Games, Scola consolidated in Tokyo as the fifth best of all time only surpassed by: Oscar Schmidt of Brazil with 1,093 points, Andrew Gaze of Australia with 789, Pau Gasol of Spain with 623 and Marques Wlamir from Brazil with 537 goals.

Likewise, he will leave a solid total of rebounds captured in international appointments of 181 with 125 defenders and 56 offenses, for an average of 6 per game and 15 blocks, which confirm him as one of the best defenders under the boards in history.