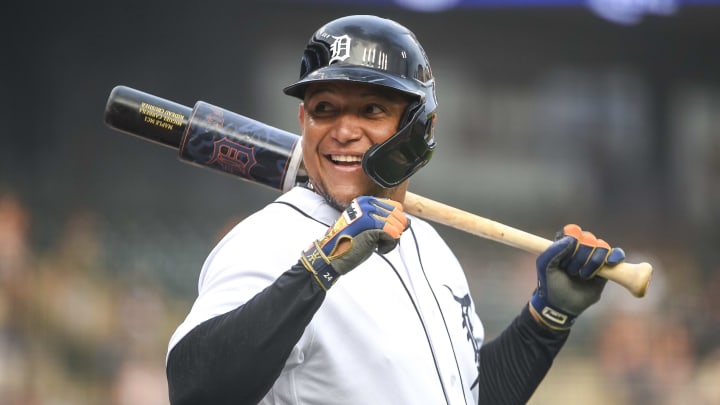 The star of the MLB Miguel Cabrera and his Detroit Tigers They begin a three-day series on Tuesday at their home, Comerica Park, against the Boston Red Sox.

With nothing to look for in the fight for tickets to the postseason, Detroit supporters are left with the fact that the Venezuelan achieves one of these marks in the two months until the end of the regular season of the Big leagues.

Veteran CabreraThe 38-year-old with 19 seasons in the majors is right now in the middle of a seven-game streak hitting at least one hit, and that fuels the illusion of seeing him hit 3,000 hits in 2021, which would make him the 33rd player in MLB history with that number. He has 58 to go (he has 2,942) and has already given 76 this year.

It is the closest goal in sight for the Venezuelan slugger, who has flown the fence 10 times this season. He’s coming off a two-homer game and he only needs three more to add his name to a roster with 27 players.

Of his 76 hits this year, 9 have been two-base hits. Cabrera may become the 18th player in Major League history with 600 or more lifetime doubles, but for that he will need to hit 10 more in the next two months. Accumulate 590 in a brilliant career that is sure to lead him to the Hall of Fame.

Cabrera is 22nd all-time in RBIs with 1,777 and is chasing Frank Robinson, who retired with 1,812 charters. For that he will need to drive 35 more touchdowns. He’s been 48 so far this season.