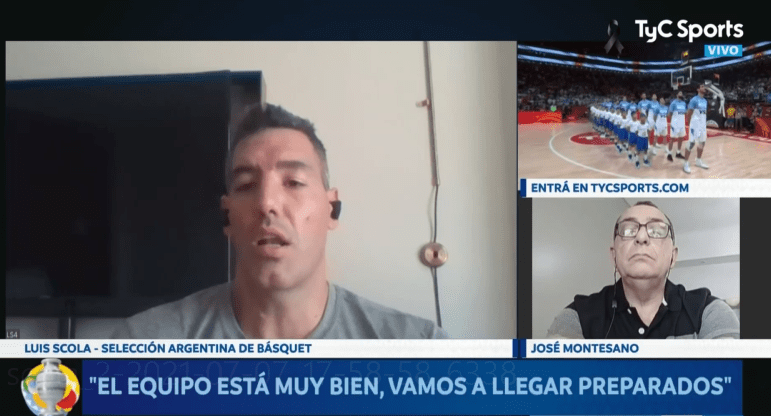 The forward and maximum reference of the Argentine team spoke hand in hand with TyC Sports from Las Vegas, where they made the set-up for Tokyo, which will be their fifth and last Olympic event.

From Las Vegas, where the Argentine basketball team is setting up for the Olympic Games, Luis Scola, maximum reference of the establishment and Olympic champion in Athens 2004, spoke hand in hand with TyC Sports. The 41-year-old Alero delved into different topics: how they prepare for Tokyo, the growth of the team in relation to the last World Cup (China 2019), their present, retirement and more.

In the first place, the Varese player from Italy referred to the comforts and the good organization of the tour they are doing in the North American city, where they will play friendlies against Australia (on July 10), Nigeria (on July 12) and the United States (the 13th): “It’s a good place because you can work very well. We did well here in 2007. USA Basketball has an organizational level and an economic potential that no other country has.”

Luis Scola, in depth: the preparation of the National Team for the Olympic Games, its present, retirement and more 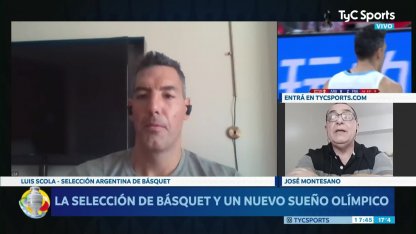 Scola, on the preparation of the National Team for the Olympic Games

“It was clear that it was not going to be a normal preparation (for the pandemic) and surely the one who best adapts to this will get a little advantage. But the team is good, complete, we are training. We were able to have a good week and a half and we still have friendly matches. We still have a lot to go, but we can come to the tournament prepared “, Scola analyzed.

Regarding how he feels personally from the physical thinking of Tokyo, the forward, who will participate in his fifth and last Olympic event with the Argentine National Team, said: “I am well physically, training, playing. I am satisfied with how I get to the friendly matches and if everything goes well, I will get to the Olympic Game well. Then we know how it is: sometimes things go well in the tournament and sometimes they don’t. I am satisfied with my preparation. “

A good apart from the players who will represent the country in the Olympic Games, will be the same ones who did in the World Cup in China in 2019, where those led by Sergio Hernández were runners-up. Comparing that team to the one now, Scola explained: “In general, the teams from one year to the next are different, even if they have the same players. In this case Two years passed and the team changed. “

Along these lines, he left a clear message: “we have talked for 15 years about general replacement and we will continue to do so, but in reality there is no generational replacement, the team is evolving “.

Luis Scola, in depth: the preparation of the National Team for the Olympic Games, its present, retirement and more 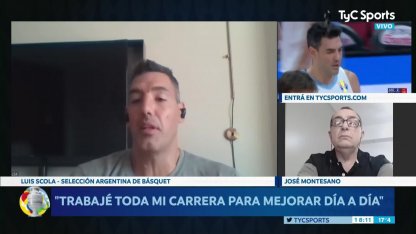 Scola and the group of the Argentine National Team for the Olympic Games: “It’s not easy”

The selection led by Oveja Hernández will debut on July 26 at 1:40 in our country before Slovenia; then, on Thursday 29 at 9:00, it will be measured with Spain and will close the Group C on Sunday, August 1 before Japan, once more at 1:40.

“The group is not easy, it is clear. Slovenia has probably the player in the best form in the world (Luka Doncic), Spain is the last world champion, Japan is the local … But it is an Olympic Game, and if you want to win a medal you will have to win at least one difficult match in the group and three at the highest level in total. So it is impossible to have an easy group.

The possibility of finally leaving basketball, at 41 years old, once the participation of the selected team in Tokyo has concluded, is latent, however, the former Houston player did not want to refer to what will happen in the future since now “in what The only thing I think about is playing. “ “I try to disconnect from that. Not because I’m not going to get bad when I retire or because I don’t know it’s the last Olympic Games, but because it doesn’t add up and what doesn’t add up, subtracts “, express.