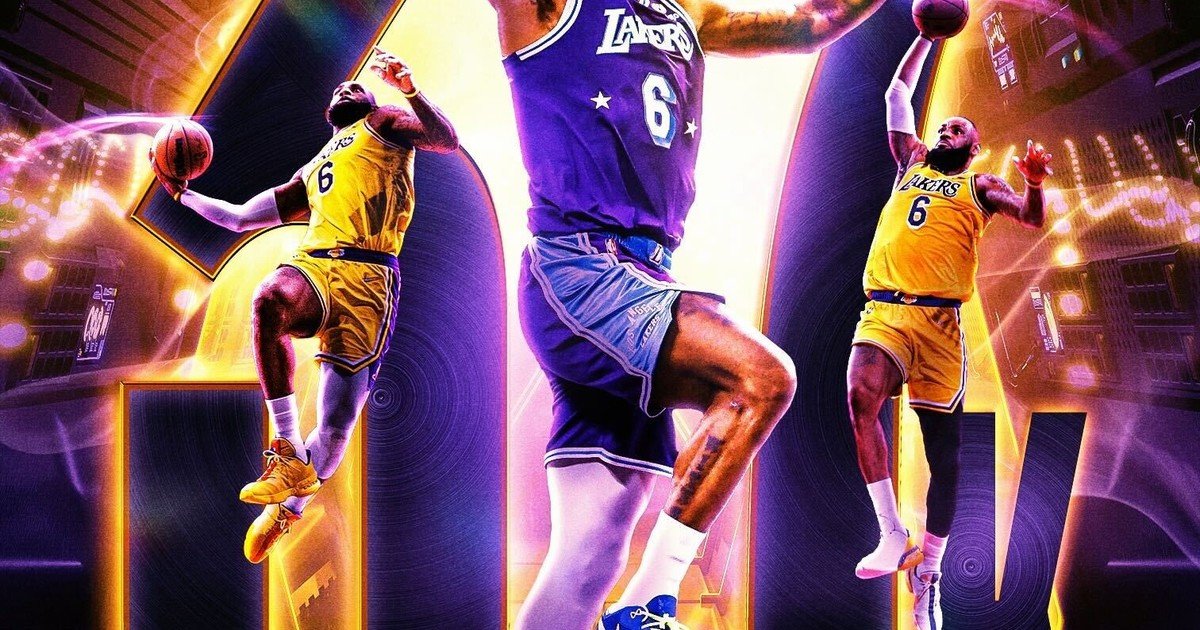 The 2021/2022 season, without a doubt, is far from being what the fans of Los Angeles Lakers and even the same franchise. With just 31 wins and 43 losses, they rank 10th in the Western Conference. and today they are in the last place to enter the Play-in that will define the eight classified for the Playoffs.

With seven defeats in the last 10 games, the present of the Lakers generates great concern in the most important basketball league in the world and even more so when there are only eight games left for the end of the regular season. However, in this context, who does not stop making headlines due to his great yields is Lebron James, who despite the news of his team, day by day continues to make history in the NBA.

In the same month that He became the first player to break the 10,000 point, 10,000 rebound and 10,000 assist mark. now LeBron was once again the protagonist of the covers of all the specialized media for the 39 points he converted in his team’s 116-108 loss to the New Orleans Pelicans.

It is that beyond the fact that he was the top scorer of the game, with those points James surpassed the barrier of 37,000 thousand points and became the youngest player to do so and the second in NBA history. after the legendary Kareem Abdul-Jabbarwho is the leading scorer of all time with 38,387.

The table of the highest scorers in history.

LeBron left behind the famous center of the Utah Jazz Karl Malonenow third on the scoring list with 36,928 units.

The Lakers forward added to his roster 9 rebounds, 5 assists and 1 block in the 41m37 he was on the court.

To say that LeBron James continues to make history in the NBA has long ceased to be a novelty. But the truth is that year after year, the Akron native continues to increase his figure in the most important basketball league in the world. And, in case someone still has doubts that he is in the top 3 of the best players in history, it is enough to review his numbers to verify it.

It is that on Sunday, March 13, in the loss of the Los Angeles Lakers 140-111 against the Phoenix Suns, the 2.06-meter forward had 31 points, 7 rebounds and 6 assists. But it is precisely on this last item that we are going to focus. Because with those 6 pass-goals, LeBron surpassed the 10,000 barrier. He only needed 2 to break that record and already in the second quarter he had achieved them. Carmelo Anthony will also remain in history, who converted from three, after the assistance with which Lebron reached a mark never before achieved.

Because beyond the incredible number of 10,000 assists, With 37 years and 19 seasons in the NBA, James achieved something historic, he became the only player in history to reach 10,000 points, 10,000 rebounds and 10,000 assists. And although he lacked two assists to reach 10,000, in the case of goals, it is a barrier that he already crossed a long time ago and this Sunday he had the luxury of reaching 37,000.

The 10,000 rebounds were reached on January 19 of this year and currently ranks 39th in this specialty, according to official NBA data. Also, to his personal numbers too you have to add his four rings, two with the Miami Heat, one with the Cleveland Cavaliers and the last one with the Lakers.