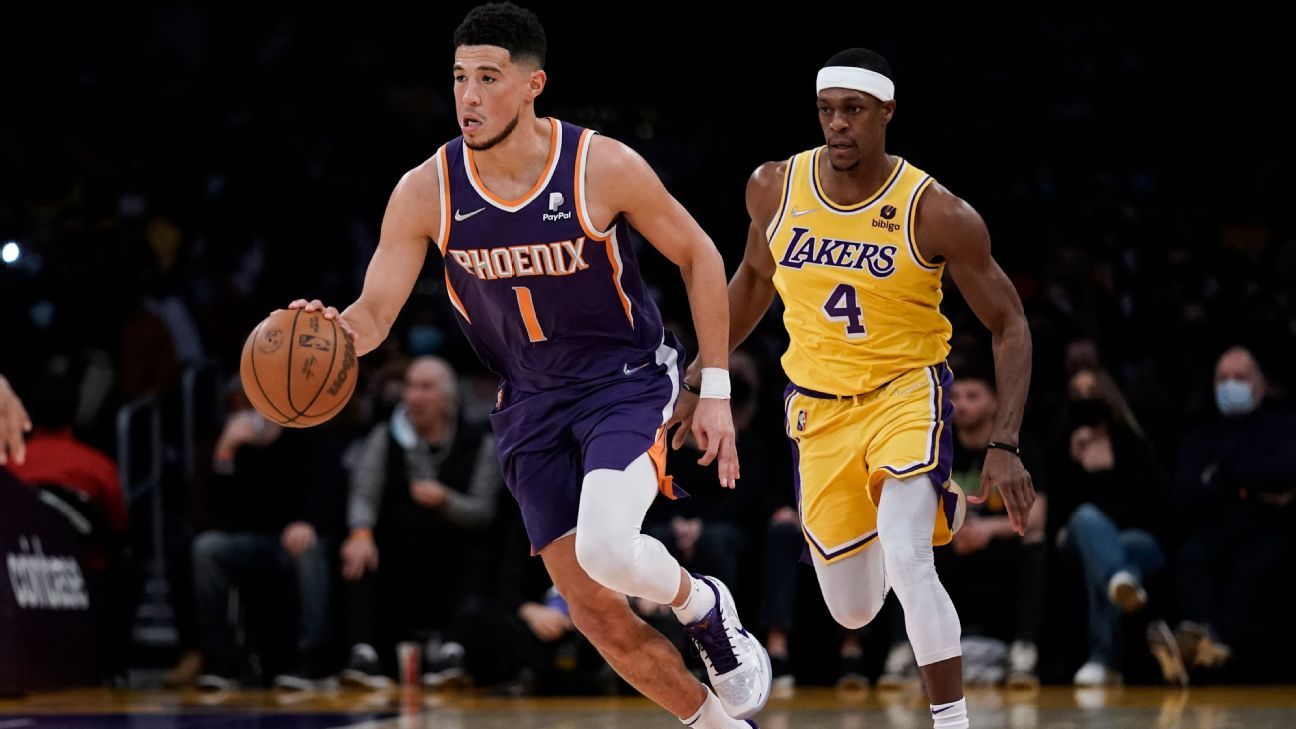 Some Los Angeles Lakers with many problems lost at home to Western Conference leaders the Phoenix Suns, and, after wins for New Orleans Pelicans, Dallas Mavericks, Miami Heat and New York Knicks, became the only team of the day on Tuesday to be beaten at home.

Brandon Ingram was the standout in the 111-97 win with 28 points, 8 rebounds and 8 assists, well seconded by Alexander-Walker’s 27 units. In Portland, Lillard played a great game with 39 points and 7 assists.

The Pelicans beat the Trail Blazers in New Orleans by 111-97 in a game that the locals controlled except in the second quarter and in which the Portland point guard, Damian Lillard was the leading scorer with 39 points, 2 rebounds, 7 assists and 1 steal..

But despite Lillard’s ERA, who made 6 of the 11 triples he tried, the Pelicans outscored the Trail Blazers with more team play.

Six Pelicans players had more than 10 points, including Spaniard Willy Hernangómez with 13 points, 6 rebounds and 2 assists. The top scorer for the Pelicans was Brandon Ingram, with 28 points, 8 rebounds and 8 assists. In addition, Jonas Valanciunas had a double-double of 10 points, 16 rebounds, 1 assist and 1 block.

Devin Booker dressed as a hero and was the figure with his 25 points, 9 rebounds and 7 assists, while Ayton scored 19 and 11 boards. In the Los Angeles team, LeBron James made a great game: 34 points and 7 recoveries.

Despite the absences of the main stars of the Mavericks (Luka Doncic, Kristaps Porzingis and Tim Hardaway Jr.), in addition to three other casualties, those of Dallas beat the Minnesota Timberwolves at home.

The top scorer of the game was the Mavs point guard, Jalen Brunson, with 28 points, 2 rebounds, 6 assists, 3 steals and 1 block.

For the Wolves, the leading scorer was insider Karl-Anthony Towns, with a double-double of 26 points, 14 rebounds, 7 assists and 2 blocks. D’Angelo Russell also had a double-double of 14 points and 12 assists. Argentine point guard Leandro Bolmaro started the game as a starter although he finally only played 11 minutes and did not score any points.

Dallas closed it well and celebrated another victory without Doncic. The local beat Minnesota 114-102, which had the Argentine as a starter (2 rebounds in 11 minutes). In the winner, Brunson was featured with 28 points and 6 assists.

The Suns easily beat the Lakers 90-108 in Los Angeles with Devin Booker and Deandre Ayton as main engines of the Phoenix.

In the Los Angeles team, LeBron James could not drag the rest of his teammates. James, who despite spraining his ankle in the third quarter continued on the track until the end, He was the leading scorer of the game with 34 points, 7 rebounds, 2 assists, and 2 steals..

Russell Westbrook, with a double-double of 22 points, 10 rebounds, 5 assists and 3 steals, and Trevor Ariza, with 12 points and 5 rebounds, were the only LeBron teammates to break the 10-point barrier.

Miami dominated from the start and beat Indiana 125-96. Shooters Robinson and Herro had 26 points each with 11 of 18 on 3-pointers between the two. Duarte contributed 17 for the loser.

The Heat did not give the Pacers any options and won in Miami 125-96 in a game in which Florida’s were 33 points ahead in the fourth quarter.

Heat players Duncan Robinson and Tyler Herro were the game’s top scorers with 26 points each.. Heat guard Kyle Lowry had a double-double of 11 rebounds and 12 assists, plus 8 points. Omer Yurtseven was the game’s top rebounder, with 13.

On the Pacers, Caris LaVert and Chris Duarte finished the game with 17 points each.

Mitchell Robinson was the big figure with 17 points and 14 rebounds coming off the bench, while Fournier was New York’s leading scorer with 22 points. In addition, Julius Randle had an outstanding performance with 21 points and 11 boards.

The Pistons, the worst team in the NBA this season, failed to rack up two consecutive victories when he was defeated in New York by the Knicks by 105-91.

For the Pistons, the leading scorer was Saben Lee, with 16 points, one more than Saddiq Bey and Cory Joseph.