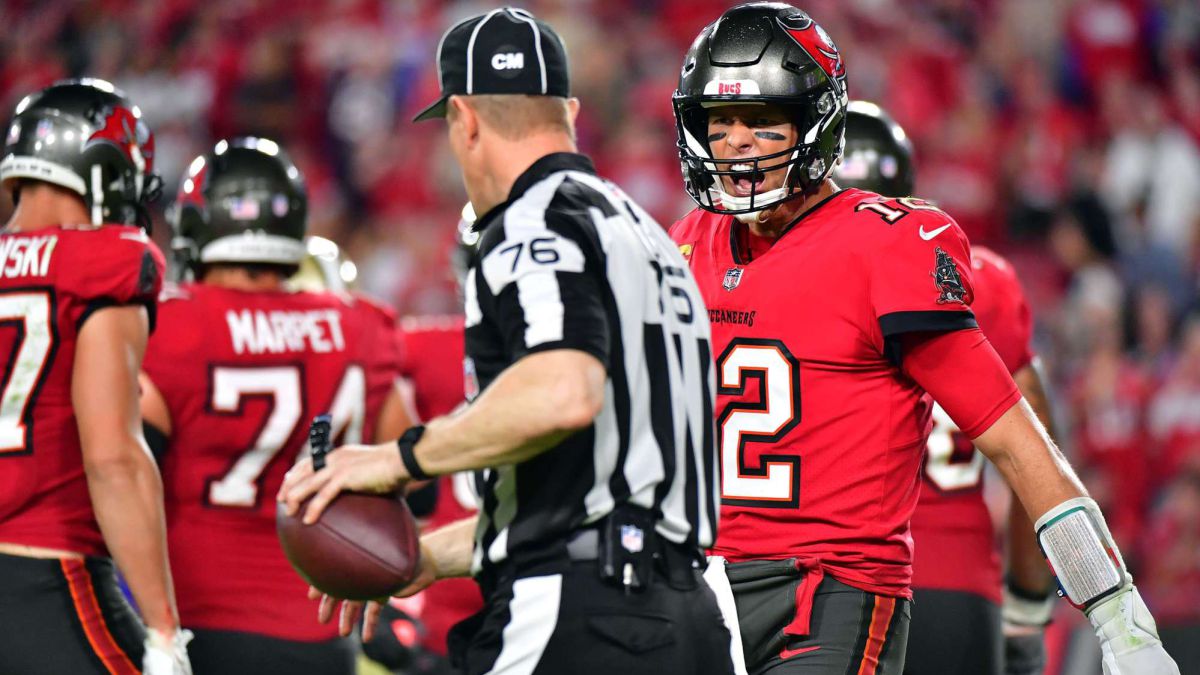 A part of the image that Tom Brady Dad’s good vibes project immersed in the narrative of sustainability, organic food and other issues that are in vogue among the new generations, collapsed on Sunday night when the most winning man in the history of professional football exploded in anger insulted to Saints coaches and tossing a tablet like a notebook with a poor rating.

For several moments on Sunday Night, Brady’s frustration immediately led many of us to remember his former coach Bill Belichcik, who curiously 24 hours earlier had some of those bad attitudes when the Patriots were overwhelmed by the Colts.

These are dark days for the NFL. The coronavirus pandemic forced the displacement of three games scheduled on Saturday and Sunday earlier this week. Even with multiple daily cases between the teams, the league decided that it will not be confined, They did not do it last year when vaccines were seen as a distant project, they will not do it now when it is assumed that more than 90% of players have some of the doses patented by US laboratories.

That stress that causes the unknown, perhaps also struck in the spirit of Tom Brady who threw curses and tablets but no touchdown pass.

For the first time since 2006, a team Brady plays for went blank on the board.

THE AFC: A GAME OF SNAKES AND LADDERS

When we all thought that the AFC had a new order, or rather it had returned to the old regime of the Patriots, the Colts came on stage to hit the board and displace the chips that were already getting ready to position themselves in the postseason.

Indianapolis’s victory over New England caused no American Conference organization to obtain a playoff spot. Since 2002 it has not happened that Week 16 started with a team already in the bracket that draws the way to Super Sunday.

The Chiefs, who until not long ago were already classified as the worst disappointment of the season, are again at the top and are the main candidates to reach the Super Bowl, it would be their third in a row.

No, I’m not going to say that Aaron Rodgers means more in the history of Packers than Brett Favre. That is up to you.

But with the next touchdown pass AR12 throws, he will surpass Brett Favre as the Green Bay quarterback with the most shots to the end zone of all time.

With a third straight NFC North title in his back pocket, Rodgers returns to Green Bay and tied with former teammate Brett Favre for the franchise record of 442 touchdown passes.

Rodgers is heading into another season that deserves the MVP nomination, but let’s not forget that at the beginning of the season, there were many silly versions that pointed to Rodgers, of being a man who would sabotage the Packers campaign by not letting him go. during the low season.

Aaron is a competitive animal and wants to win from anywhere.

Rodgers has 30 touchdown passes this season and is the fifth quarterback of all time with at least eight seasons of 30 or more touchdowns.n

THE CARDINALS WITH A DANGEROUS DIVING FLIGHT

Arizona is 3-4 in its last seven games after opening the season 7-0. Sunday against the Lions you could almost feel all the worries of a team that was beaten by the worst in the league on the screen.

The Lions entered the game with a record of 1-11-1, marked the 10th game won by a team over an opponent with at least four more wins this season, tied for fifth-highest through Week 15 in league annals.

The Cardinals not only lost, they were hit hard and that will weigh when the postseason begins.

If there is something that characterizes the Steelers, it is their combat blood that does not allow them to be defeated. ORnce more time in the campaign they achieved a victory that was not budgeted in the forecasts of the majority of the fans and they did so leaving some notations for history.

Ben Roethlisberger threw for 148 yards and had a rushing touchdown, while linebacker TJ Watt had 1.5 sacks and one fumble in the Steelers win over Tennessee..

EAST AFC IS AN OPEN BATTLE

With this victory and the loss of the Patriots on Saturday night, Buffalo can claim the AFC East crown for the second consecutive season by winning. On Sunday they face each other and there the division could be defined.

Let’s not forget that the Dolphins They are still in the fight with a streak that for many continues to fly under the radar, but that should already start to worry more than one as they are contenders for the wild card.

The 5 things we learned from NFL Week 15