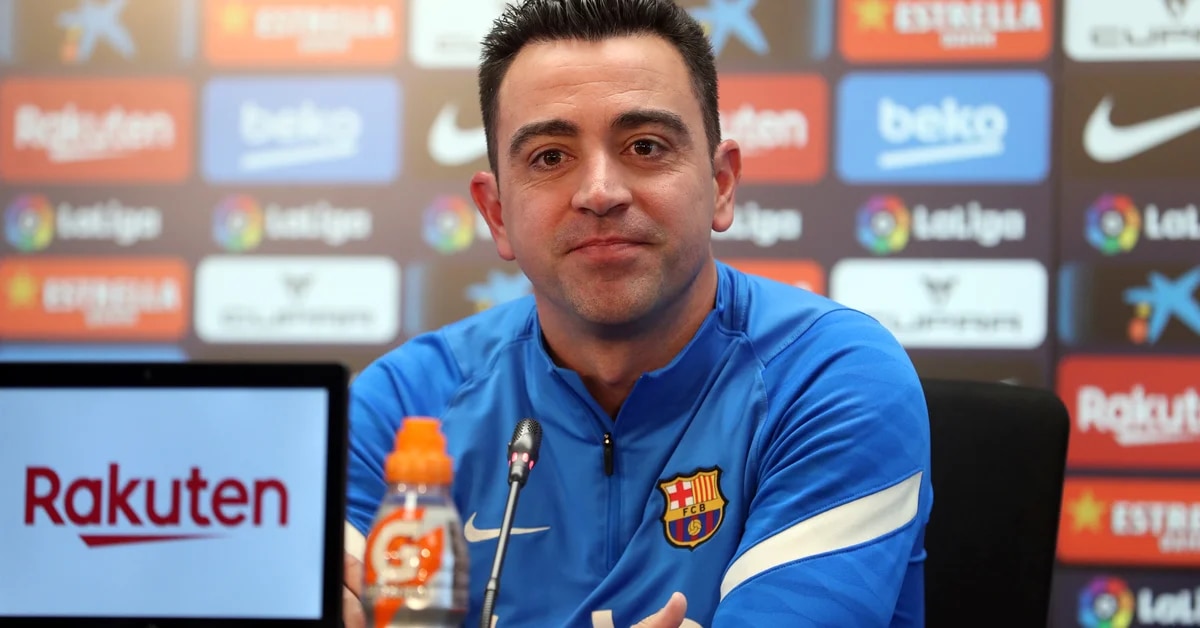 The FC Barcelona It closes an extremely complicated year at a sporting level, especially due to the departure of Lionel Messi in August to PSG. The entity lost its highest star, was eliminated from the Champions League and until today is out of the positions of European competences by occupying the seventh place in the table.

The arrival of Xavi Hernández to the substitute bench gave a renewed air to the institution, which now very slowly seems to be beginning to lift its head out of the well into which it has sunk over the last few years. However, the idol culé will have a difficult task for 2022.

After doing some juggling to put together the starting eleven, affected by injuries, as of January the former midfielder will have five reinforcements assured: Ansu Fati, Memphis Depay, Pedri, Dani Alves and Martin Braithwaite.


The new 10 of Barcelona He still does not know what it is to play under the orders of Xavi Hernández, who landed on November 5 in Barcelona and whose first game was against Espanyol de Barcelona, ​​achieving a victory by the minimum.

The 19-year-old suffered a tear in the biceps femoris of the left leg during a match against Celta, prior to the debut of the former Al Sadd manager. In the same situation there is also Martin Braithwaite, who knew how to earn a place in Koeman’s squad based on good performances and despite being the name of less weight in an offensive zone occupied by footballers such as Lionel Messi and Antoine Griezmann.

Unfortunately the Dane could not continue growing within the squad after suffering patella problems in the left knee, product of cartilage wear last October. Which led to an operation and several months of recovery.

In the case of Pedri, awarded by the magazine France Football as the best young footballer in the world for what was done in the year, was able to complete only one match under Xavi’s orders when he played against Benfica in a 0-0 draw for the fifth round of the Champions League group stage. After that confrontation, the 19-year-old suffered a muscle injury to the quadriceps of the left thigh.

The front Memphis Depay, Instead, he had the opportunity to show Xavi what he was up to until the match against Bayern for the last day of the Champions League. There, the Dutchman felt a tug on the muscle in his left leg and did not step on the playing field again.

After arriving with the pass in your possession, Dani alves could not be registered in time to face the remainder of the season and se will add to the list from January when the new transfer period opens. The Brazilian side would make his debut on the fifth of that month against Linares, corresponding to the Copa del Rey tie.

In addition to these reinforcements, the club’s sports director Mateu alemany, assured that they will go on the market with the aim of signing to face the last semester of competition. Among the priorities is that of looking for a goal, so the name of Edinson cavani It is one of the most popular around the complex.

In turn, from Spain they also reported that an economic effort will be made to try to obtain the services of Ferran torres, the 21-year-old winger who today plays for Pep Guardiola’s Manchester City.

An Artificial Intelligence system determined that an Argentine would be one of Agüero’s ideal replacements at Barcelona
Tensions in the PSG of the galacticos: privileges, a divided dressing room and an unknown detail of the “Icardi-gate”
The punishment that Guardiola applied to two City figures: “If the behavior is not appropriate, they will not play”

The five “reinforcements” that Xavi secured for Barcelona for 2022