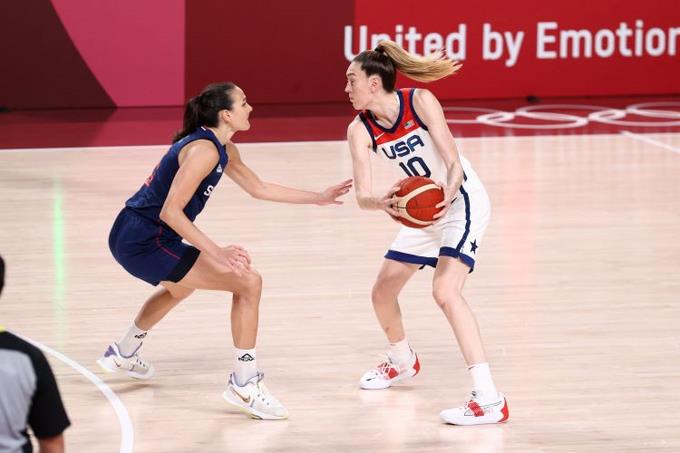 Japan once again surprised France (87-71), which it already won in the first phase, this Friday in Saitama, and will play for gold against the United States, which also beat with authority, in its case Serbia (79- 59).

For the bronze, Serbia and France will face each other, reissuing the European final that they played a month and a half ago, which ended with a Balkan victory.

In the first semi-final, as usual, the United States made a strong start to 25-12 at the end of the first quarter.

And also as is the norm, it was their inside players who made the difference, mainly Breanna Stewart (12 pts, 10 rebounds) and Britney Griner (15 pts, 12 rebounds).

Shooter Chelsea Gray also had a good day (14 pts), as did captain Sue Bird, with two 3-pointers for eight points.

The latter and Diana Taurasi, 39 and 40, will enter the history of Olympism if they win on Sunday.

Rui Machida, 18 assists!
Then France, which reached the semifinals after eliminating its ‘best enemy’ Spain in the quarterfinals, stumbled on the same stone. He was left without strength against a plethora of Japanese team, which repeated the triumph he had already obtained in the first match of the tournament.

Japan, led by Rui Machida and his 18 assists – an Olympic record -, was led in the scoring by Himawari Akaho, with 17 points, and Yuki Miyazawa, who contributed 14.

On the French side, the best scorer was legend Sandrine Gruda, with 18.

“We have to keep our head on the medal. We have missed the gold and silver, but we still have the bronze. It is what should motivate us,” said French captain Endy Miyem.

Japan drove France crazy, forcing it with runs all over the field and opening gaps that facilitated the triples -spectacular 11/22-, except in a first quarter in which the runner-up in Europe did measure up.

“We have 17 hours to be ready. Even if we are frustrated, we must project it against the Serbs. We have to take revenge against them. Fight for a medal,” said French coach Valerie Garnier.