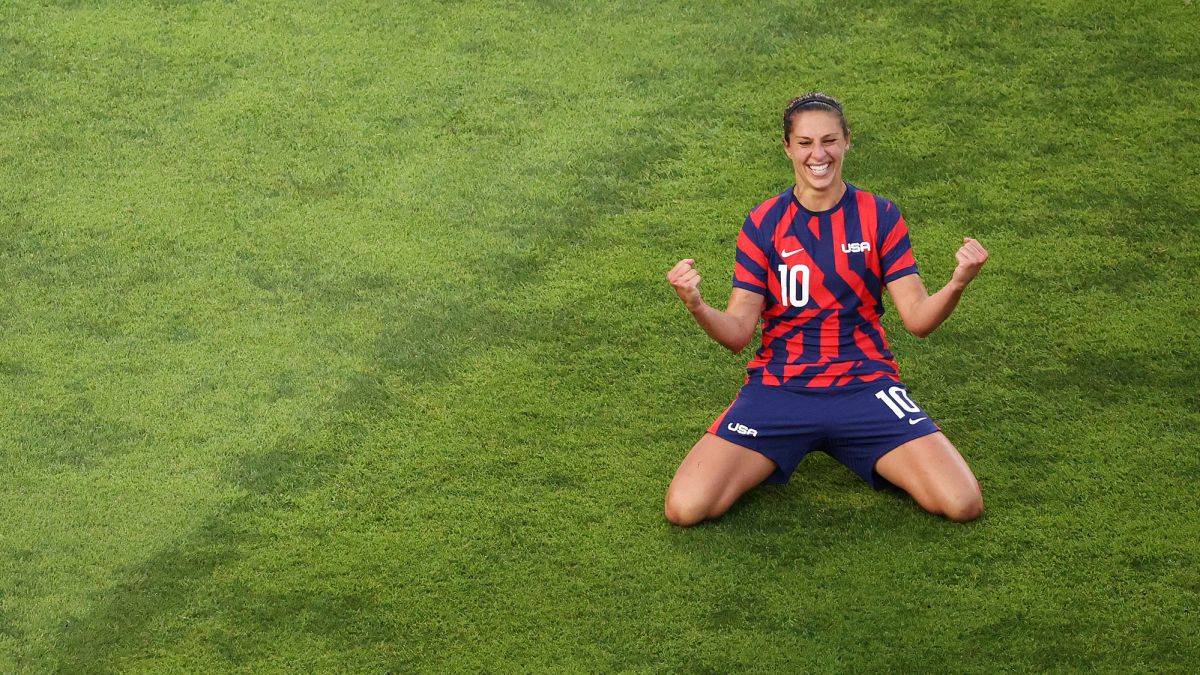 Vlatko Andonovski said it, if his players kept playing, they were going to give until the last breath for the medal that was at their mercy. The great objective of USWNT escaped against Canada when they were eliminated in the last semifinals due to – in large part – a last-minute penalty and they had to fight once again against Australia for the bronze with an offensive perfection that has saved them from a major failure.

What little we are used to at the highest levels, Megan Rapinoe returned to the starting box, but that is not the special thing, but, with only eight minutes played in the match, the team’s benchmark was outlined from the corner kick and surprisingly she was awarded an Olympic goal that would be the beginning of a great night. Sam Kerr responded in a similar amount of time, but the left winger rose to the challenge by also having a response through a fantastic volley to put the United States in front once again.

It was there that, before halftime, Carli Lloyd decided to join the scoring festival and USWNT went to the locker room with a 1-3 run. But, as usual, that would not be enough for the hunger of this veteran team and, with less than ten minutes back on the field, Lloyd signed her double and not only looked like the hallmark of the match, but it marked another milestone in her international career as she passed the historic Abby Wambach as the top scorer in the Olympics (10).

Sixty minutes of perfection had their ocean counterparts on the canvas, but these, as it was seen against Sweden, were not the same ones they faced in the group stage and from there came a response with so much from Caitlin Foord that would encourage the remainder of eleven to push towards closure. Such was the case that still, for overtime, the Matildas made their third and came the ordeal in the Andonovski chair.

Fortunately for him, his girls ended up saving his defense job and the celebration was imminent because, as Rapinoe, the great commander, said after falling to Canada: “If we can’t go with the gold one, at least we would like to go with the bronze one.”

Game between Sweden and Canada has been postponed

We already have the bronze medal winners and now we want to see the best team in the entire tournament get the glory. However, our anxieties will have to endure, as the final between the Swedish and Canadian National Teams has been postponed. The heat has been a factor of great concern in the different Olympic venues, so instead of being played at 11 AM in Tokyo, the game has been played at 9 PM on the same Friday, August 6. The center hours will be at 7:00 am.