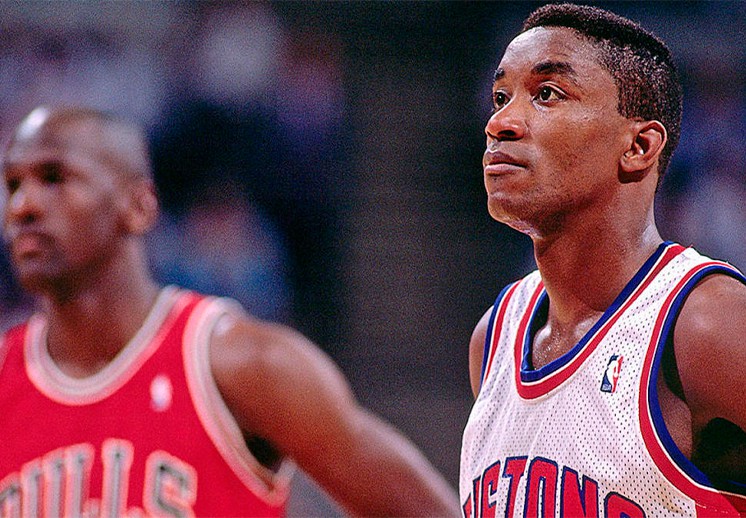 Isiah Thomas is one of the best players who have stepped on the NBA courts and was the leader of one of the most remembered teams, the famous Detroit Bad Boys who complicated his life several of those who are legends today.

Zeke was a guest on Bleacher Report’s “Full-Bodied” program with Channing Frye and with a glass of wine in hand they chatted about various things, they talked about wines, about Bobby Knight, who was Isiah’s coach at Indiana University. , of the company that founded his daughter who suffers from narcolepsy and how he bets on cannabis as an aid in his treatment, anyway.

And of course they talked about the Pistons.

In the final stretch of the talk, Channing Frye comments that he had the opportunity to beat 3 of the players who are in the Top 10 of history and without naming them, Isiah was forceful with his response:

“All those people who say they are the best, my teams beat them all”

The reference is clear, because at the helm of the Detroit Pistons, Isiah had the opportunity to defeat the Celtics with Larry Bird, the Bulls with Michael Jordan and the Lakers with Magic and Kareem Abdul-Jabbar, who were even given the luxury to sweep in the Finals.

He defended his Pistons

Thomas believes that that Detroit team has not been so valued, it is even questioned that there are not enough images that show the total game of the team, the sacrifice, the work that led them to win two championships.

He noted that people are shown only videos where they are fouling or playing hard and that is written about, but they were all trying to imitate Detroit’s defense.

Sentenced the leader of those Bad Boys.

LeBron also came on the scene when Channing Frye pointed out that, for him, the Cavs are the best team ever, after coming back in the Finals after going down 1-3. Thomas praised LeBron James saying that he admired that he had accepted the challenge of being the best of all time and he said goodbye by throwing flowers again at his Pistons, saying that in his day, they faced teams that had at least two players with the King James mentality, that speaks to the level of the Pistons.

You can check out this interesting talk that will surely lead to controversy.

Isiah Thomas shows his face for his Pistons: “We beat them all” | Long live basketball