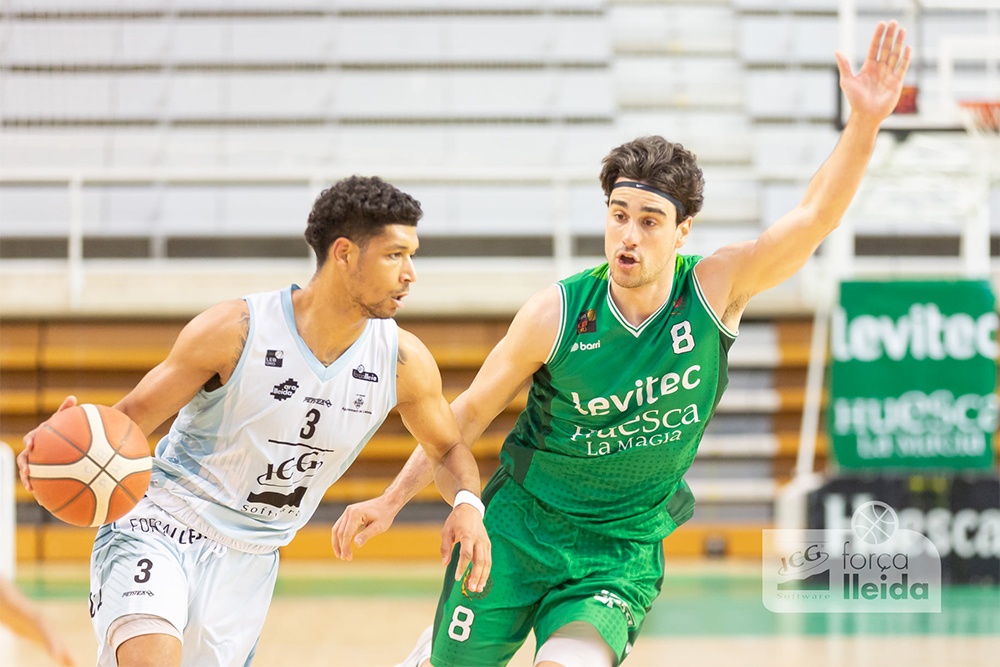 Each season players from LEB Plata reach LEB Oro. Actually, the transfer between both categories flows more and more, and the distances between the teams in the lower zone of Gold and the upper zone of Plata are shortened, so it is not uncommon to see players with a Gold past being a lion’s head in Silver.

In addition to the teams that go up and maintain their block, the Gold sports directors usually look for players in Silver or EBA to complete their squads, with varied cases: from young talents from ACB academies to players who have been carving out their future in FEB Leagues, going through Americans or foreigners who are burning stages, others with a past in Gold who had their stage in Silver as a maturation phase and nationals who have come to stay like Hernández, Casanova and Lobo, to name a few examples.

We analyse, without further ado, who are the players who are playing in the current edition of the LEB Oro after playing in the LEB Plata or the EBA League in the 20/21 season.

The revelation team of the season, led by Gerard Encontr, opted for up to five Silver players. From Barça came two assets on loan who are performing at a high level while progressing in their game: Juani Marcos (all electricity and a high-value player) and Ibou Badji (few have that size, I play on top of the hoop and that timing to plug). Another personal bet of the coach was the American Mark Hugues; he came out well and the American ‘two’ performs back and forth with his corresponding revaluation, showing that he is a player for this level or more. Another aspect they sought was also to seek a presence from Lleida on the squad, on the one hand with David Cuéllar, who has changed the fate of several games with his defense and, on the other, Albert Lafuente, who has shown his offensive talent when he has could (even with a winning basket against Palencia).

After his good seasons in Ponferrada and Iceland, Pablo Hernández arrived strongly at Oro, where he has been a fire extinguisher for Toni Ten with his versatility and multipurpose function (16 mi). He started with good games against Força Lleida and Iraurgi and now he has established himself in the rotation in quartermaster jobs. A national player with a great future who will be a desired piece this summer.

They opted for a young project that went to waste if we compare it with last season, but it has left us the light that Konstantin Kostadinov brings, to whom we analyzed to the millimeter a few weeks ago. Joan Feliu also arrived from EBA (with all my heart, he must be important in the coming years in the team) and Marc Peñarroya (perhaps this opportunity has come too soon).

Two players came from Plata, but it seems because of their game that they are far from the LEB’s little sister. Three years later, Carlos Toledo returned to Gold, and he did so as a much more mature player; his versatility, his physique, his ability to stop ‘threes’ and ‘fours’ and his work (21 mi, 4.8 pt, 2.8 re) have consolidated him in Roberto Blanco’s schemes and also, should, in the competition.

Keep an eye on Jaume Lobo (15 min, 8.0 pt). With a race of safe steps after his passage through Óbila and Clavijo, there could be doubts due to physical or defense issues, but the killer it has dissipated them; constantly growing, he is a threat from the perimeter, earning every minute of the game with a coach who gives it to us precisely.

A team that opted for quite a few Silver players was Bàsquet Girona, greatly revamped from the initial idea with the arrival of weighty players like Marc Gasol, Fjellerup and Urtasun. It was sensed that Jaume Sorolla, due to his size and fundamentals, was a ‘five’ who should have his place in Gold-ACB when he decided to leave Can Barça after passing through the NCAA; and he has done very well, both at the start of the league and as a substitute for Marc Gasol or covering his gap when the latter has been touched (for example, 21 points to the OCB).

Another player from the Gironí team for whose jump to Gold we had already bet is the Danish Mads Bonde; With a very physical game, he has been able to adapt to a darker job than the one he was assigned at Pardinyes, but he has clearly come to stay (16 mi, 4.0 pt). Another interesting player is Gonçalo Delgado (12 mi, 4.5 pt, 3.7 re), who arrived in Girona after a good year at Zentro, playing a lot of minutes at the beginning and diminishing his role after the arrival of new players, although his dedication, fight and ability to rebound and his ability to be 4 and 5 make him add despite his lack of centimeters for the ‘five’. Three players who have had minutes, which Pol Molins did not have, with a practically marginal role.

It has been a difficult season with poor results dynamics. Jaime Fernández was called up by Basket Zaragoza when he was established as the starting ‘four’ after his return from Can Barça to the place where he was trained. But perhaps one of the few positive news in a fateful season is the arrival of Rafa Casanova, who arrived in the summer after a good season in Ponferrada, but immediately gained a place in a perhaps decimated rotation and has become basic with the « arrival» at the Lanau bench, playing many minutes and trying to find the hoop (with more or less success); another player who should stay in the category.

Xabi Beraza (GBC) returned home from the Barcelona reserve team, but heart problems caused him to miss the start of the season; since his return he has been in an almost secondary role (12 minutes), with some good games like against Almansa or FLBA. For his part, Raúl Lobaco has not had opportunities in OCB, where he has not convinced Lezkano and hardly plays. Nor has the Lithuanian Olechnavičius (8 mi) managed to play an important role in Almansa.

Not all stories have a happy ending, two players who stood out in the LEB Plata 20/21 made a round trip. As sometimes happens in Gold from the ACB, neither Víctor Moreno nor Walter Junior managed to gain a foothold in Bahía San Agustín and FLBA, respectively, being important pieces in Silver in two of the leading teams such as Albacete and Cantabria. What no one can doubt is that they are two players with the conditions to try again for Gold without a doubt.

We leave for the end the two teams that obtained promotion last season and in the current one have maintained the block and their linkage agreements with ACB teams.

Penya’s young talents have tanned to perfection: Kraag has broken the mould, Helmanis is a modern insider with an outside threat, Allen’s future is promising and Maronka and Domènech have also shown their virtues. With all of them, he became his master of ceremonies, a Marc Blanch acting as a mentor and who may not be physically as before, but “the one he had, he retained.” Pol Olivier, returned to Gold from EBA, but injuries have prevented us from seeing him.

Special mention to two very outstanding Potablava players. Arnau Parrado (24 mi, 11.7 pt) is basic in Berrocal’s schemes: a modern ‘four’ with the ability to play face-to-face and shoot who must think about bigger projects and test himself outside his comfort zone. Another who returned, after several years of toll in Silver, was point guard Sergi Costa (26 mi, 8.9 pt, 3.5 ace), who has shown his nerve, vision of the game and ability to take on.

Baskonia’s young talents have shown their level, but also the need to have minutes and not be forgotten at the bottom of a bench, no matter how much level there is in the squad. Cissoko, Hanzlík and Savkov are names that should make a lot of noise in the short term. But there are more names. A lot of confidence in the local block, that perhaps outside of this area other teams would not dare to give him the opportunity, but in Azpeitia, at home, he has had it and has shown his skills. We must also mention the spiritual leader Guridi (16 mi) and the young Aizpitarte (7 mi), although the block is led by Beñat Hevia (21 mi, 4.9 pt, 3.3 ace) who showed that his privileged point guard head works the same in Silver than in Gold, as well as a Rodri Seoane (14 min, 4.2 pt) who came to stand out in Silver with Navarra and who has had minutes, but has not finished exploiting all the potential it harbors.

In addition, several players have surprised in Azpeitia-Azkoitia. Iñigo Royo (19 mi, 7.3 pt, 3.5 re) has made a qualitative leap in his game; the power forward took advantage of the absence of Ryan Nicholas (who also arrived from Silver, had visa problems and ended up in Palencia to cover the role of 4 shooter) and showed himself to be a very mobile, fast and combative player, with a growing threat exterior, even though it is not large in size. The pearl of the quarry, Manex Ansorregi (19 mi, 8.5 pt, 4.1 re), had already warned in the Silver champions final, where he was MVP, and in Gold he has not been cut since 3-4: game without the ball and aggressive on the rebound to add easily, a young man who is here to stay. On the inside, a Dijkstra who was initially in the shadow of Thiam, but when the seven-footer from the Netherlands was injured, after two years in Silver, he took center stage and more than fulfilled himself in the paint (20 min, 6.1 st, 3.8d).