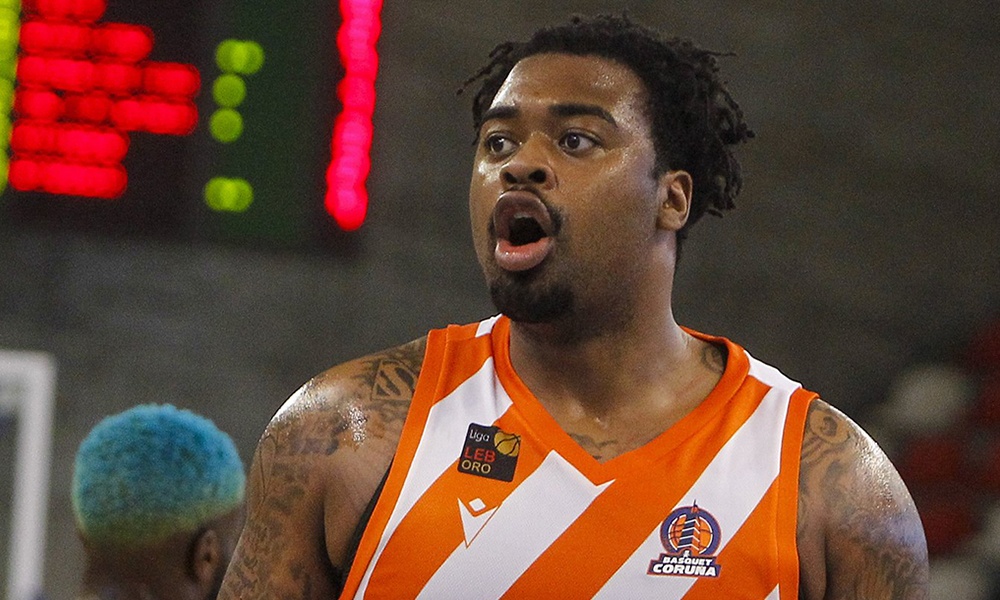 The arrival of the first FIBA ​​window represents a pause in the competition that gives us the opportunity to talk about the players who have impacted us the most in Basketball Zone in this beginning of the LEB Oro. It is evident that Nick Ward (Leyma Coruña) has caused a sensation, but there are more players from other teams who have also drawn our attention:

Brutal impact of a player who has not had to go through a period of adaptation to the league. With a deceptive profile, more agile than his body indicates, enormous fundamentals and a shot of 2-3 meters, if he receives the 2 + 1 at the post under the 2 + 1 he is practically assured. Take advantage of the cuts without the ball, it is powerful as roller and he has a good nose for the offensive rebound. In addition, he does not hide in defense, being a true fence. He has been MVP in two days and is, without a doubt, the player with the most impact of what we have been in the competition.

He stars in a surprising change from last season, in which he paid the toll of his year rookie. Free from the competition of the cyclone Speight, Frey is a fireproof engine for Asturians, confirming the sensations that he had given a glimpse at his last end of the course. He has established himself as a total point guard, remembering his NCAA times: he knows how to keep pace with the game, he assists without regard, he is dangerous from the triple and his game of Q&A or dribbling constantly creates headaches for rival defenses, as he sneaks into the kitchen, gives the pass to the released teammate and it is not even uncommon to see him making a hand off. At this rate, it’ll be league meat top.

It is a luxury every year at Oro de Costa. A total base. Of those who dominate the game to impose the plan that their coach has marked. After Christian Díaz’s injury, he has multiplied and his dominance of the direct blocking game is practically unstoppable. With the ability to reach the rim or drop the ball for someone to score, this course is especially inspired from the triple (42% T3), which makes him, even more, a lethal point guard.

The good progress of Força Lleida has a lot to do with the constant stream of points and rebounds that the Creole ensures. Established in the ‘four’, its mobility, power and resources make it produce non-stop, in addition to exhibiting launch. Skilled in the post, both with his back to the basket and facing the face, always aggressive on the rebound, comfortable in the pop, it is very effective from the middle distance. A nervous player, with excessive impetus in fouls, he still has decision-making as a pending issue, especially in hot moments, but no one can hide that he is a player who produces on a regular basis.

We already dared to include him last season as a player who could give the jump to ACB, and his arrival in Almansa not only has not changed anything, but there has increased his performance, being decisive for Perelló’s. Lethal in the open field, he enjoys getting out of the blocks to score or catches the ball with his gamer skills to overwhelm with his 1 × 1, being a player who frequently visits the free kick due to his style (93% TL). Growing back, Polanco does not stop knocking on higher doors.

It was necessary to verify his impact, but due to his quality and Roberto Blanco’s style of play, everything pointed to the positive, something that has been confirmed after a few games. A 4 × 4 undersized that sometimes he can suffer in defense against bigger players, but in attack he is a true martyrdom. His mobility, his power in the post and his activity in the pick and roll and when working without the ball, plus his intensity on the rebound, they make him score points and rebounds regularly. He came with a pedigree and, after several years in France, the move to Spain has undoubtedly revalued him.

His performances are brutal when he catches those shooting streaks. It does not matter if he has a defender on top or is free, he scores from 8 meters without problems, in such a way that he has a spectacular shooting percentage (48% in both T2 and T3 – more than three triples scored per game). its catch and shoot it is topBut he also knows how to take advantage of indirect blocks to take advantage of the advantage instead of shooting and go inside. Be careful, because it also takes fouls and shows work behind. A player who is vital for Amics at this start, along with Stutz, and who has shown that inactivity for a season has not taken its toll.

He started soft, maybe because he was a little late to preseason, but what an impact on these last games, beyond his overall numbers. His prodigious physique, his defensive presence, his lethal play in the open field, his work on the rebound or his “surprise” success from the triple have made his projection in a team with a lot of quality draw attention, as Blumbergs have, surprise of Ali or the rest of the block, more than known already. Without a doubt, Noah Allen is a player to point in the red in many notebooks for his ability to be a all around.

Of course, there are more players that could have entered this initial list and even some that we have left out because we have also valued the group level. We talk about men like Eric stutz (Friends), Devin Schmidt (Cáceres), Alec wintering (UEMC Real Valladolid Basketball), Thomas bropleh (FCBG), the fireproof Oliver Arteaga (OCB), the force of Joey van zegeren (HLA Alicante), the strength of Roberts Blumbergs (Palencia) and the Argentine international Maximum Fjellerup (Palmer Alma Mediterránea Palma), among others. Nor can we forget the leader, a Movistar Estudiantes with a very choral squad in which, perhaps, the name to point in this list would be Lucas Faggiano.