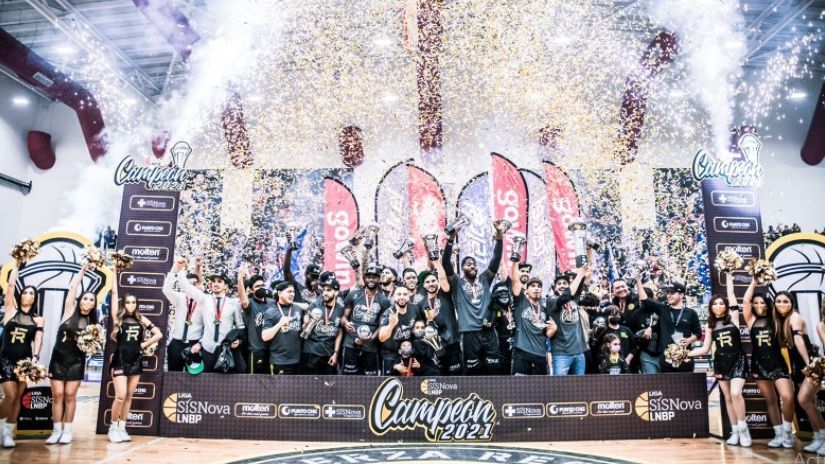 MONTERREY – The Royal Force of the Argentine coach Nicolás Casalánguida came from behind to beat this Monday 85-81 to the Astros de Jalisco and win his fourth title in the Mexican basketball league.

In Monterrey, northern Mexico, Astros from Spanish strategist Sergio Valdeolmillos, losers of the first three games of the final, came out plugged and led by Marco Ramos, with nine points and four rebounds, took a 26-17 lead in the first half.

With good defense and aim under the rim and in the shots from behind, the Jalisco team reached third 12 points ahead. The Royal Force Champion He got close to three, but the visiting team closed better.

Valdeolmillos rotated little to its holders who maintained the advantage at the start of the second segment, but suddenly the Astros they committed several fouls and the locals approached 35-39.

Gabriel Girón made the score 37-39 and after a missed shot by Jared Frame, Casalánguida’s team drew 39-39.

Astros lost the compass; Jonatan Machado and Jared Frame went blank in a pair of three-point shots and the regios took advantage of it to, with a Giron basket, go ahead for the first time.

The third quarter was fought, with the Royal Force ahead until, at 4:33 left, Blake Javion tied, after which the duel went back and forth, with good points in the paint on both sides.

Astros went ahead at the last minute, Royal Force He caught up with a pair of Avila’s free throws, but Javion hit a basket in the finals to give the visiting team a 64-62 lead.

After a start of the last quarter with errors from both sides, the Stars regained their level and escaped 74-69, taking advantage of the lapses of the local defense.

A triple by Dominique Johnson brought Casalánguida’s team closer, which drew 74-74 with a basket from Argentine Facundo Piñero, four and a half minutes from the end.

The duel increased the tension until 1:36 from the end Cristian Cortez made a three-pointer and broke an 81-81 tie, from which the Valdeolmillos team did not recover.

Fuerza Regia is proclaimed two-time champion of the @LNBPoficial 🏆🏆

We achieve it together and with Force! 👊🏻 pic.twitter.com/JX4ceZwrXy

Ávila scored a free throw point 10 seconds before closing time and sealed the victory with which the Fuerza Regia tied the Soles de Mexicali and Halcones de Xalapa in league titles.

Joseph Ávila, with 16 points and seven rebounds, led the attack of the regios, who scored 36 points from the paint and took advantage of the high performance of the players from the bench, who made 46 points.

For the Astros, Blake Javion led the attack with 20.