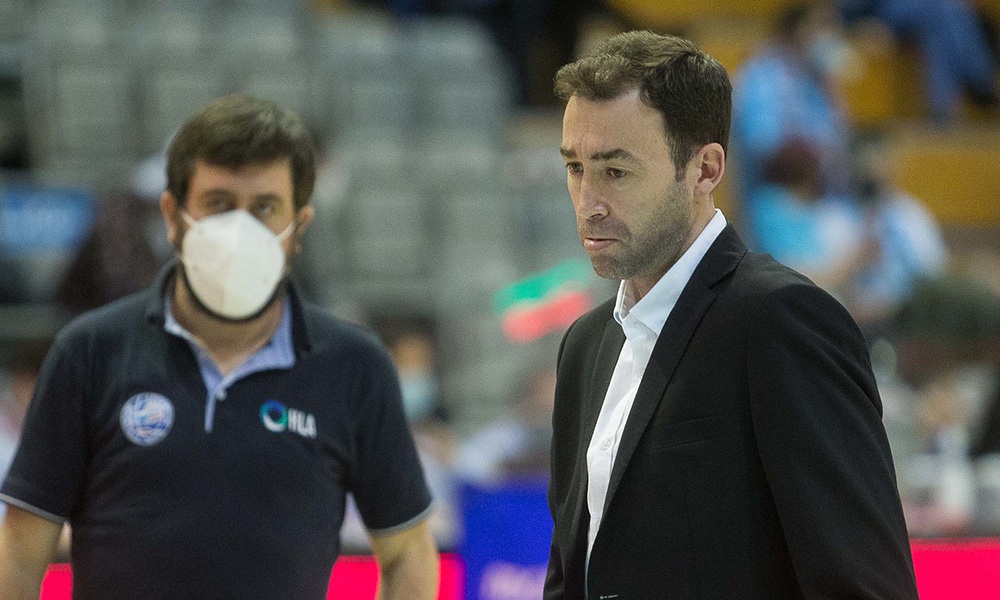 First steps of the next edition of the LEB Oro. After the depreciation by the FEB of the Plaza del Real Murcia Basketball, who resigned for financial reasons, the 21/22 will return to the unique group of 18 teams. As far as the market is concerned, there have already been several marches by important foreign players such as Marc-Eddy Norélia and Alex Murphy, two of our foreign candidates to ACB Arnaud William Adala-Moto (France) and David Cubillán (Brazil) will finally play in Japan, even leaving the Spanish competition consolidated as Fede Uclés from Almeria, who will play in France next season.

Next, we briefly analyze the situation of each team today:

Movistar Students. The student body, which maintains the support of its main sponsor, seems the rival to beat. We already analyzed at the time what approaches could they call into question, confirming in recent days numerous casualties, among which we find a very symbolic: that of Edgar Vicedo, who has been dragging physical problems in recent seasons. Jota Cuspinera he is still on the bench, seconded by Iñaki Martín and Alberto Lorenzo. It seems that the Madrid team will seek to unite youth with seniority in a roster still without confirmations, but where names of substance sound like those of Nacho Martín, Johnny Dee or Dago Peña.

Acunsa GBC. The descent brings him back to LEB and with it he seeks to reinvent himself and relaunch himself again. There have already been changes in the organization chart, also taking place on the bench, which will occupy Lolo Encinas after the non-continuity of Marcelo Nicola. In a template in the following Mikel Motos, It has already been seen what will be a certain return of “local players” after the signings of a pearl from the quarry as Xabi Beraza (after his year in the Barça subsidiary) and a player already consolidated in the competition as Aitor Zubizarreta. The injured Xabi Oroz and Julen Olaizola, with many ballots to continue in the San Sebastian discipline.

Covirán Granada. He stayed one step away from the promotion and will seek to repeat the season but with a different ending. Nothing better than Pablo Pin to continue leading a team that only has the injured on its payroll Joan Pardina, who will seek to be ready as soon as possible, and who is fighting to retain his best players (Costa and Bropleh, mainly), while seeking to reinforce his hosts with names like Jacobo Díaz.

Leyma Coruña. The herculine team was dropped in the semis by the aforementioned FCBG and once again entrusted the bench to a Sergio garcia It seems that he will want to look for some more talent, without even knowing if he will give up that physical team top. The arrival of Alex Hernandez It is a declaration of intentions, leading to one of the best national bases in the competition. With several confirmed casualties, it seems there will be a remodel.

HLA Alicante. The departure of Pedro Rivero, who has taken Chumi Ortega and Noah Allen to Palencia, was an attack on the waterline of a project that seeks the line of growth. Gonzalo García of Vitoria, with extensive experience in the league, takes the reins of the Lucentina squad, which now has the veteran Pedro Llompart, the young pearl Guillem Arcos and the interior Samu rodriguez (which returns after assignment). It sure will make a competitive squad.

TAU Castelló. The Castellón entity wants to take one more step and after the good game played last season Toni Ten wants to repeat formula. Edu Duran Y Juanjo Garcia have a contract, renewing yesterday a Joan Faner that joined the also renewed Joel Sabaté and to the incorporated Pablo Hernandez, a good quota that comes from Silver and will help with its launch and IQ.

Liberbank Oviedo Basketball. He has sought to grow from the block that did so well last season, renewing his franchise player, Oliver Arteaga, and betting on the continuity of Harald frey Y Alonso Meana, not being able to retain Speight (Palencia). The local press speaks of the interest of having one more course with Bartolomé and Kabasele, waiting for the arrival of new faces.

Palmer Mediterranean Soul Palma. The revelation team wants to bet on the same formula of success, with the binomial Pau Tomàs – Álex Pérez in front and well helped by Pepe Laso and Kike Fernández. After its huge season, Pol Figueras will return to direct from the ‘one’, while the one who arrives is a Lindy waters which we told you about last summer and that after not entering the G-League he will live his first European experience (they will seek to make an impact as Harrell did).

UEMC Real Valladolid Basketball. Hugo López (Japan) has left after a poor course, his replacement being the “coach teacher” Roberto Gonzalez, which comes from EBA and that, for those who do not know it, will surprise. It remains to be seen who will be the decisive pieces to accompany the already mythical Sergio de la Fuente and the youth squad Juan Garcia April, who will not share a wardrobe this season with a Daniel Astilleros who goes down a step to join the Cartagena project.

Palencia Basketball. The most active team at this start. After a course of troubles, Palencia wants to re-green old laurels. The bet to convince Pedro Rivero It was strong and the Segovian has entered the market with everything, arriving men with whom he has already worked as they are Chumi ortega, one of our national CBA candidates, Noah allen Y Bamba Fall, Besides of rookie revelation Micah speight (very of the Pitts profile in FLBA) and of a national value like Juan Rubio. Dani Rodriguez It seems that he will be the only player to follow after Sean Smith’s unexpected but well-deserved jump to the ACB. Some movements that suggest a team to aspire to everything.

CB Almansa with Afanion. Few movements within the azulón club, which will continue to be led by Ruben Perelló.

Cáceres World Heritage Site. One of the teams that have not yet confirmed a technician, although everything indicates that Roberto Blanco will continue. Without a sports director, Sergio Pérez has set course for the new COB project (Silver), the entity from Cáceres works in silence and has three players with contracts with possible cut-off clauses (Del Águila, Xavier and Cárdenas).

Levitec Huesca. There is not much news in the Peñista team in terms of incorporations, only the continuity of Jorge Lafuente. In addition, the club has seen how Óscar Lata, the salvation coach, has gone to UCAM Murcia (ACB), leaving Spain players like Mike Moore, David Cubillán and Facu Corvalán.

Girona Basketball. According L’Esportiu de Catalunya, Biram Faye, Gerard Sevillano and Robert Cosialls have a contract with Carles Marco’s team, who will continue to have one more year with the baton of Albert Sàbat from the ‘one’, where does it arrive Pol Molins for the second unit, looking for that Kaspars Vecvagars explode in its third year in Gold.

Melilla Sport Capital CMB. One of the earliest teams. After leaving Alcoba after several seasons there, Arturo Alvarez took command and has not stopped signing. With a single renewed so far, Nedim Djedovic, two bets will arrive in the Autonomous City from Coruña after an irregular course (it will be necessary to see if Gaizka Maiza it explodes like bluish and yes Mouha Barro It is the same as before after two courses stopped due to injuries). Closes the minimum number of places (four) the open ‘four’ Alex Mazaira. Exterior reinforcements are Dj fenner (a scorer who comes from Portugal and whom we already highlighted at the time), the returnee Thaey Thomas (healthy is a differential player) and the cotonou JV Mukama (a talisman that will have to be seen how it unfolds).

ICG Força Lleida. Despite having lost the category, the ilerdense team maintains its place thanks to the exchange with the Barça subsidiary, which seems to be associated with several Blaugrana transfers to a team that seeks to change things and have more local flavor, returning Albert Lafuente Y David cuéllar and the young coach taking command of the team Gerard Finds after his good career with Pardinyes.

Juaristi ISB. One of those teams that works in silence and that surely has advanced steps. With Iñaki Jiménez back on the bench, sure they will form a team with local values ​​and good reinforcements that give war.

CB Prat. The other promoted announced a few weeks ago the retirement of his captain Gerbert Marti. It will be necessary to see if the link with the Penya continues and what is the structure of the establishment.