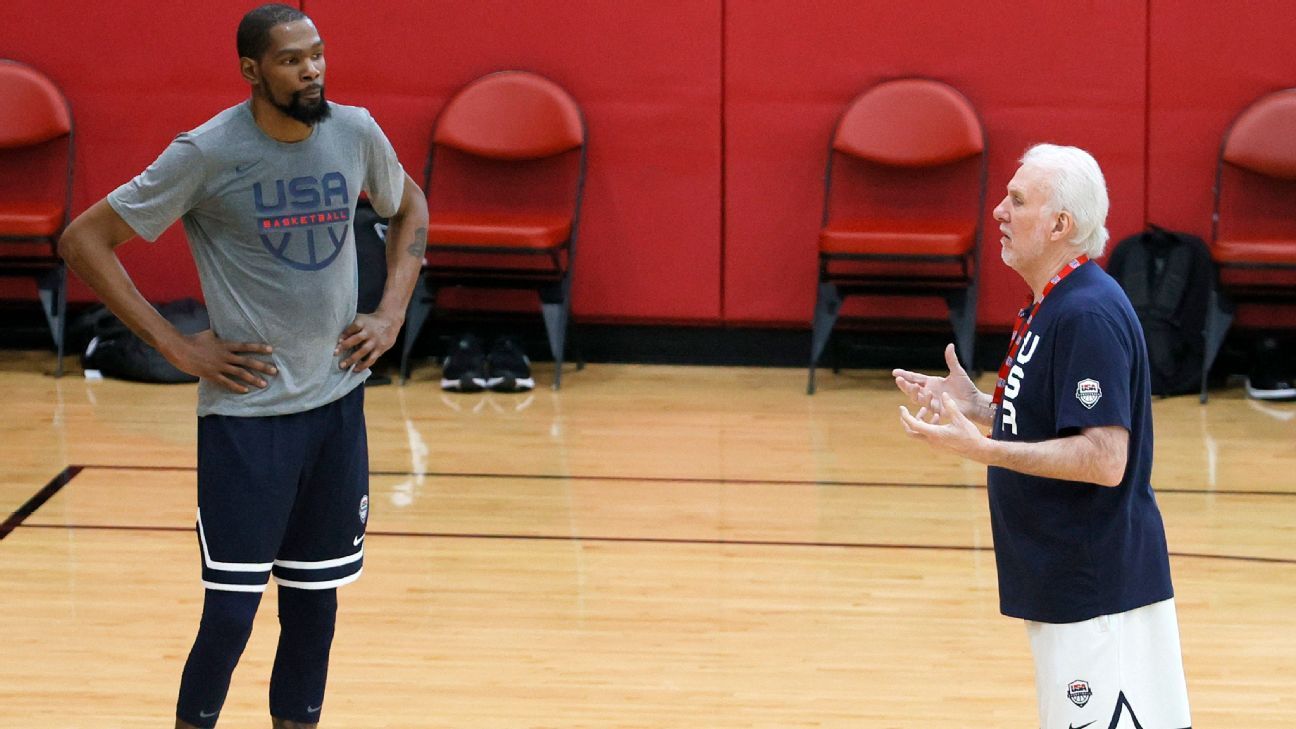 After Serbia’s triumph against the United States in China 2019, Brian Windhorst recalls on ESPN.com, FIBA ​​promoted the semifinals with this narrative line: “The throne is vacant.”

Gregg Popovich’s team re-emerged, in a pre-COVID world, lost ghosts that seemed to have been forgotten after the frustration at the 2004 Athens Olympics. Losing to France and Serbia consecutively, adding an additional defeat in preparation for the global tournament , left that United States team with a painful 7-3 record. And between handkerchiefs and tears, it is well worth thinking that it could have been worse, because if Turkey, rival in the preliminary phase, did not miss a couple of easy blows with the chin in sight, the mark would have been 6-4.

The distant time when we talked about dream team has disappeared forever. The famous NBA commissioner David Stern made Barcelona 1992 have its first -and only for those who subscribe- Dream Team, but he also built the foundations for the rest of the world to improve substantially by transforming, with different teams, dreams into nightmares.

Whenever an American NBA team loses it is spoken in terms of “failure”, “collapse” or “tragedy”. The truth is that while it can be worrisome in some cases, you have to avoid unnecessary drama. It no longer works because the era of superheroes is part of an extinct basketball. In short, although it seems incredible to understand for many, others also play.

Considering the current scenario the world is in, with the NBA Finals ending almost on the same date as the start of the Tokyo Olympics, Team USA will go with a respectable, harmonious team that looks like a gold candidate but how far it is from having too important a difference with the rest of the competitors to the big prize. Are they better than the others? On paper, yes. Can they lose? On paper, too.

While this team doesn’t have the redemption tag on its back, it does have a need to give its country gold again. Show that your NBA are better than the rest. And the first important trial by fire will be in the group stage against France, in which five players who compete in the American league (Nicolas Batum, Rudy Gobert, Evan Fournier, Timothe Luwawu-Cabarrot and Frank Ntilikina), and others participate. seasoned talents who play in European basketball such as Nando De Colo and Thomas Heurtel.

Gregg Popovich will once again be the head coach of Team USA with Steve Kerr, Lloyd Pierce and Jay Wright as assistants. A luxurious choir that repeats the last World Cup in China. And among the players, there is only one veteran star, with wins to go around, who is Kevin Durant. His health was a question mark a long time ago, but looking at what he did in the Brooklyn Nets in the last playoffs, there would not seem to be too many doubts about his condition and its validity.

Of course, this could be the Olympics of Damian Lillard, who is currently overwhelming in the Portland Trail Blazers. Bradley Beal, the Washington Wizards guard who was the leading scorer of the season that passed, and Jayson Tatum, a balance man for the Boston Celtics who was in China 2019 and grows every day in his role as star of the League, will also be more than important pieces. The same is Zach Lavine with his versatility, Jerami Grant with his defense and Draymond Green with his mix of talents that make him the X Factor of all the teams he plays for.

However, these latter players – excellent by any measure – lack FIBA ​​basketball experience in these kinds of instances. It is added that three luxury figures who are on the roster: Devin Booker, Khris Middleton (this last key member of the team that played last World Cup) and Jrue Holiday will arrive with wear on top of playing the NBA Finals.

To that must be added that interns Bam Adebayo and Kevin Love, from an elite past in the NBA, come from weak seasons with their teams. Above all, Adebayo: The Miami Heat insider’s lack of confidence in the postseason loss to the Milwaukee Bucks contradicted all expectations compared to the dominance exhibited in the Orlando bubble.

That said, Team USA is a team with excellent players, but it is far from being a dream team. Perhaps if this army had been joined by LeBron James, Anthony Davis, James Harden, Stephen Curry, Kawhi Leonard or Chris Paul, among other notable people, we could be saying something else. But those who say yes come to the teams, not those who say no or maybe.

The Olympics are just around the corner. The questions we ask ourselves will be answered in a few days.

Its time to play.