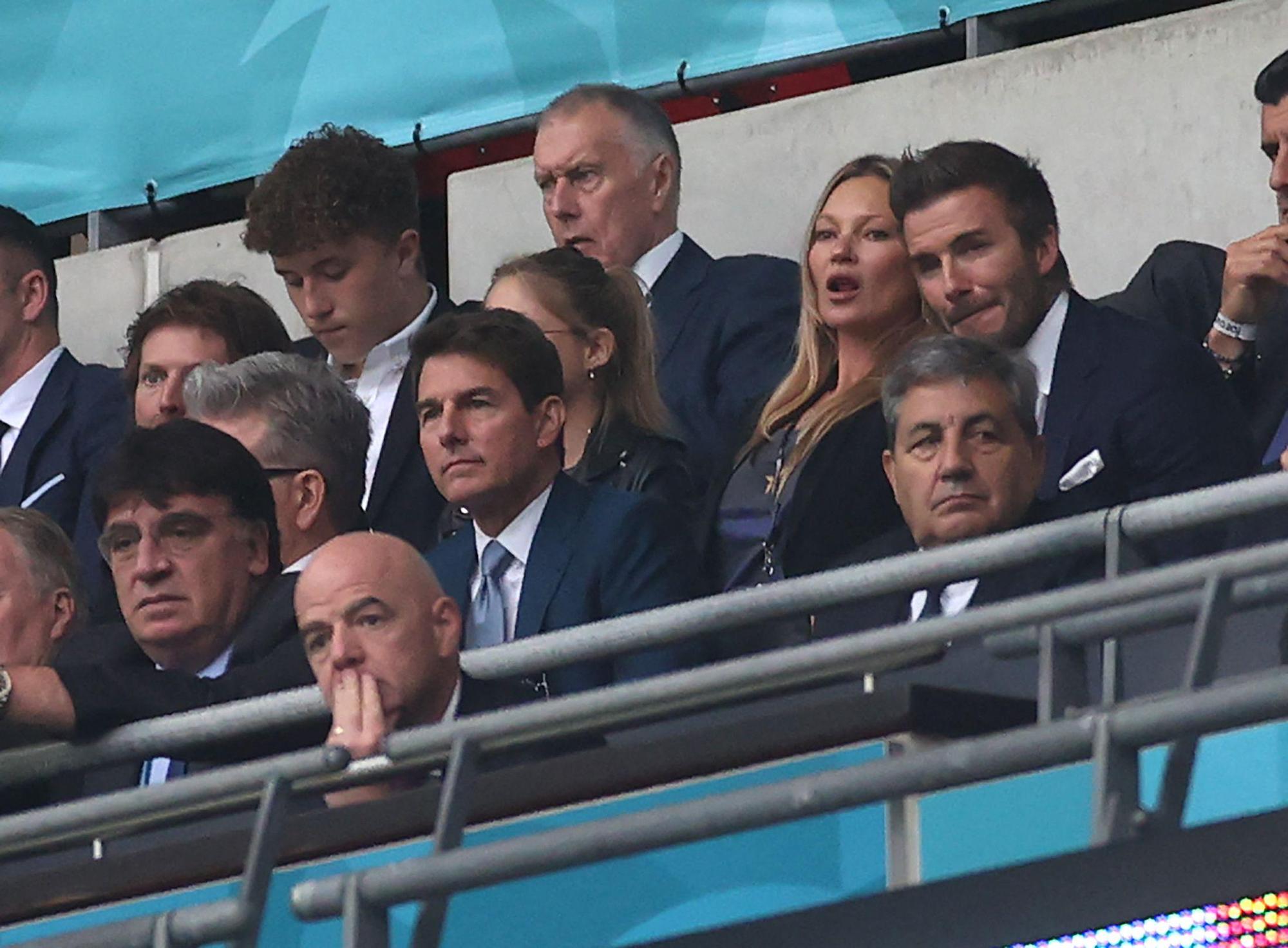 Before the final of the Eurocup that England and Italy played this Sunday, the actor Tom cruise he made a hole in his schedule to wish luck to the members of the English team who are looking for their first title since 1966. Through FaceTime, the players received the incentive before seeing the new Cruise film: Top Gun: Maverick, of which the first images were known at the beginning of the year, in a private function at the concentration. Not happy with that, today he arrived at the temple of English football to witness the momentous match with his friend David beckham and the model English Kate Moss

“The guys had a preview of the movie that will come out and they also got Tom to call to talk to them,” revealed the English technician Gareth southgate in a conference. The team captain and forward of Tottenham and captain of the England team, Harry Kane, He also spoke about the good wishes he received from the American actor ahead of the European title match.

“Obviously, we have had former players and people who have contacted. In fact, Tom Cruise got in touch last night, everyone loves soccer. Yes, we were lucky enough to be able to see one of his films, so I think he was here in the UK and he just called us and made us FaceTime to wish us the best as a group, so it was nice of him, ”Kane explained for BBC Radio 5Live.

A few days ago, actor Tom Cruise, along with Hayley Atwell, witnessed one of the matches that were played at Wimbledon, where Novak Djokovic won today. Today, he was one of the celebrities who was at Wembley (Adrian DENNIS / AFP /)

Tom Cruise is a great soccer fan as well as a personal friend of the star David beckham, which would have facilitated the projection of the film and the subsequent call of the actor. The footballers have had to sign a confidentiality agreement whereby they cannot tell anything about this new production. The rest of the mortals will have to wait until November 18, the scheduled date for its launch in the United States, as revealed a few months ago by the producer Jerry bruckheimer in an interview he had with Variety on the occasion of the 35th anniversary of the launch of Top Gun, that famous movie that made a young Tom Cruise famous.