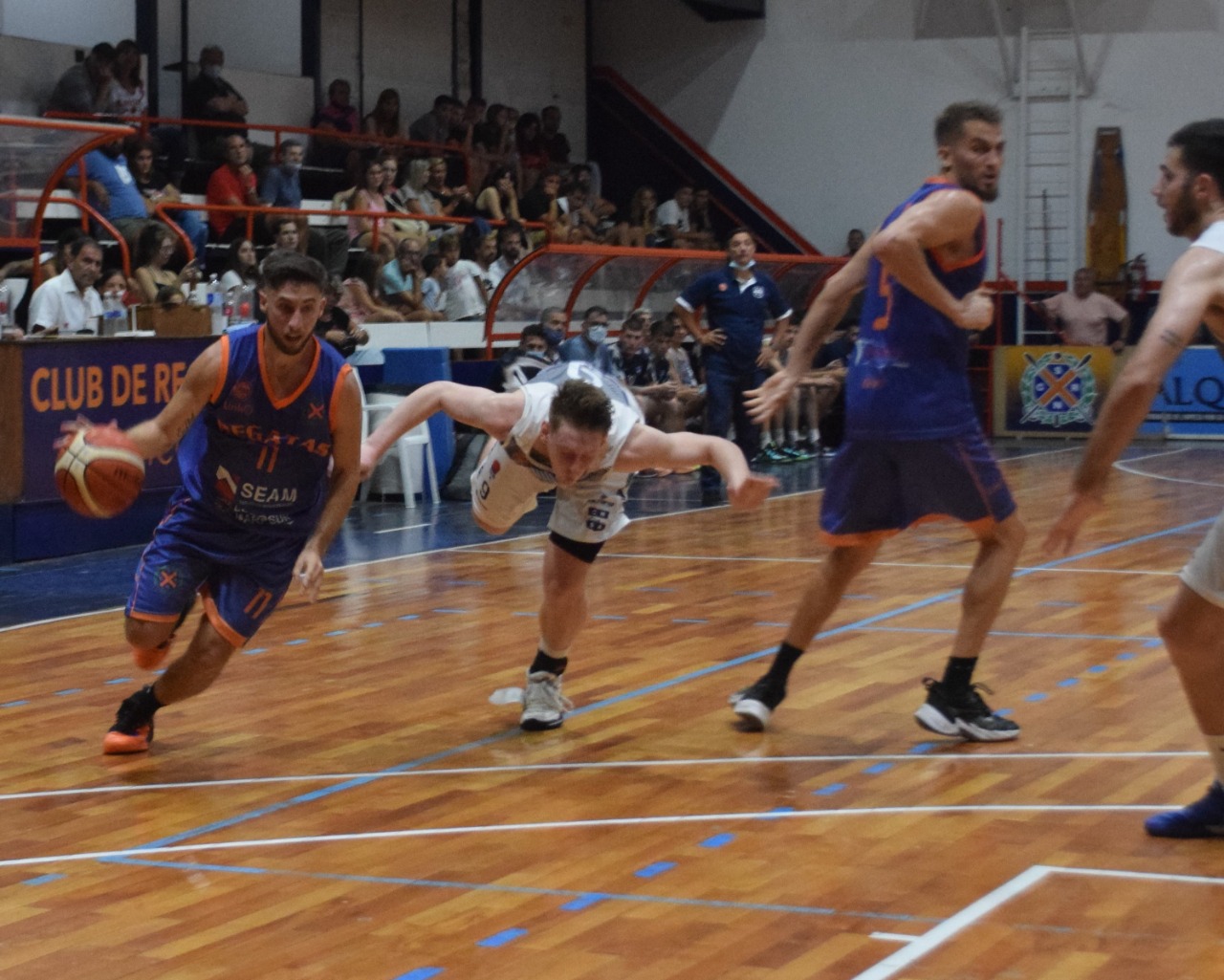 Pablo Dastugue’s team extended their unbeaten record by beating Náutico de Rosario in their home debut 85-71 at the start of the fourth date. With this result, he reached Somisa at the top of the CAB Region Division 1. Ingrata was his scorer with 15 points, “Pato” Rodríguez the figure.

Regatas extended its positive start to the season in the Federal Basketball League and, in its debut at “La Ribera”, before a good audience, it beat Náutico Sportivo Avellaneda from Rosario. In this way, Pablo Dastugue’s team added its third victory in the same number of presentations and reached Somisa at the top of the CAB Region Division 1. At the beginning of the fourth date, they won by 85 to 71, to give the nicoleños the seventh victory over the rosarinos in the same number of clashes against each other so far in the tournament.

In the midst of a collective production with ups and downs, in the winner, five of their players reached double digits of points. Two of them finished as “double figures”, Sebastián Andollo (13 points and 13 rebounds) and Federico Repetti (11+10). However, his scorer was Valentín Ingrata with 15 points (1-3 in doubles, 4-8 in triples and 1-2 in free kicks); and Patricio Rodríguez emerged as the main figure of the dribblers, totaling 14 points (6-8 shots from the field), 7 assists, 5 rebounds and 2 steals. Francisco Pochettino, with 17 units (13 in the last quarter) was the top scorer for Náutico and of the night.

Regatas entered the court with his left foot. Very light defensively and eager in attack. This was reflected on the scoreboard: 14-8 in favor of a highly effective Náutico in the opening minutes. Following the timeout request, Dastugue quickly rearranged his lead. The defense was activated, the visit began to err and in the opposite field, Regatas, playing with patience, was able to show his power, scoring from the perimeter or in the paint with a good entry from Andollo. He completed a 13-0 run with which he went to the front, to no longer abandon the command of the result. He went to the first break winning 23-21 against a rival who recovered the goal (his most decisive man, Juan Pablo Stegmayer, did not play).

In the second period, Regatas continued to manage the actions, hurting with long shots, counting on an outstanding passage from Santiago López (he finished with 8 assists) and finding the goal again through his insiders. Thus, he entered the locker room up 42-30. A determined Náutico, but at the same time anarchic and without aim, only caused problems loading the offensive rebound and finding several second options.

That version of the ensemble led by Gustavo Móndolo remained in the third act. However, Regatas could not settle the story, as a result of its irregularity (it suffered twenty-one losses), although it kept its opponent at a distance. While passing the ball and playing without rushing, the host made clear differences (this happened when “Pato” Rodríguez was on the court). With a burst from Nicolás Rodríguez, he took a light twenty on the way to the final segment (64-44). There he obtained an income of twenty-two (maximum, 66-44). Náutico tried to get closer with the impetuous Móndolo, Nicolás Giraudo (15 points, 8 rebounds and 6 assists) and Pochettino. Rosario opened the ring from the outside, but Regatas sentenced the lawsuit with the hierarchy of “Pato” Rodríguez and smiled for the first time in front of his fans in the championship.

FEDERAL BASKETBALL LEAGUE: REGATTAS STRETCHED ITS UNDEFEATED AND CLIMBED TO THE POINT