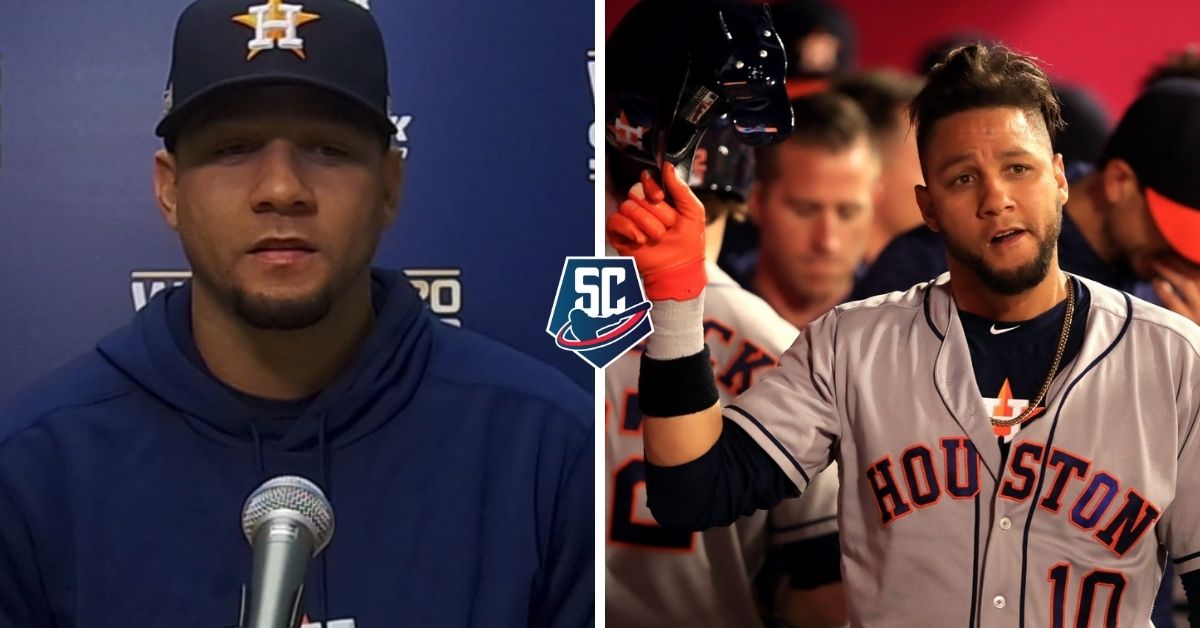 This Friday night, we had the pleasure of talking exclusively with Yulieski Gurriel in The Complete Swing Show, in our YouTube channel. Among other topics, the current first baseman for the Houston Astros told us how long he wants to play. For now, as they say colloquially, he wants to stay in the Major Leagues until his body lasts.

The one born in Sancti Spíritus is closer to 40 than 30 years of age, since he will turn 38 on June 9. However, Gurriel’s bat and condition show no signs of decline, something he expresses himself.

“Actually, I’m going to be playing until I feel good. My body speaks for itself and I think that is essential”, Yuli told the Full Swing team. “I feel good at the moment, in optimal conditions and I don’t have any problems with injuries or pain. Really, I feel very good. I know that it is a very difficult time for older players due to the issue of computers, analytics… The analysis now is very deep and I know that it is very difficult”.

Gurriel welcomed the implementation of the designated hitter in the National League with open arms, because in a nutshell it is a new rule that expands the odds for both the Cuban and other older players to remain in active baseball.

“Now one more door has opened with the DH in the National League, that’s one more door for players my age and hitters in general. So until I feel good, I’m going to keep playing.”

The challenge will then be to keep hitting. For now, Yuli’s main mission is to have a good performance in the 2022 season so that the Astros, or any other organization, is interested in his services for the following year. The reason? His contract will expire after the World Series and, unless the Sidereals renew his deal immediately, he will enter free agency.

Fortunately, Gurriel already knows what it’s like to play with the contract about to expire. 2020 was the last year of the first pact he signed in the Major Leagues, although the Astros extended that agreement until 2021, with an option for 2022, before the postseason started.

Yuli told us about how he prepares to play in 2022, a tournament in which he will win eight million dollars.

“Free agency is always something that creates incredible additional pressure on you,” admitted the Cuban legend. “I experienced it in 2020 and, really, it is not easy. It is a constant pressure with yourself and it is very difficult. Many athletes who had already gone through that experience told me about it and the first time is always super difficult. It also touched me in the midst of a pandemic and in a super crazy year, everything was very strange. This year I already have more experience with that and I think I can face it with a little more maturity. You have to put twice the effort into it.”

If Gurriel can have a campaign at least similar to what his torrid 2021 was, landing a new contract won’t be a problem. We will see.

Below you can enjoy the full conversation with Yulieski Gurriel in The Complete Swing Show:

“My body speaks for itself”, EXCLUSIVE with Yuli Gurriel