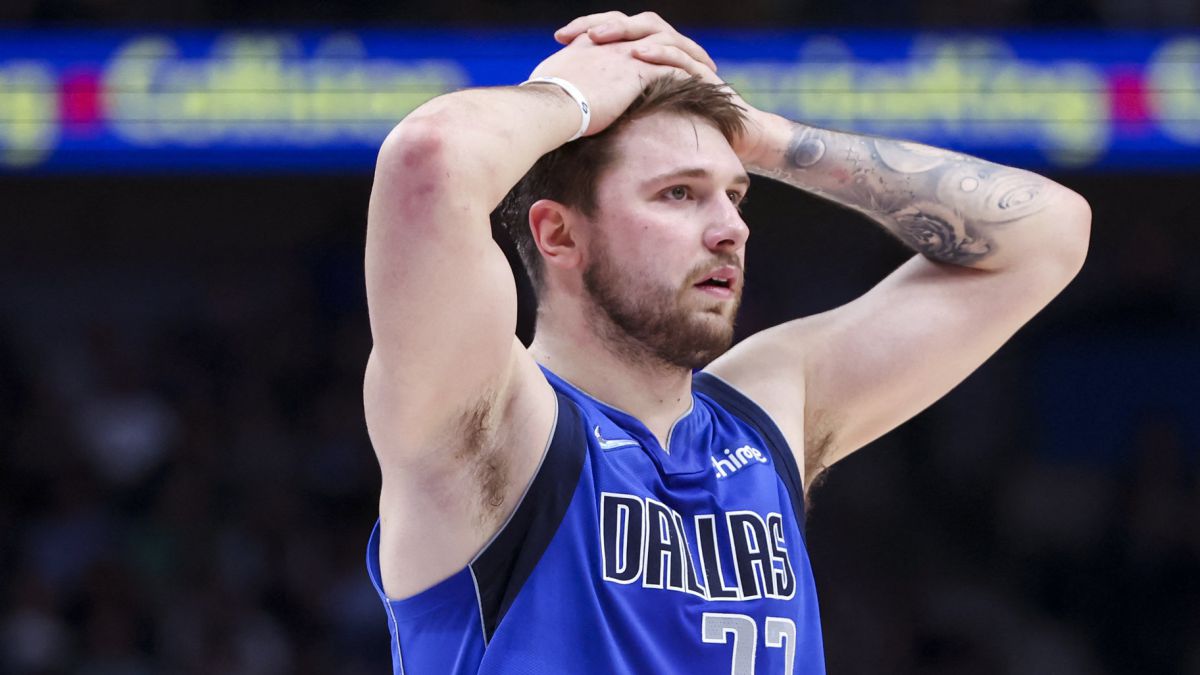 The fall had gotten too long for the Mavs. They had climbed many steps since doubts, logical in the face of a perhaps too unexpected change, surrounded the franchise when Porzingis was transferred and Dinwiddie and Bertans were received at the close of the market. The streak in which they had entered, of results but also of the game, had placed them at the top. That is why they have done so much damage when they have been knocked down from there with a blow. They were five consecutive victories, even the physical discomfort of Luka Doncic had been circumvented by pressing in other areas, the integration of the outsides was being magnificent and Kleber and Powell had taken a step forward as insiders, the Slovenian looked at the MVP with heavenly eyes and Dallas was arguably on the right track. It ends here, at least for the moment, the good vibes. Losing by 30 points in your house is a bitter pill; losing like this against these Knicks, so far from the illusion they carried last year, intensifies that irremediable flavor. It is not the end of a story, it does not seem like it, and the Mavericks are still well positioned in the Western Conference, it is a slip in which it is going to have to be analyzed if the problems were already there and escaped everyone’s vision or It’s about a fateful night and only isolated.

Those of Thibodeau scratched one more victory and make the opposite reflection. There is still something of that that made his fans believe in him. They have a streak of three wins in a row and go with the turbo on looking for the last position that gives access to the postseason. They took the Mavericks off the court for ambition, for example grabbing 18 more rebounds than them. It wasn’t even an exhibition in attack, the right thing was done and there was an abysmal difference that will fill those lungs with power. They are three wins away from the cut of tenth place, for a Hawks that have fallen even lower than them compared to last season, and four wins from ninth, for a very irregular Hornets, with the Wizards added to that exciting fight..

The string plays for outside shots didn’t go as smoothly as they had in the last month, and the result was a somewhat embarrassing mess. The Mavs scored only six triples, of which Doncic contributed half, in 44 attempts: 13% success. Between Bullock, Brunson, Bertans and Kleber, 0/22. Unbearable. Luka’s individual quality actions bore the brunt of ridicule all night. The local team was bordering that line until the end: from going into the break with a horrible 34-61 in the electronics to closing with a final round of 12-24 in which it did not make up but got worse. The Knicks only kept one line, striking hard at the entrances to the baskets and left a free man, without eccentricities, and that was enough for them without asking for more.

Doncic’s 31 points remained in the heavy backpack that the Mavs carried at the end. A bad start, in which the Knicks hit the jackpot and Robinson raised the level of intensity for a 2-13 run, had a continuation only starring Doncic and a stolen rebound in attack and a 2 + 1 punishing Randle. The power forward was the best on his side with 26 points. Barrett opened the field for the others and put his own, sometimes unlikely, and the motivation of Dallas was falling in large doses. They only won the third quarter and it was worth nothing.

Downstairs to the Mavs