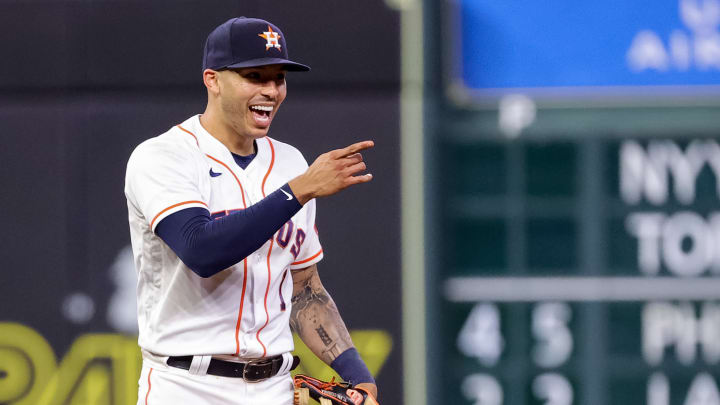 The resumption of negotiations in the market for Big leagues has fans waiting, who can’t wait to find out about the new destination of Carlos Correa.

The Puerto Rican shortstop is one of the most sought-after free agents in the MLB. Due to his quality and willingness to cover his high salary aspirations, these are the teams in which he would fit best.

After the failure of Gleyber Torres defending the position, the yankees they are looking for someone to hand over shortstop in 2022. Correa is coming off a Gold Glove win, is a good hitter to join sluggers Aaron Judge and Giancaro Stanton, and has the personality to succeed in New York. Management headed by Brian Cashman is said to have been in contact with his representative, Scott Boras.

The Dodgers had hoped to retain Corey Seager, their shortstop of the past seven seasons, but he left in free agency for the Texas Rangers. Now they must look for an elite shortstop and Correa, despite all the bad atmosphere generated by the sign-stealing scandal, emerges as the best option. In Los Angeles they have the financial muscle to pay the 350 million to which he aspires.

For all it is known, Correa has turned down at least three offers from Houston management in the past year, but even so, the Astros are not giving up hope of seeing him return to shortstop for Opening Day 2022. Correa has spent his entire career As a professional in this organization, after being the first selection in the 2012 Draft, he understands José Altuve like nobody else and in Houston they have not announced his successor.

Despite the fact that his signing would put them in a financial bind (they have the contracts of Nolan Arenado and Paul Goldschmidt), there is no doubt that the arrival of Carlos Correa in San Luis would put them in the category of favorites to reach the Series. World. At shortstop they have Paul DeJong, but there is no comparison between the two players.

4 teams where Carlos Correa would fit better in 2022