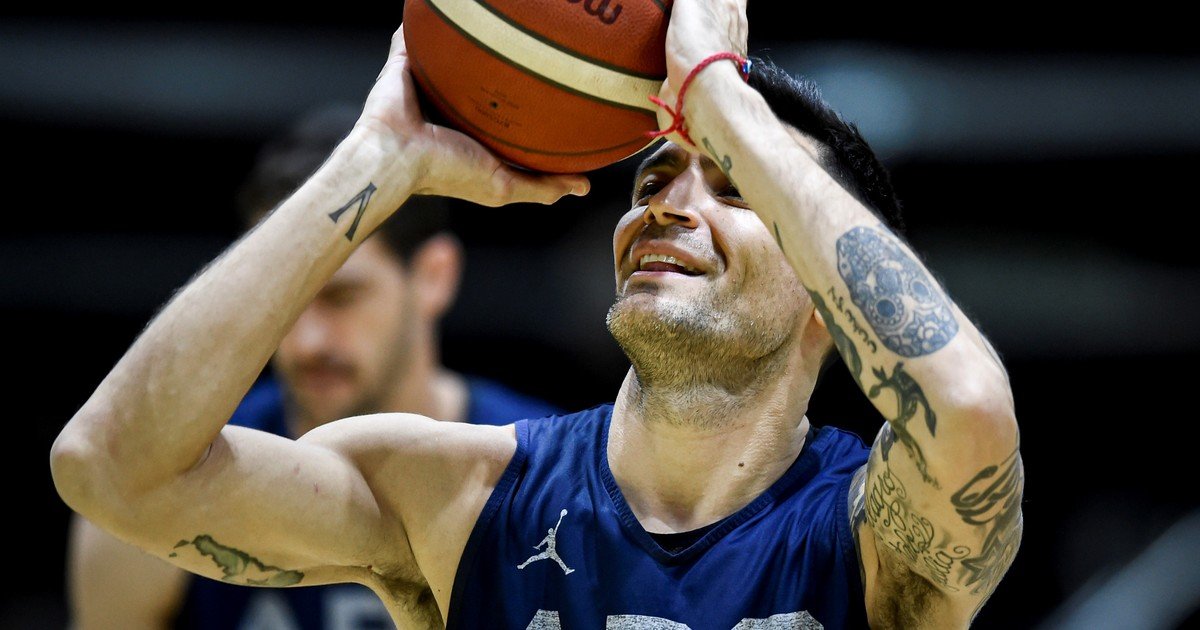 The second part of the interview with Carlos Delfino, exclusive with Olé, he points to his future, which he subordinates to his present and his body basically, to the messages he sends him.

-What is your goal in the National Team? Would you like to reach another World Cup, the Olympic Games? Because now you have more competition than before …

-I play. I play and I have another year of contract in Pesaro. And I am 39 years old. I know this is not going to be forever, I know that I am not going to be eternal. It will be a matter of the coach, of choosing. Honestly, not even when I was in the NBA was so sure of being on the team.

-Look, I remember in the 2006 World Cup, in preparation, we were many players playing in the NBA and we were with Walter Herrmann, we were roommates, two Olympic champions and we were playing in Santa Fe. When we played well and when we did things Well, between us we celebrated because we said we were going to meet. We are talking that we both played in the NBA, he was in a top moment, he had been MVP in Europe, I was in the NBA two years ago. And at that time we weren’t sure we were either.

-There are no credentials …

-That doesn’t mean anything, that’s why I’m talking about the meritocracy of who is there, who is not, who is with the power to choose. What I always thought is that whoever was in each tournament has deserved it for their performance and I always respected when I was inside and when I was outside. I didn’t cry when I was outside, nor did I point a finger at someone saying they didn’t deserve it, nor did I feel gifted when I had to be inside or the wrong choice. Each coach is lucky enough to choose and he is there for what he is, and the players have to adapt to forming a team of the National Team. What it means to put together the best possible group to compete.

Meanwhile, as I told you: I have one more year of contract, I plan to continue playing this year, calm down, I also have another year to play and I’m going to play it safely, and then, if it stretches … I don’t know if there is anything else or not. I feel that I am competitive now. If I will have to step aside, I do not know. But I’m not going to force anything, and I’m always trying to be positive to contribute, not to pull back or lock someone’s wheel.

-Manu Ginobili played his last game at 40. Luifa Scola did it at 41. You can easily pass them …

-Noooo. I do not compete with anyone. My competition was to reinvent myself and against my physique more than anything. I really always envied Manu and Luis, for the health they have enjoyed and for having stretched their careers so much. It’s the first thing I answer when asked why I’m playing. Why do I keep playing in Italy. I am in a team that maybe now is fighting below, not in one above, being possible to be in another more important place, playing other championships.

-But you’re happy in Pesaro.

-I am lucky to be doing what I like, close to my family; my children go to school as usual, I sleep in my bed and at home. So all this helps so that I can continue to emerge from this vice. The moment I realize it’s more of a burden, it can happen in two months or five years, I’m going to feel it. I’m going to keep listening to my body, I’m going to keep listening to how I feel, how I do it every day. Today I am having fun, today I do not suffer it, and really in this way I can continue doing it. Then it would be a bit crazy for me to be thinking much further. My body has taught me that I have to go more day by day and not think so much about future plans. Later time will tell. In the meantime, calm down and keep working.

-With the prize of having the Argentine shirt on …

-Which is the most beautiful thing there is, it is the prize that I have had since I have returned.