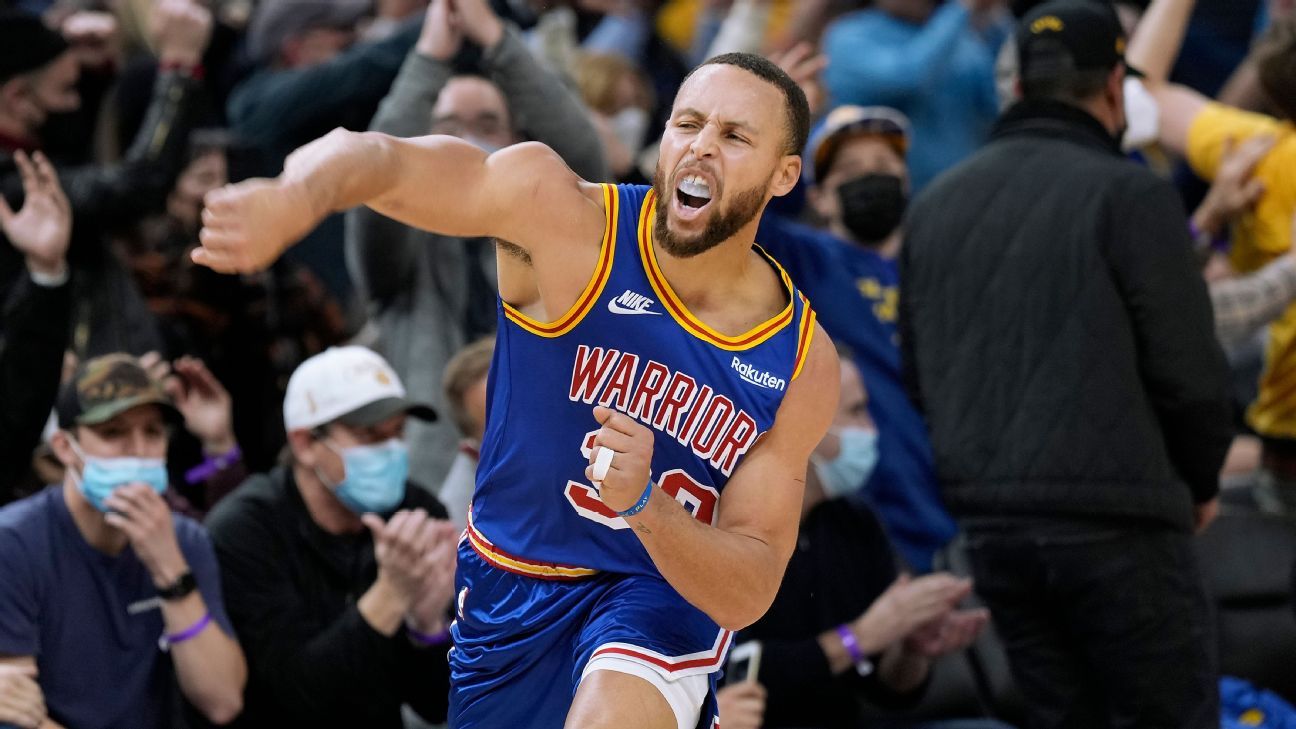 The star point guard of the Golden State Warriors, Stephen Curry, continues to nurture his history and add personal marks to the NBA.

On Tuesday, during the third quarter of the game against the Denver nuggets, the ‘Chef’ reached a whopping 3,000 tirples (the first in the existence of the NBA) after he fell one short of writing (that) story during Saturday’s Christmas Day game against the Phoenix Suns.

By Tuesday, reaching the mark was not entirely easy for the NBA’s best 3-point man. In the first quarter Curry went without points after a 0-2 from the arc and also 0-2 in shots from the field; in addition, he did not go to the free line.

For the second quarter, Curry still did not score: With 0-4 in triples and 0-4 from the field, something unusual for the top MVP candidate of the current season, and meanwhile, the score remained 43-28 in favor of the visitors.

His first two points of the night came with 2:08 left in the second quarter after an assist from the veteran. Andre Iguodala to make the score 55-35 at that time. So his record was 0-5 from the arc and 1-6 from the field. The first half went without Curry achieving the longed-for triple and with his team trailing at 60-36.

According to data from ESPN Stats & Info, Curry finished a first half without triples for the first time this season, while his only two encrypted units against Denver matched his fewest points in the first two quarters of a game throughout the regular season of the past 5 seasons. .

With 9:20 to go in the third period it seemed like the record triple was close when Curry went to the ‘sighs’ line after being fouled on a more than triple attempt. He hit the free three to score his first 5 points and move the score 60-41. So far he had made 6 unsuccessful 3-point attempts.

When the clock ticked 03.9 seconds to go in the third, it was the first triple of the night for Curry and the 3,000 of his career. His basket made the score 74-61 at the time and he reached 8 points in the game.

In the end, Curry was fired up and was close to leading Golden State to victory after scoring 23 points product of 5-14 in triples, 6-16 from the field and 6-7 from the free line; however, Denver held on to its lead from the first quarter to claim the 89-86 victory.

Curry reaches 3,000 3-pointers in his career