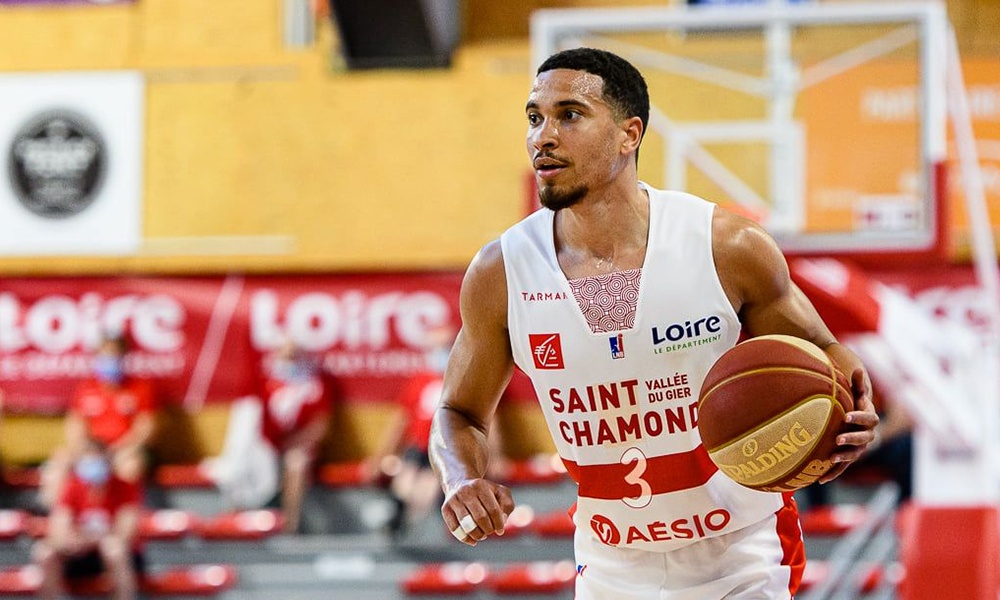 There are names that you are always waiting to make LEB Gold. Players that you hope every summer will not make that “qualitative leap” that separates them from the competition and that someone dares to sign them with an offer that convinces them. Swedish Charles ‘Challe’ Barton Jr (1992/193 cm), a combo guard of wide international travel, is one of them.

Son of coach Charles Barton and with a family linked to basketball, he was an outstanding player in the Swedish training teams, also setting good numbers in the Swedish second division. In this way, 12/11 came to Oregon State, where he spent three seasons with a rather secondary role. His return to Sweden came on 14/15, when he joined the Sundsvall Dragons for two high-level seasons (18.0 pt, 5.9 as). The 16/17 reached the German BBL (without many opportunities in Würzburg: 2.5 points, 1.4 as), finishing the course in the Italian A2 Series (Scafati).

On 17/18 he returned to Germany, but in a lower category (ProA), to sign with Kirchheim and leave (15.3 pt, 7.3 as), a role that earned him the following season a good contract in Belgium with Kangoeroes and show his solid one more season (12.1 pt, 3.3 ace). He started at home on 19/20 by committing himself to Djurgården (with his father on the bench), waiting for a juicy offer that would finally come from Austria; however, the outbreak of the pandemic barely let him play with Gmunden.

Finally, the 20/21 season, which began in Jämtland (three games) before arriving in Estonia to play a good role in Tartu. Without obtaining great group results, the new GBC player stood out with interesting averages (32 mi, 12 pt, 4.7 as), signing in the French ProB after the league in the Baltic country (in Saint-Chamond he helped the team in a frenzied final phase: 10 dc, 15 mi, 5.0 pt, 3.1 ace). In addition to his career overseas, is a player who has always been in the orbit of the Swedish team, adding several calls.

Barton is a physical base, rhythm, with points, very difficult to stop when he penetrates, with high vision of the game and with high efficiency to divide the opposing defenses. In addition, you can also score three. In defense, he knows how to take advantage of his plant to stop the players of the backcourt rival. We are talking about a consolidated player, but who has not finished exploding or establishing himself and who may see his move to the GBC as an opportunity to land in Spain.

What can you contribute to Lolo Encinas’ painting? The first thing to keep in mind is that Acunsa Gipuzkoa Basket He has already signed two point guards: on the one hand, the dynamic Icelandic ‘one’ Ægir Steinarsson (well worth it) and, on the other, the Basque Aitor Zubizarreta. Given such a squad, it is clear that Challe will play mostly as ‘two’, something for which he has quality to spare, being able to even alternate positions when he is with Zubi on the court. With a squad with good shooters (Ben Simons, Kyle Mallers, Ander Martínez…) and full of warriors like Mikel Motos or the aforementioned Zubizarreta, a player who creates options seems necessary, and that’s when the figure of Barton appears. Able to create his points with his 1 × 1 or direct blocking game, he can shoot after bounce or finish near the rim, taking quite a few fouls. Without having a consistent outside shot (the GBC doesn’t need to look at the shooters’ roster), Barton can score if necessary.

In short, a player with extensive international experience and quality arrives, but with the doubt why he has not been established internationally before. Given the composition of the San Sebastian squad, Charles Barton will have minutes and will play an important role, so we should be happy about his arrival and all that he can contribute to the competition.