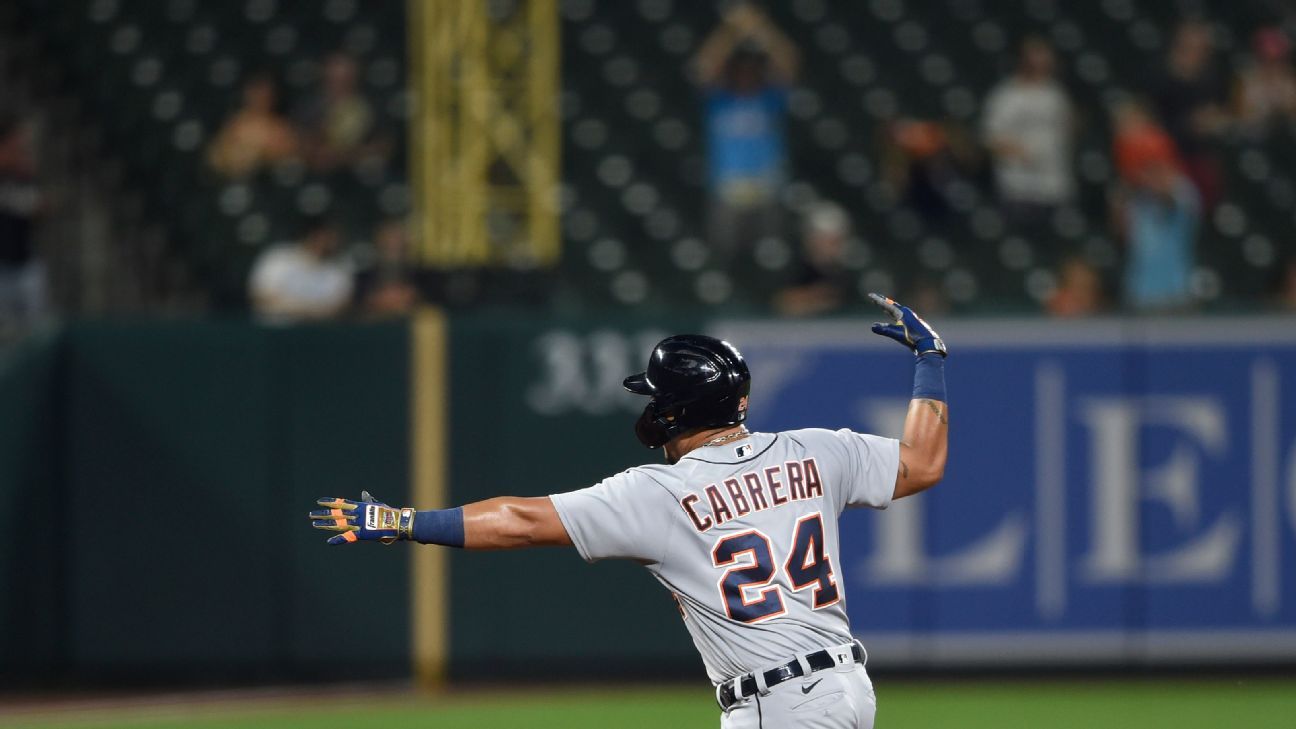 The Venezuelan Miguel Cabrera He hit his 499th career home run in the Detroit Tigers game against the Baltimore Orioles at Oriole Park at Camden Yard.

With one out on the board, on a 1-2 count and the bases clean, Cabrera hit a curveball from right Matt harvey to open the fifth inning and sent her into the center field stands to put the Tigers in front, who added another two laps to take a 3-0 lead.

A sacrifice fly by Cabrera in the sixth inning pushed another run for the Motor City felines.

Cabrera, a two-time winner of the AL Most Valuable Player award, is looking to become the 28th player to hit 500 home runs in Major League Baseball history. When he succeeds, he will be the first Venezuelan to do so and the seventh Latin American on the list.

Cabrera is looking to join Hank Aaron, Willie Mays, Eddie Murray, Pujols, Rodriguez and Palmeiro as the only ones to combine 3,000 hits and 500 home runs in their majors.

The 38-year-old slugger veteran is hitting .256 with 12 homers and 51 RBIs this season, the 19th in the majors for the Venezuelan.