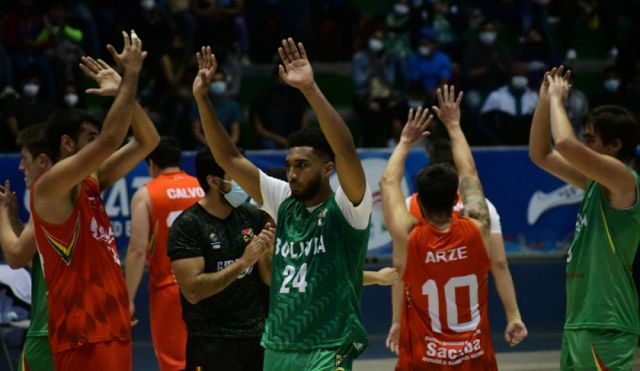 The Bolivian National Team played an exhibition match in Quillacollo on Friday.

The road to the 2023 FIBA ​​World Cup Qualifiers for the Philippines-Indonesia-Japan continues tonight (22: 00HB) for Bolivia. The national team will debut in the second phase of the pre-qualifier against Chile, host of the home run.

After having surpassed Ecuador in the first phase, the Green deluded the whole country that reaching the qualifying rounds was possible. Starting today, he will have to prove it on the court.

It will not be an easy task. Bolivia must face Chile, which starts as a favorite to win the league due to their local status and the level of their players.

It will be the first obstacle and the most complicated for those led by Giovanny Vargas, who is aware of the difference between the two teams.

“Although the differences between our country and the others are abysmal from the economic to the sports, you can play a great role, especially for the litter of players who today are very important for the country,” said the strategist last Saturday before embarking on a trip to Santiago.

The national team had a two-week preparation in Cochabamba, where the team had better conditions than for the match against Ecuador, in June. “Training here in Cochabamba has served us a lot, we have been very comfortable with the help of the municipalities of Quillacollo, Sacaba, Cercado and also with the support of the Vice Ministry of Sports,” he said.

Public institutions and private companies gave all the comforts to a national team that knew how to thank Valluna hospitality.

The strategist was sincere in acknowledging that defeat against Chile is within the possibilities; however, he pointed out that the objective is to beat Nicaragua and Paraguay, and thus achieve one of the two tickets for the qualifying rounds.

The presence in the home run of the American-Bolivian player Joshua Reaves was in doubt after the mother of the basketball player could not enter Chile as she was not on the list of the Bolivian Basketball Federation (FBB).

Being accompanied by his mother was one of the requirements for Reaves to return to La Verde, after having dissociated himself before the revenge with Ecuador, denouncing mistreatment and lack of conditions.

However, Reaves reached an agreement with the FBF to wear the green coat, despite the fact that the procedures for his mother’s admission were not successful.

“Unfortunately that could not be fixed and he will not be able to come. But we spoke with Josh and because of the affection he has for the country and the national team agreed to stay to play ”, confirmed DT Vargas to Premium.